The Jovian Concord update brought a lot of things to Warframe. The most exciting one is the fight with deadly Ropalolyst, a gigantic bird-like Sentient boss. It is found in the Corpus Gas City on Jupiter. The fight with Ropalolyst is quite a dangerous one as the Sentient boss can fly and also deal a substantial amount of damage. The encounter with the Ropalolyst, also known as; ‘flying Eidolon’ or simply ‘Flydolon,’ is one of the best boss fights in the game.

The location of the Ropalolyst is on Jupiter. Finding it is quite straightforward as you can directly go there using the navigation menu by selecting Jupiter. Once you click on it, there’s an unskippable cut scene, which introduces the Ropalolyst. This is when the fight will begin. Now to know about the way of killing Warframe Ropalolyst, keep reading. 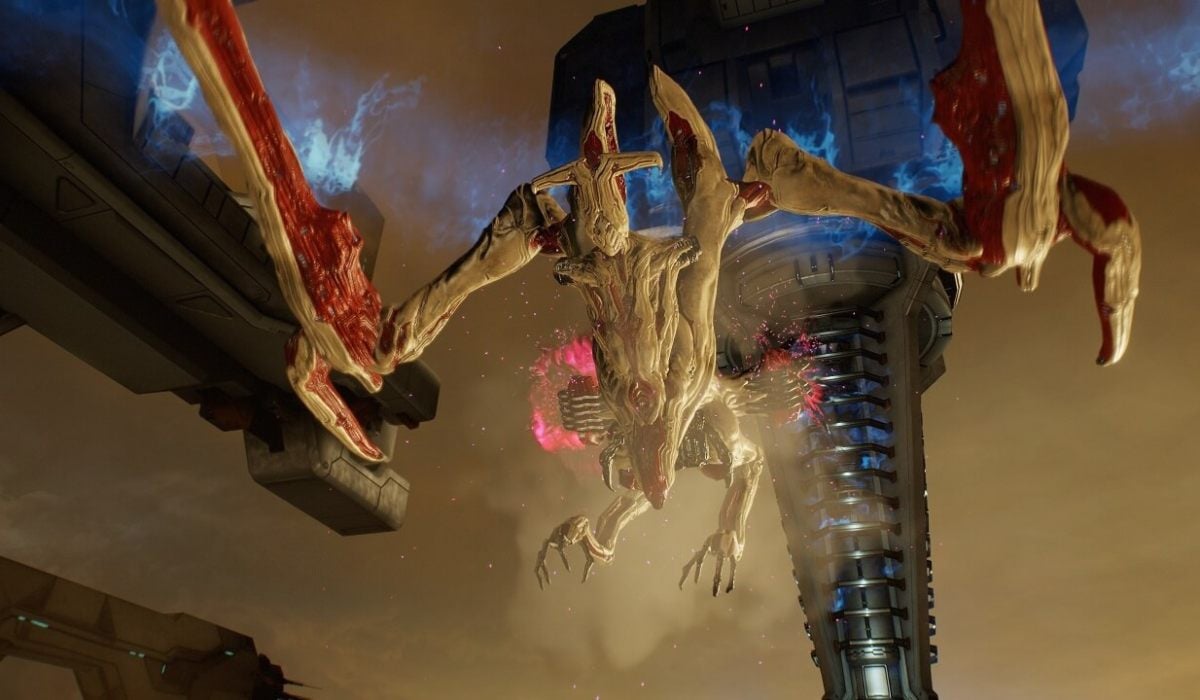 How to kill Warframe Ropalolyst?

The Ropalolyst is a powerful Sentient boss and has a lot of abilities, including attacking with a large charged laser, bursts of lasers, grabbing players, seeking projectiles, and many more. The worst part is its flying ability because you can’t kill it without taking out the flying abilities. So without taking much of your time, let us take a look at how to kill Ropalolyst.

Step 1: Like all assassination missions in Warframe, you need to head to the location marked by wavepoint and hit the button to begin the fight. You will come across several enemies on the way but it is not essential to kill them. However, you can do the same to get extra loot.

Step 2: As the mission begins, the first thing you must do is lighting up the three generators/big pylons located around the edge of the arena. To do so, you will have to use the Ropalolyst. Walk on the cables to the pylon and have Ropalolyst fire at them. Repeat the same for all pylons to charge them up. 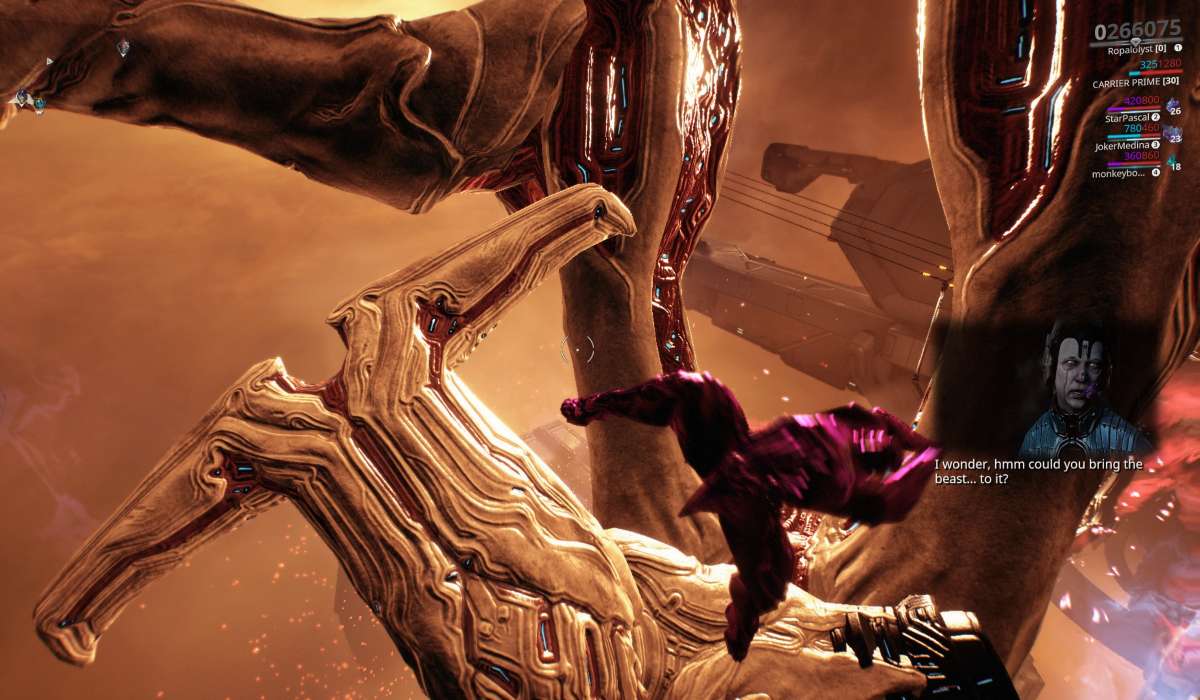 Step 3: Now it is time to use the Amp to strip the Ropalolyst’s shield. Climb on the top of the shield when it is down by pressing X. Now, when you are up there, you are in control. Use it to drive the Ropalolyst straight into the pylon.

Step 4: Finally, you have cut its ability to fly. It’s time to fight it like other, Eidolons by attacking the weak spots. When grounded, it will try to use Seeking Missiles and Grab; make sure to keep yourself safe from them. Continue to strip the shield and attack on the weak points, especially the two Synovia nodes at its back. This will stun the Sentient boss. Make sure to keep an eye on the central platform of the fight. Now use the console at the platform’s end to dish out heavy damage to the boss.

Step 5: After the boss has lost most of the strength, you can activate the Terren Charger to finally kill the Ropalolyst. After this, the screen will go white and you will need to head to the extraction point to finish the mission. 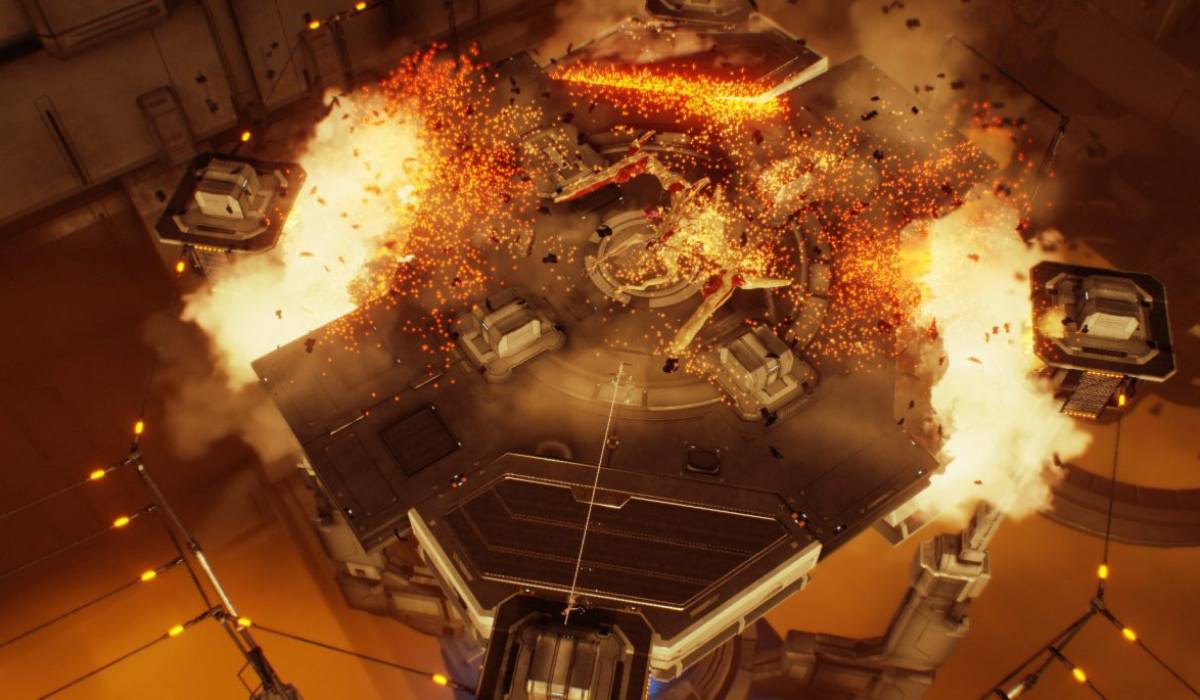 The Ropalolyst is easy to defeat if you do all the above-mentioned things correctly. The majestic thing about fighting the Sentient boss is the cool animation sequences that make the fight just like a cinematic story. Knowing the right ways and methods will make the fight with the Ropalolyst a memorable one for you in Warframe. If you need any other guide related to Warframe, just let us know in the comment section. Till then, keep gaming.