Technology, Gadgets, and Entertainment have played a big role in our life. In 2019, we’re quite an entertainment lovers whether it may be streaming online media or playing games. But in terms of an all-in-one entertainment solution, there is a lack of polished platform or software which can run easily on any device. But now, one of the most compatible and fully-featured media solutions Kodi is here. Now, you may want to know about Kodi.

The media solution service has actually been available back in 2002, known as the Xbox Media Player. In the year of 2003, it became the Xbox Media Center. But after 2014, the XBMC Foundation has renamed it Kodi. Here in this guide, we’ll share with you some brief details about Kodi and its features and even how does Kodi work. So, let’s take a brief look at Kodi and its features.

How to Get Kodi on Roku

Kodi (known as Xbox Media Center) is an open-source media player that is now quite popular and used worldwide. Kodi is available for multiple operating systems and hardware platforms. It uses a software called a 10-foot user interface for televisions and remote controls. It allows users to stream or view media contents online or offline mode. Such as videos, music, podcasts from the internet as well as local or network storage media contents.

It’s available for iOS, Android, Linux, Microsoft Windows, macOS, tvOS, FreeBSD platforms. The open-source media center software offers plenty of online streaming content that you can run on any of your devices including TV, PC/Laptop, Tablet device, and more. Most importantly, you can also run Kodi on your Raspberry Pi.

The Xbox Media Player was launched for the Xbox Gaming Console previously. But now it’s available for multiple popular platforms as mentioned above. Now, talking about the features or advantages, Kodi offers a lot of things that users always want to have. Have a look at it.

You can also download the Kodi App from both Google Play Store and Apple App Store below. If you want to download the firmware on your desktop or Macbook easily, you can visit Kodi.tv official website. Ensure to keep updating your Kodi software to its latest version whenever a new update will be available. 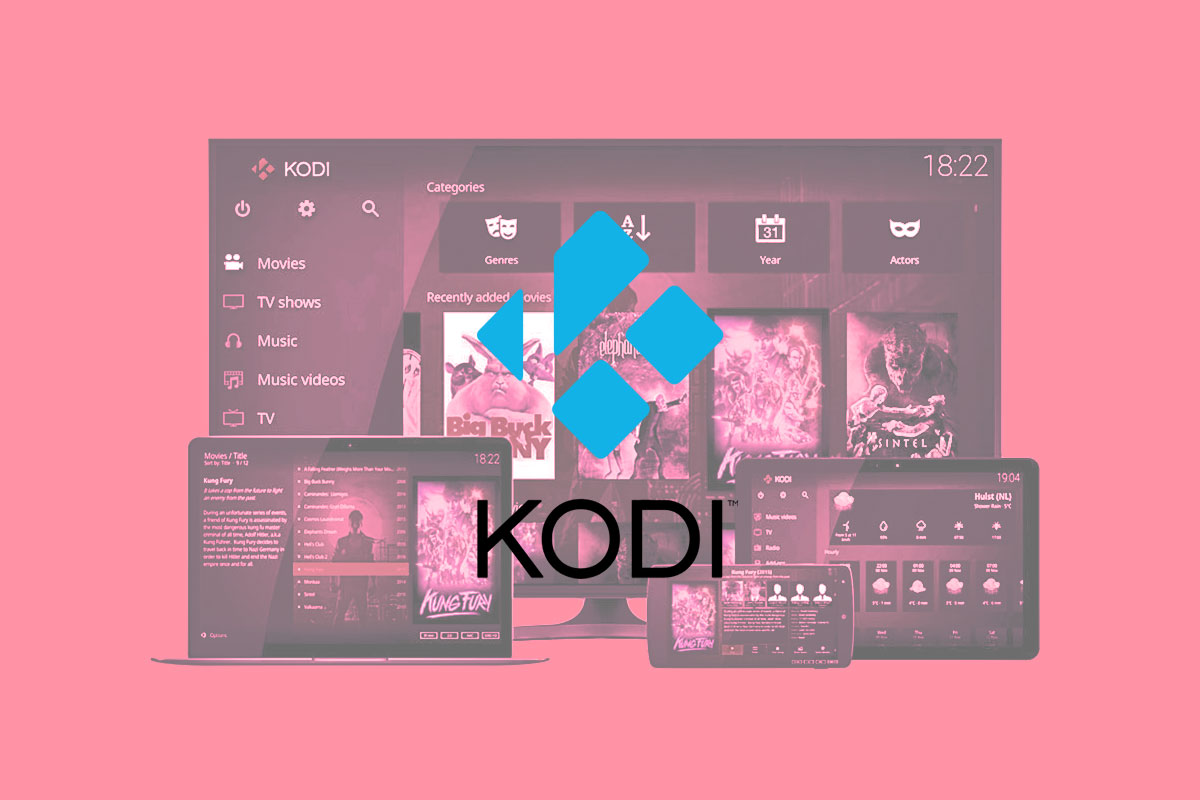 How Does Kodi Work?

Kodi is an XBMC Foundation-owned, non-profit technology consortium. This media center lets you store all your content at a single place and gives you access to open or play it virtually anytime anywhere.

It’s worth mentioning that Kodi doesn’t provide media itself. The users have to provide their own local content or online media content for streaming. Kodi has been designed especially for the Television audience who can enjoy the digital content without any screen size limitation. That means it plays the role of SmartTV like features.

Additionally, Kodi can also perform as a gaming console. There are many Kodi add-ons available that allow you to browse and launch Emulator ROMs and standalone games in XMBC.

It can also run media files from WebDAV (Web Distributed Authoring and Versioning) or UPnP (Universal Plug and Play) platforms. It can also run videos in 720P, 1080i, and 1080P resolutions.

You can easily organize the video files by the information, type, date, and name. In the library section, you can browse and sort the content by Genre, Title, Year, Actors, Directors, etc.

Kodi uses DVDPlayer for playing the videos. One of the most useful features is direct pause and playback of DVD movies directly in formats like ISO, IMG, RAR, ZIP, etc.

Add-ons plays a huge role in any software or application with so many features and options. Kodi add-ons are one of them. Kodi add-ons are quite useful and have been developed by XBMC Foundation and some third-party developers.

You can easily find add-ons according to your need from the official Kodi repository and from third-party repositories. There are different kinds of add-ons for Kodi which you can find and change your streaming experience. Here are some categories – Gaming, Lyrics, Video, Audio, Web Interface, Weather, etc.

People are using Kodi Boxes to get rid of the cable TV completely. A Kodi Box is a stand-alone device that can connect directly to your monitor or TV port. These boxes come with pre-installed apps and similarly runs like a set-top box for cable TVs.

That means the Boxes and Remotes will also come in handy for most of the people who are TV Entertainment lovers and can browse locally or online to stream contents based on their preferences. Meanwhile, you can also use MCE remotes and smartphones to control software. Even Apple TV remote is compatible and works well with Kodi.

Can I Do Live Stream With Kodi TV?

Yes! You can do the live stream with Kodi TV and record videos via the PVR to a backend TV server that can stream live television and record content over the internet connection.

Is Kodi Legal and Safe?

Yeah. Kodi is completely legal and safe to use.

However, it can stream copyrighted content or pirated content over internet-based on TV Add-ons or extensions. But that’s up to you. If you don’t use such add-ons that promotes piracy, you’re good to go. Sometimes, in the excitement, we prefer any newly released or popular or viral content over the internet even in the pirated version. Be safe with those contents. Online media streaming platforms do have a lot of free content and paid content. Use them to keep it legal and enjoyable.