All new developments related to Xiaomi Mi 10 and Mi 10 Pro Android 11 updates are continuously being added at the end of this post.

Every year Google releases a designated timeline and then releases the new Android upgrade in batches, in sync with the timeline. Although the timeline was released this year as well, due to some unavoidable circumstances, it has to deviate from its schedule. The first four developer previews were near about as planned. However, the first beta update had to witness a few delays. Anyway, it is now live and a slew of OEMs have come forward to adopt it. In this regard, Xiaomi is also turning out to be quite an active player. The Xiaomi M 10 and Mi 10 Pro are the latest devices to get the Android 11 Beta 1 update.

The developer previews are strictly for the Pixels (and GSI for Project Treble devices). However, since the Beta build gets live, other OEMs could adopt it as well. Recently we covered about Oppo’s notion of bringing the said update to the Reno X2 series. Likewise, OnePlus also announced the same for its latest flagships. After that, Vivo was quick to jump to the scene and announced the Android 11 Beta update for the iQOO 3, both 4G and 5g variants. And now, Xiaomi has also come to the fore with its latest announcement concerning the Mi 10 variants.

As of now, the Xiaomi Mi 10 has been blessed with the Android 11 Beta 1 update, and the Pro variant might follow it anytime soon. In this guide, we will share the download link as well as the installation instructions. But before that, let us make you aware of everything new in the latest Android build. Follow along. 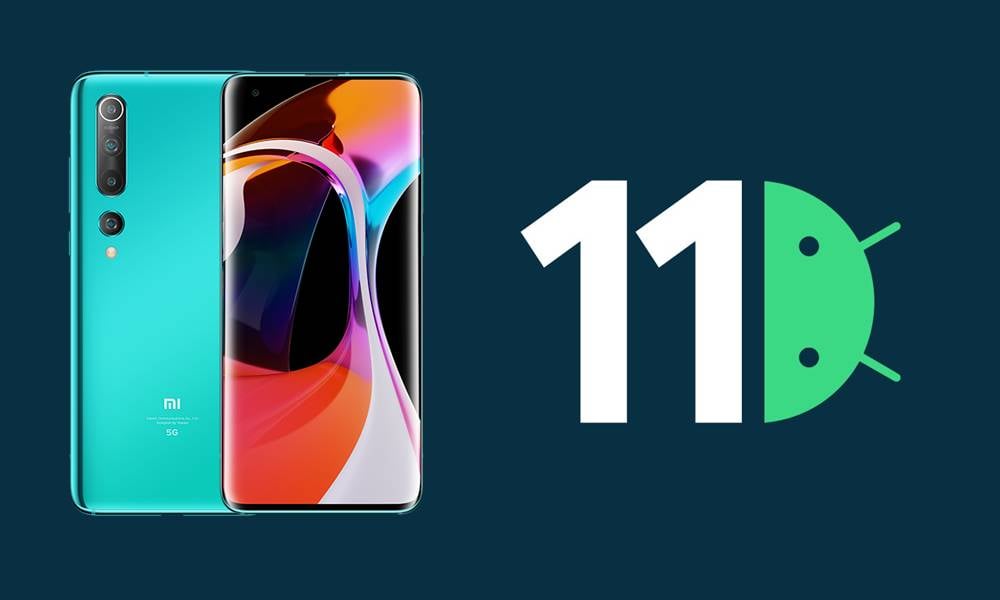 Here is everything you need to be aware of in the latest Android 11 build.

Some much-needed changes are made to Location permissions as well. In Android 10, Google added the option to allow permission while you are using the app. Now, apart from that, there are two other options: Only this time, Deny. The former is the new addition to the list. You could now give location permissions to any app only for one single time.

The media toggles are now also moved to the Quick Settings. Up until now, it was present in the notification bar itself. As far as the options go, it consists of the same three: Next, Pause and Previous.

There have been some pretty nifty additions to the Power Menu as well. You could now control all your smart home appliances right fro the Power menu itself. It has added the smart home control buttons on the said menu. you no longer would need to launch the Google Home app.

Android 11 has also introduced Bubble Conversations for every messaging app. You could drag pace this bubble anywhere on the screen. Does it all sound similar? Well, it is similar to Facebook’s Messenger has to offer.

To be fair, these are just some of the pretty impressive features of the latest Android version. For the complete list, head over to our detailed Android 11 guide. With that said, here are the detailed instruction set on how to install the Android 11 Beta update on Xiaomi Mi 10 and Mi 10 Pro.

Before will list out the instructions set, we will like to shed light on some pretty important points. First of all, it is a beta update and might be buggy and unstable as well. It shouldn’t be used as your daily driver under any circumstances. If you wish to try the new and exciting features then this build is just for you, but at the same time, you will have to trade off on the stability front. If you are ready for the same, go through the below prerequisites first and then proceed with the installation instructions.

Since we are flashing the Fastboot package and not the recovery one, you can’t flash it via stock Recovery or Updater app. To flash a Fastboot ROM in Xiaomi, you will need the Mi Flash Tool plus an unlocked bootloader. Here is everything you need to be aware of.

You could now download the Android 11 Beta 1 update for Xiaomi Mi 10 from the below link:

So this was all from this guide on how to install the Android 11 Beta 1 update on Xiaomi Mi 10. We will update the guide as and when the build for the Mi 10 Pro goes live. Also, keep in mind that you will have to set up your device from scratch, considering a reset has been taken place. Furthermore, the first boot will take some time, that’s nothing to worry about. Once it does boot and you have used, do let us know your views on the latest iteration of this Android build. Likewise, you could also drop in your queries in the comments section. Rounding off, here are some iPhone Tips and Tricks, PC tips and tricks, and Android Tips and Tricks that you should check out as well. 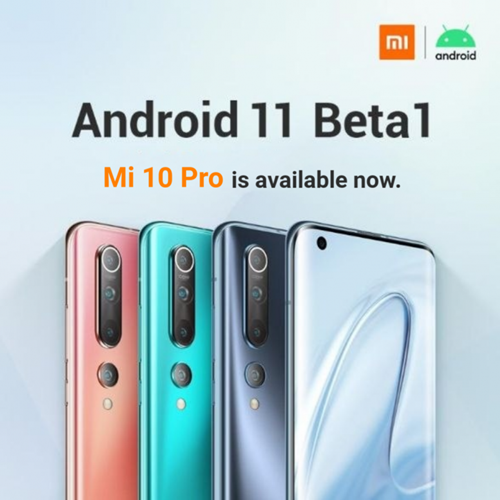 The Android 11 Beta 1 Update is now live for Mi 10 Pro devices. The prerequisites are the same as of the Mi 10, with your device requiring an unlocked bootloader. So download the ROM file from the below link and follow the exact same steps as mentioned for the Mi 10 device, via the Mi Flash Tool. If you have any queries regarding the same, do drop in your issues in the comments below. Download Android 11 Beta 1 Mi 10 Pro: Link

The Android 11 beta stable update is now rolling out for Mi 10 and Mi 10 Pro. As of now, it is live in China, Europe, and Global regions. At the time of writing, it is only available for the Mi Pilot program members. You could download the said update package from the below link:

The MIUI 12 beta stable update based on Android 11 is now rolling out for Mi 10 users in China. It comes with the update version 12.1.5.0.RJBCNXM. If you are part of the Mi Pilot program, then you could try out the update right. You could also manually download the update from below:

Well, it seems the day is yet to get over for the Xiaomi users. just a few hours after the MIUI 12 beta stable update for Mi 10 in China, the update has now started for the Mi 10 Pro users as well. Again it is only limited to China as of now. Coming in with version 12.1.3.0.RJACNXM, you could download the update from below as well:

That’s not it. The update has also started rolling out for the global variant of the Mi 10 Pro. It comes with the software version 12.1.2.0.RJAMIXM. here’s the download link for the same:

The Mi 10 users in China are getting another update. The Android 11 beta stable update carries the version number V12.2.2.0.RJBCNXM. If you are looking  to manually download it, then the below links shall help you out:

The MIUI 12.2.2.0 update for the Mi 10 devices is again rolling out after patching the bugs present in the earlier update. Here is the complete changelog of this update:

The Chinese OEM is rolling out a new Android 11-based beta stable update for Mi 10. Available for the global version, it accompanies the software version 12.2.1.0.RJBMIXM. You could manually download the same from the below link:

Here’s the changelog of this update:

[Camera]
New: New templates for vlogs
New: Vlogs can be now saved as drafts
Optimization: New vlog templates and presets will be available for downloading from the cloud from now on

Xiaomi is now rolling out a new Android 11 beta update for its Mi 10 Pro device. Accompanying the software version V12.2.1.0.RJAMIXM, there are a bunch of new camera features and improvements to the overall system stability. One important thing to keep in mind is that the update is currently for the Mi Pilot Tester members only. Hence it is a limited release.

With that said, if you are one of the testers but haven’t got your share of the said update, then you could manually download it from the below link. The link also has the detailed changelog, so don’t forget to check it out as well.

The stable Android 11 update for Mi 10 is now rolling out in Europe and India. As far as the European build is concerned, it comes with the software version 12.2.1.0.RJBEUXM. Likewise, you will also be getting the October 2020 security patch. If you haven’t yet received the OTA update, then you could manually grab it from the below link:

Along the same lines, the Android 11 update for Mi 10 in India is also rolling out. Having the software version  V12.2.2.0.RJBINXM, this stable update also brings in the October 2020 security patch. With that said, you could directly download the said update from below, if the OTA is yet to arrive on your device:

Following the Mi 10, its Pro variant has now picked up the Android 11 update as well, albeit in the Europe region. Accompanying the Build Number V12.2.1.0.RJAEUXM, this beta update might be around the corners. However, if you haven’t received the OTA yet, you could manually download and install it on your device from the below link as well.