Xiaomi; the Chinese tech giant has been in the market for a long period. The brand now has unveiled its 10th-anniversary special flagships the Xiaomi Mi 10 and Mi 10 Pro. Both smartphones come with great specifications except for some downgrades like the 90Hz panel. We have seen the 120Hz panel in the Galaxy S20 series and OnePlus will also use this 120Hz panel in their upcoming OnePlus 8 series of devices.  This device has a better camera and faster-charging speed compared to the lower Mi 10.

However, if you’re using the device or want to buy it, you should bookmark this article to get the latest Xiaomi Mi 10 Pro Stock Firmware Collections. We will provide you all the firmware details, requirements, and full installation guide on your Xiaomi device properly.

Google’s Android OS is really customizable and easy to use for developers and users as well. Due to its Linux platform and open-source nature, anyone can build a custom ROM with the kernel source. So, sometimes an advanced Android user can flash any other custom ROM or mod files or root the Mi 10 Pro handset. In this case, due to stability issues or improper ways to flash the file, users may find difficulties using Custom ROMs. You may face problems like touch unresponsive, screen freezing, camera fails, or boot loop issues. Therefore, you can factory reset or flash the latest Xiaomi Mi 10 Pro Stock ROM. Check the advantages of Stock Firmware given below. 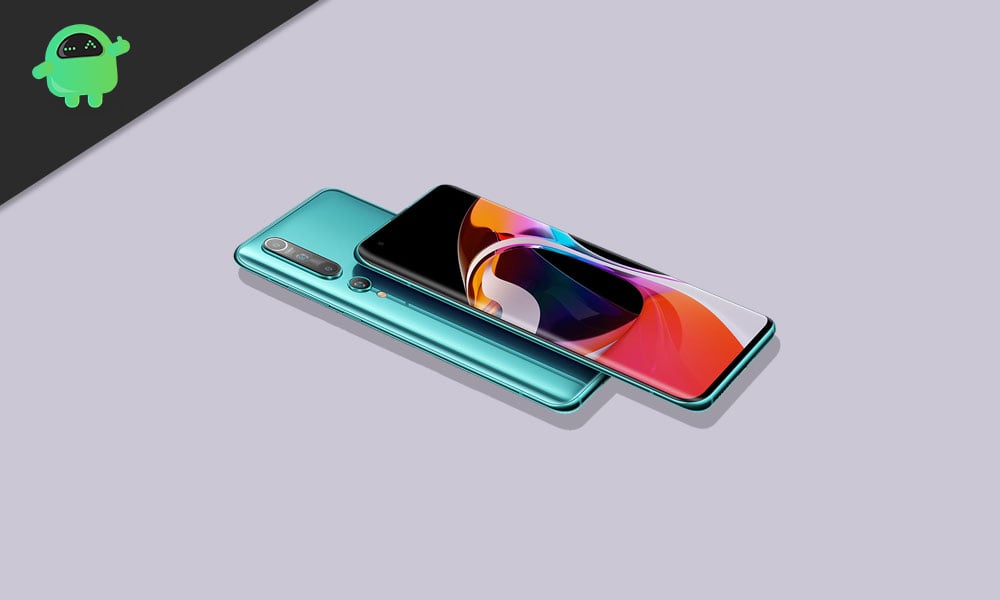 The Xiaomi Mi 10 Pro 5G sports a 6.67 Super AMOLED panel with Full HD+ screen resolution and with curved edges. Sadly this panel only supports the 90Hz screen refresh rate which is lower compared to the 120Hz display on the Galaxy S20 series. This also comes with support for the 180 Hz touch sampling rate. Further, this display can also go up to 1120 nits of peak brightness, and it can have 4096 levels of brightness adjustment and supports DC dimming. It is also capable of HDR10 and DCI-P3. It also has a screen to body ratio of 89.8 percent, an aspect ratio of 18:5:9, a pixel density of 386 Pixel Per Inch (PPI). A contrast ratio of 5,000,000:1, and with a resolution of 1080 x 2340 pixels. This panel also features an in-display fingerprint scanner and gets protects by the Corning Gorilla Glass.

Coming to the optics department, the Mi 10 Pro sports a quad rear camera setup which is placed in a horizontal setup. Where the three sensors are arranged in the same setup and the fourth sensor and LED flash placed below this. This quad rear camera includes a 108MP Samsung ISOCELL Bright HMX primary sensor with an f/1.7 aperture value, 7-element lens, sensor size of 1/1.33-inch, PDAF, Laser AF, and OIS support. This huge sensor pairs with a 20MP wide-angle lens with a 123-degree field of view and f/2.2 aperture value. Further, it has also a tertiary 8MP telephoto sensor with an f/2.0 aperture value, Laser AF, OIS, and also 10x hybrid optical zoom.

Finally, the device has a 12MP portrait sensor with an f/2.0 aperture value, dual pixel PDAF, and 2x optical zoom. With this camera set up the device will allow its users to capture 8K videos at a resolution of 7,680 x 4,320 pixels just like the Galaxy S20 series. This device can also shoot videos with 2160p @ 30/60fps, 1080p @ 30/ 60 / 120/ 240/ 960fps. It also supports for Triple LED dual-tone flash, HDR, and panorama. To the front, there is a single 20MP sensor with an f/2.0 aperture value. This front camera sits inside the punch hole which is placed to the left of the screen. Further, the DxOMark has awarded the Mi 10 Pro a photography score of 124, which makes this as the best-rated smartphone for photography.

The Mi 10 Pro packs a 4,500 mAh Li-Pro battery which charges over a USB type C port. This device comes with support for a massive 65W fast charging. However, in the box, Xiaomi only provides the 50W fast charger, you have to buy it separately. It also supports for Power Delivery 3.0, Fast wireless charging with 30W, and Power bank / Reverse wireless charging of 10W. This smartphone runs on Miui 11 which runs on top of Android 11.  The device is available in two color options namely the Pearl White and Starry Blue.

MIUI is one of the most popular and widely used custom skin cum Stock ROM for Xiaomi devices. Most of the Xiaomi devices whether it’s Mi-series or Redmi series, all are running on MIUI ROM. It’s quite stable and smoother provided by the company which offers so many features. Xiaomi didn’t roll out frequent software updates or major Android versions to its devices. Still, the MIUI developers and beta users make it possible to include most of the useful features in it without providing the latest Android updates. It’s developer-friendly like OxygenOS and almost fast enough like Stock Android UI.

Xiaomi devices do come with MIUI stock ROM by default but users can flash other custom firmware files easily due to third-party ROM support. But this third-party firmware doesn’t go for long as your daily driver. It has so many bugs and stability issues which you won’t find in a Stock ROM. That’s why if you’re facing any issues while or after installing any Custom ROM, coming back to the Stock ROM will be handy for you. By doing this, you will unbrick, unroot, fix lags your device software easily.

We’re at GetDroidTips will not be responsible for any kind of damage occurs to the device that may happen during/after following this guide. Proceed at your own risk.

In order to install MIUI Stock ROM on Xiaomi Mi 10 Pro, we have provided two methods, either you can follow the Recovery method or the fastboot method. You will find a detailed guide on both methods in a link which is given below:

Guide to Install Stock ROM on any Xiaomi Device

For better visual support, you can also check out our full-depth video tutorial from the link below as well:

We assume that you’ve successfully installed the latest update on your Xiaomi Mi 10 Pro device by following this guide easily.