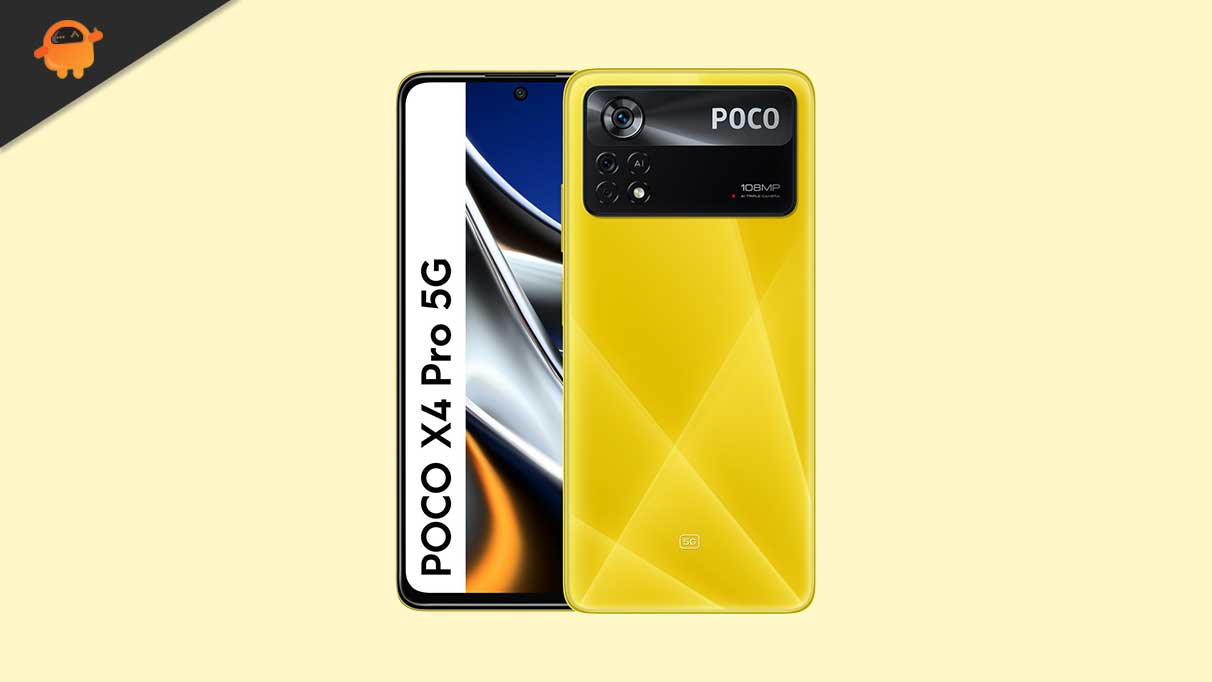 The Poco X4 Pro 5G features a 6.67 inches AMOLED panel with a 120 Hz refresh rate. It is an FHD+ panel with a resolution of 1080 x 2400 pixels and an aspect ratio of 20:9. The screen has a peak brightness of 1200 nits. Under the hood, we get the Qualcomm Snapdragon 695 5G processor built on a 6nm manufacturing process. It is an octa-core processor with two Kryo 660 Gold cores clocked at 2.2 GHz and six Kryo 660 Silver cores clocked at 1.7 GHz. For handling the graphics-intensive tasks, we have the Adreno 619. The smartphone comes with Android 11 out of the box with MIUI 13 skin running on it.

As the title suggests, we’ve shared the requirements and steps to flash the AOSP Android 13 build on the Poco X4 Pro 5G (veux) variant.

You can skip this adb and fastboot part if you have already installed TWRP Recovery on your Poco X4 Pro 5G.

You must first unlock the bootloader on your Poco X4 Pro 5G to enjoy any custom ROM.

Here, you will find all the Android 13 custom ROM for your Xiaomi Poco X4 Pro 5G (veux).

Your device will now boot to the newly installed OS. With this, we conclude the guide on installing the AOSP Android 13 on Poco X4 Pro 5G. Remember that the first boot might take time, and you might have to set up your device from scratch.

According to Xiaomi’s official blog, the company is committed to delivering 3 major Android OS updates and 4 years of Android Security Patches. Well, the Poco X4 Pro 5G came out of the box with Android 11 based on MIUI 13, and recently Xiaomi has started testing the Android 12 beta build internally. There is no info on whether Xiaomi will roll out the Android 13 anytime soon. However, if you are here to know the exact date, we regret it because no such news is coming out from the official’s side. But, it is confirmed that by the end of 2023, you’ll get the update.

Regrettably, we do not have any particular release date for Android 13 for the Poco X4 Pro 5G. But, you can bookmark this page as we will soon add an update tracker to this page along with respective links. So, just stay tuned with GetDroidTips.

Updated on September 02, 2022: Xiaomi started seeding July 2022 security patch update for the device with software version V13.0.2.0.SKCMIXM. The update is based on Android 12.

Updated on October 25, 2022: Xiaomi started seeding October 2022 security patch update for the device with software version V13.0.4.0.SKCMIXM. The update is based on Android 12.

Updated on October 27, 2022: Xiaomi started seeding the August 2022 security patch update for the device in Europe with software version V13.0.2.0.SKCEUXM. The update is based on Android 12.

Updated on November 22, 2022: Xiaomi started seeding the October 2022 security patch update for the device in Taiwan with software version V13.0.3.0.SKCTWXM. The update is based on Android 12.

Updated on January 16, 2023: Xiaomi started seeding the January 2023 security patch update for the device globally with software version V13.0.5.0.SKCMIXM. The update is based on Android 12.

Updated on January 18, 2023: Xiaomi started seeding the January 2023 security patch update for the device in Indonesia with software version V13.0.5.0.SKCIDXM. The update is based on Android 12.