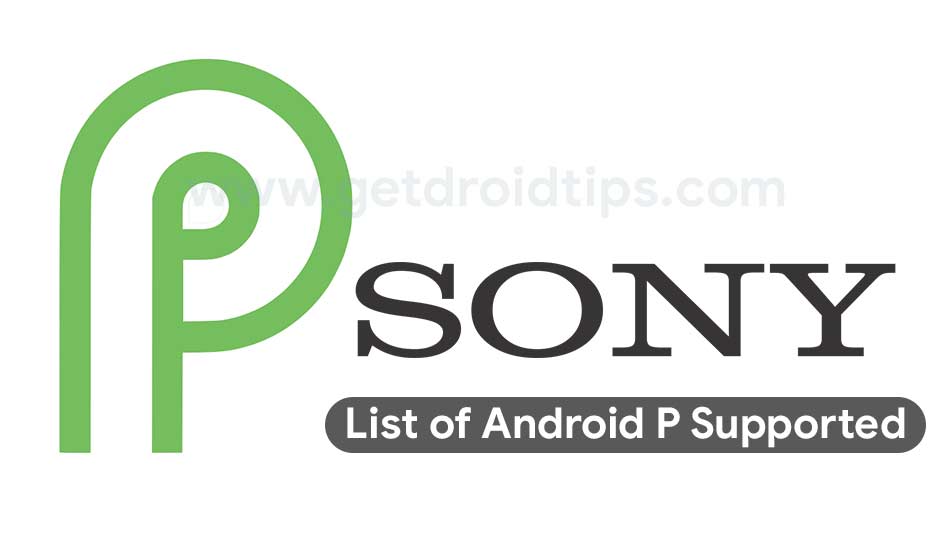 Sony Xperia users will also receive the Android Pie update by the end of this fall! There are no words by Sony about the new Android version up till now.

Finally, Google started rolling the next major version of Android for the supported Google Pixel device. After the Android 8.0 Oreo, this is the 9th iteration from Google. After the preview, Android 9.0 Pie is available for Pixel and other beta supported devices. With Android Pie, Google has revamped many UI changes which include the notification panel, Settings, Quick Toggles and more. The main highlighted features of Android Pie is notification panel, indoor WiFi positioning, support for iPhone X-style notches, Material Design 2, Dark Mode, Enhanced Auto-fill, Dual Camera API, Neural network API implementation and many more. 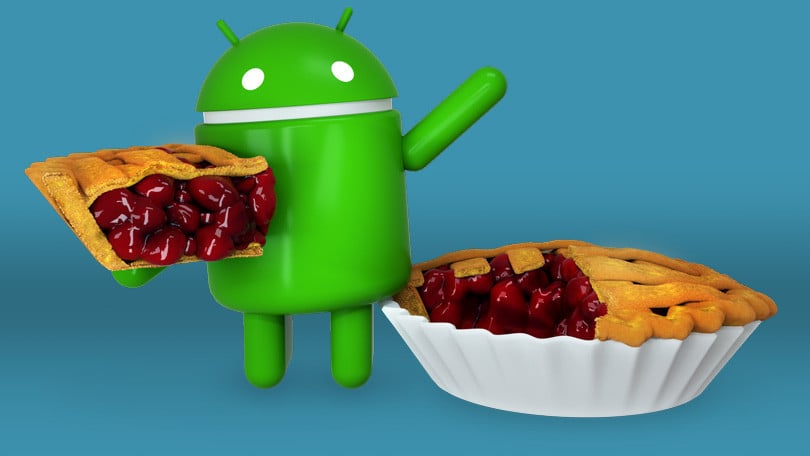 This feature enables the smartphone users to use two or more devices simultaneously where they have innovative features in capturing videos and images.

As per the reports, Android P will have a new and improved notification panel unlike the previous versions of Android. It has a new user interface, a new and enhanced GUI that keeps all the notification subtle and organized. It has a Smart Replies feature that scans the messages and then, predicts custom messages that can be used to send replies.

Android Oreo had Doze Mode which was a major upgrade compared to its earlier version in the previous OSes. But with Android P, expect an advanced Doze Mode that keeps your phone battery healthy and restricts excessive background apps that might consume a bigger chunk of battery power.

The new update will have WIFI IEEE 802.11mc support that enables the apps installed on the phone to detect positioning by triangulating the position of the users even in indoors.

The new update will have notch support that provides a dedicated library to update and optimize apps quickly and efficiently. There are other features included in this support as well.

Although it is not clear whether it will surely include in the upcoming update, the Android P might have a driver that can help the users to connect mouse and keyboard using Bluetooth.

First used by Apple in its iOS 11, the new HEIC format will be included in the Android P update. It saves around 50% of file size when compared to the same file in jpeg format. This can save plenty of space on your phone as well as gives you the freedom to add more photos without any hassle. It also supports 16-bit colors and others.

Now you don’t need to worry much about malicious apps that could run in the background since the new update will take care of it. Android P is packed with a feature to prevent apps to access mic and camera which is usually used by the purpose of spying on anyone. It will eliminate such apps. Its anti-theft feature will help the users in locating the app pretty easily.

If you are like many users who love consuming HDR content from YouTube, Play Movies, and related apps, the new OS update supports HDR VP9 Profile 9 that can help with the HD playback with ease.

Network congestion could be a problem when doing an important task but not with Android P as it has a built-in JobScheduler that controls the tasks and manages it during congestions and accomplish it when possible.

We receive a lot of calls and messages that we don’t want to attend. Well, the new Android 9.0 Pie got your back since it covers your phone by blocking calls with either no number, private number, no ID, or unknown numbers as per your preference which you can toggle in the settings.

Well, these were just a few of the features that the upcoming Android P will sport. Note that these aren’t the only features since there are plenty more that will be officially declared on its launch.

Here is a comprehensive list of devices that which received the upcoming Android 9.0 Pie version upgrade starting in August 2018.

The Sony Xperia XA2 Plus is one of the latest offerings from the Sony. The device has a 6 inches Full HD display which looks pretty good. Under the hood, the Sony Xperia XA2 Plus is powered by a Qualcomm Snapdragon 630 along with 6 GB of RAM. There is a 3580 mAh capacity battery. With that being said, this device will also be updated to the latest version of Android, the Android 9 Pie.

The Sony Xperia XA2 Ultra was also released by the Company this year in February. The device is powered by a Snapdragon 630 chip along with 4 GB of RAM. This device is much likely to get an update for the latest Android, Android 9 Pie in the coming days.

The Sony Xperia XZ2 was also launched in February this year. This device is powered by a Snapdragon 845 chip along with the 6 GB of RAM. This device will also get the latest Android 9 Pie update in the coming days.

The Sony Xperia L2 was also released by the Company his year. This device is powered by an MT6737T chip along with 3 GB of RAM. Considering that this Smartphone has been launched recently by the Company, it is much likely to be updated to the Android 9 Pie.

The Sony Xperia R1 (Plus) was launched last year by the Sony. This device comes with a Snapdragon 430 chip inside along with 3 GB of RAM. This device is much likely not to be updated to the latest version of Android, the Android 9 Pie.

Estimated date: Will not be updated

The Sony Xperia XA2 was launched recently by the Company. With that being said, the device is powered by a Snapdragon 630 processor along with 3 GB of RAM. This device is much likely to be updated to the latest version of Android, the Android pie.

The Sony Xperia XA1 Ultra was launched by Sony last year in the month of February. The device is powered by an MT6757 Helio P20 chip along with 3 GB of RAM. This device is not expected to get the update for Android 9 Pie.

Estimated date: Will not be updated

The Sony Xperia XA1 Plus was released by Sony last year. The device is powered by an MT6757 Helio P20 chip inside. The device comes with 4 GB of RAM. That being said, we expect the device to get the update for the latest Android 9 Pie update.

The Sony Xperia XZ Premium was launched by Sony back in 2017. The device comes with a Snapdragon 835 chip under the hood along with 4 GB of RAM. These specifications still hold good even in 2018. That being said, we expect the device to get the update for the latest Android 9 Pie update.

The Sony Xperia XZ Pro has not been released yet by the company. Still, there are a lot of rumors and hype going around over the internet regarding this device. Since this device would be launched after the release of Android 9 Pie, we expect it to come with the Android 9 Pie out of the box.

Sony brings the higher-spec display than the XZ1 Compact’s. That phone has a 720p resolution. … The Sony Xperia XZ2 Compact also has the spec bragging points of the larger Xperia XZ2. It supports HDR, and Sony’s X-Reality engine upscales standard dynamic range content to HDR too.

Well, that could be a dilemma for Android enthusiasts who are eager for the upcoming Android update but they will be unable to get it since their smartphone model is not eligible. Fortunately, for those who are still wishing to get it, there is an option available.

You can still download and install Lineage OS 16 which is based on the upcoming Android 9.0 Pie. Lineage OS team is presently working on the new version and it would take some time before it is officially released and available for download. Most importantly, you don’t have to search for the ways to download the Lineage OS because GetDroidTips will update it on its website once it is available for installation.