Xiaomi Mi Max 3 was the entry-level budget smartphone that came with Android 8.1 Oreo out-of-the-box and was planned to upgrade to Android 9 Pie later. The handset offers quite decent day-to-day performance but it’s not for heavy users or multitaskers. Although the price of Xiaomi Mi Max 3 isn’t entry-level category at all in terms of other devices, currently we can’t expect more. If you’re a Xiaomi Mi Max 3 user, this article is for you. Here we have listed the best Custom ROM for Xiaomi Mi Max 3 which you can install and use on your phone right now. These Custom ROMs are quite stable and official as well to run your device much smoother than the stock Android.

As we all know Android is an open-source platform where a developer or smartphone OEMs can take all the source code from Google and build their own customized skin or ROM for any Android device. Android is known for its customizations and simplicity. People love to use Android devices due to the customizations and tweaks or flashing Custom ROMs or mods. There are several Custom ROMs available for the Xiaomi Mi Max 3 which will give more frequent updates, customizations, improved battery, and performance as well. 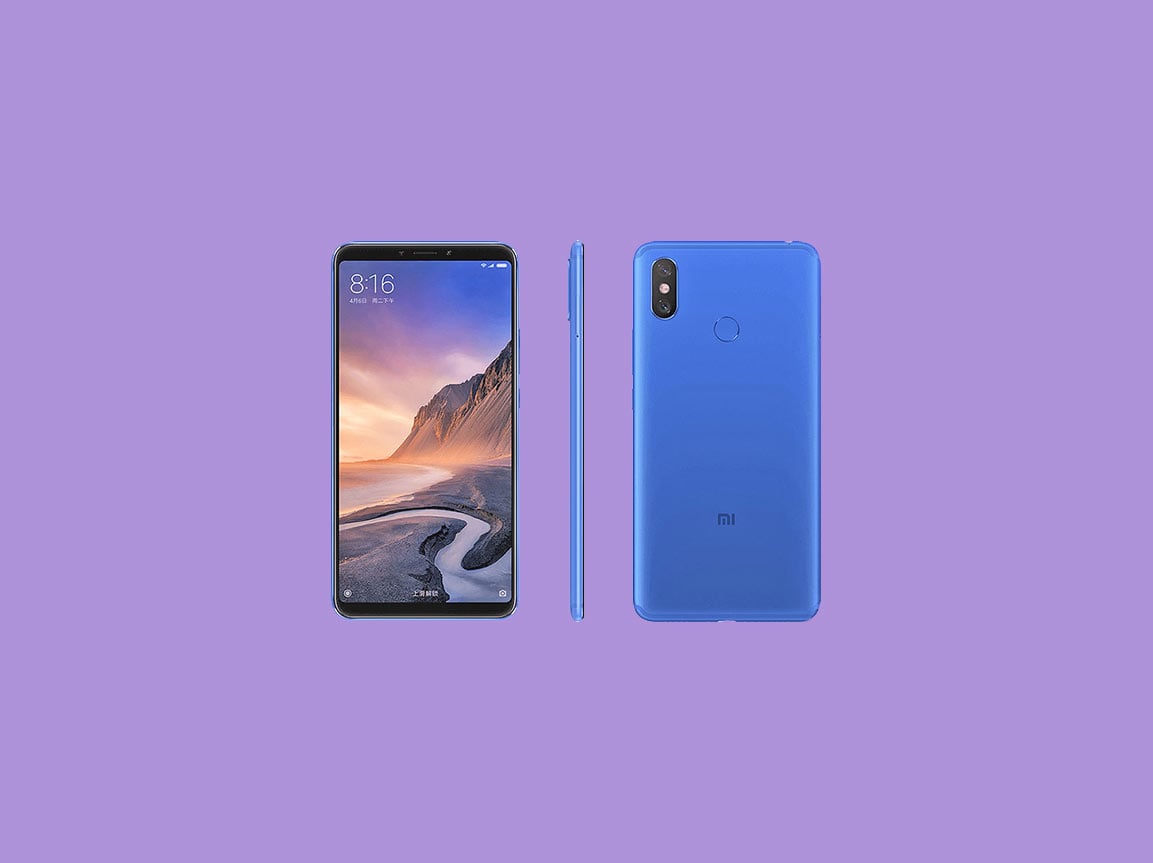 Xiaomi Mi Max 3 features a 6.9 inches IPS LCD display with a screen resolution of 1080 x 2160 pixels. The device is powered by Qualcomm SDM636 Snapdragon 636 (14 nm) processor under Adreno 509 GPU. The handset packs a 64/128GB variant with 4/6GB of RAM. Xiaomi Mi Max 3 sports a dual rear camera with a 12MP + 5MP camera and a Single Selfie camera with an 8MP depth camera. The smartphone is running on Android 8.1 Oreo under MIUI 9.5 software package and backed by a 5500 mAh battery. It has a fingerprint reader on the back.

As mentioned above that Android is an open-source platform and customization-friendly. The Custom ROM replaces your Stock Android Operating system (Stock ROM) which comes preloaded with your smartphone. It contains a kernel source code which makes it a fully stand-alone Operating System. Therefore, some of the customization-loving developers customize the Android OS by removing all the bloatware and making it a pure Android experience. It doesn’t come with any pre-installed applications or even Google Apps as well. You need to install these apps based on your preference.

You can now install any of the Custom ROMs on Xiaomi Mi Max 3 by following this guide. Here we have listed the Best Custom ROM for Xiaomi Mi Max 3. In order to install, you need to unlock the bootloader and install TWRP Recovery on your device. You can check out this similar guide of unlocking bootloader Xiaomi devices. If TWRP Recovery is not installed on your mobile, then follow the ADB method to install GSI Treble build. Most of the device which comes preloaded with Android Oreo is now supported by Project Treble.

Lineage OS is one of the best custom ROM for any Android smartphone. Lineage ROM for Xiaomi Mi Max 3 comes with a lot of features such as Customizable Status bar, Theme, Resizing Nav bar, Nav Bar color, and customization, Quick Toggle feature, and more other features.

You can follow the link to Install Lineage OS for Xiaomi Mi Max 3 device.

As the name suggests, ROM brings the real Google Pixel Experience ROM on Xiaomi Mi Max 3. It has all the features and applications which come out of the box with the Google Pixel smartphone. Now you can experience the real Pixel Smartphone with this ROM.

That’s it! I hope you have installed the Custom ROM for Xiaomi Mi Max 3. Leave a comment or feedback down below. Thank you!.

Want to revert back to Stock ROM, Check out this tutorial on How to Install Stock ROM on Xiaomi Mi Max 3