Mods are one of the biggest features of the Project Zomboid game that increases its userbase daily. However, the confusion is how to find the best and most interesting mods in the game. Here we compile a list of the best Project Zomboid mods with descriptions and links to make the gameplay more engaging for the gamers.

Project Zomboid is free to play zombie survival post-apocalypse RPG game. The game’s only goal is to survive in the open-world isometric horror game. You have to search and prepare food to kill zombies with weapons and craft tools to survive. It is developed by Indie Stone, an independent British and Canadian developer. The game’s hype is on another level due to the real-world graphics that engage users to play as long as possible.

Many games are stuck to their storyline, and after some time, the users start to feel bored dining the same thing regularly and lose interest in the game, but it is not with the Project Zomboid. The fun part of the game is applying different mods to make the game more interesting. 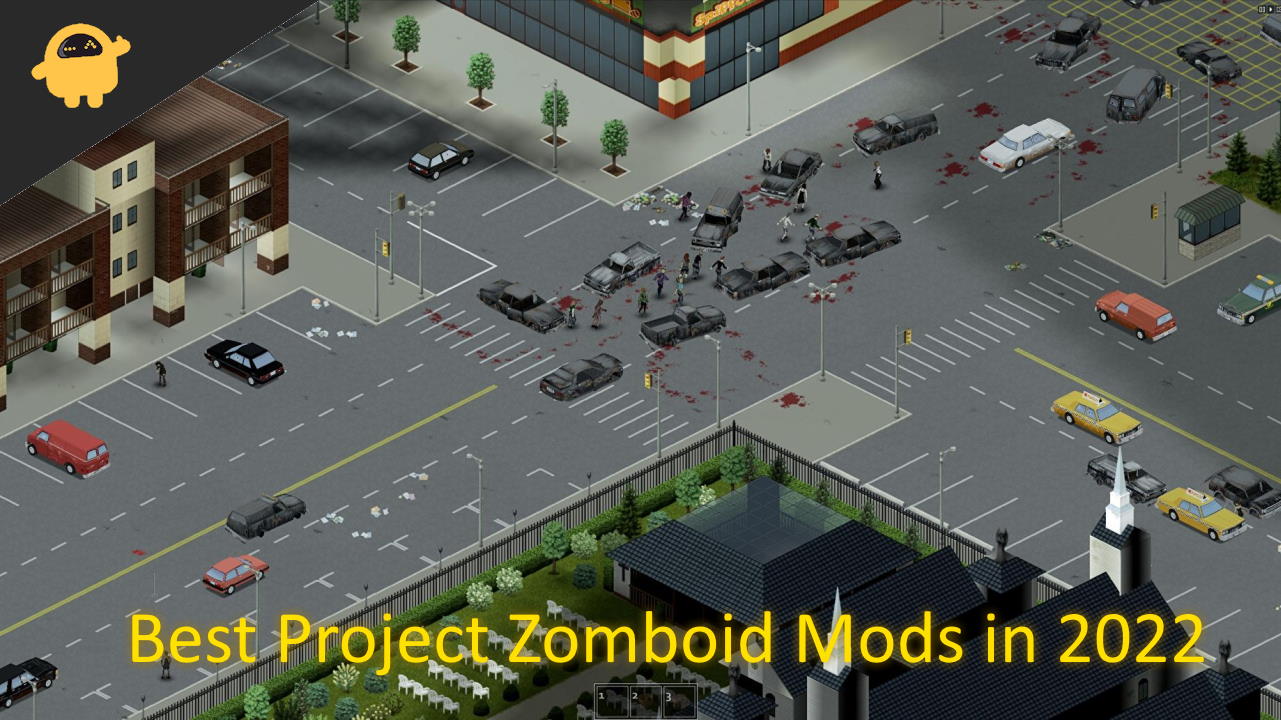 The Project Zomboid has a very traumatic history, but now it is one of the fan-favourite games. However, it is still in the early access stage, but there is always a chance of improvement with the help of mods.

Mods will change the gameplay experience, including new objects, events, etc. But before installing any of the Project Zomboid mods in the steam, read the descriptions of the mods to know the functions and features. Also, some of the other available modes may interrupt the gameplay. 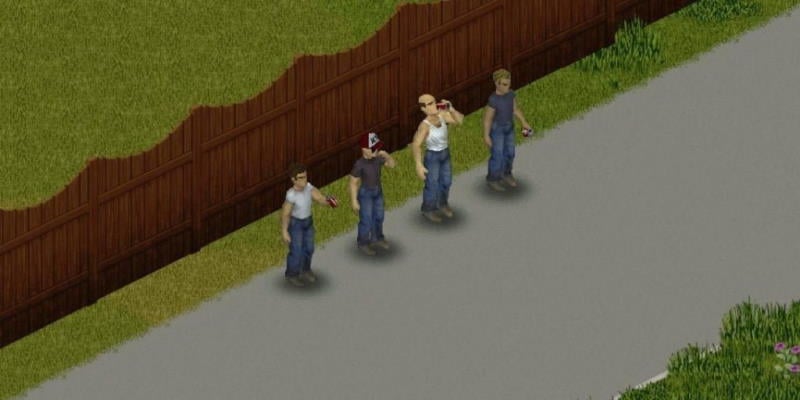 Many of us are like realistic graphics in the game and Project Zomboid. It’s a decent game that provides a realistic feel, but if we discussed the game graphics, it is still in the developing stage.

Here is a realistic body texture mod that improves the texture of humans and Zombies, enhancing the user’s visual experience. The humans are looking more real, and zombies are scary. And to install the mod, you have to follow the guideline as it requires an age of over 18. 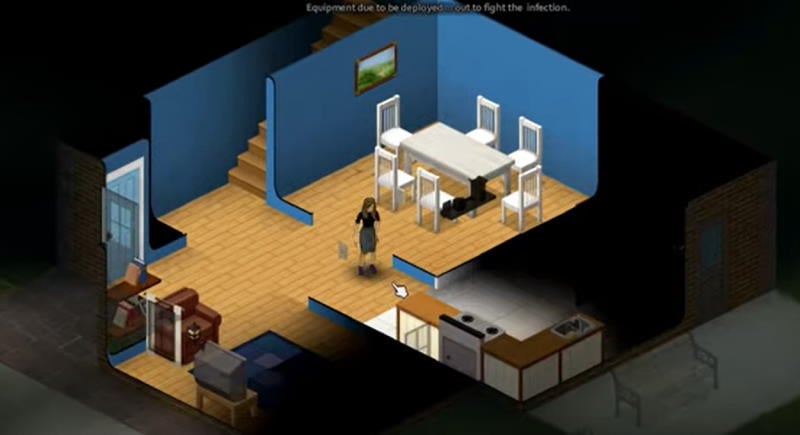 It is a useful mod that might help the character to survive easily from Zombies. The game title indicates that the gameplay has many zombies, and others will attack anytime. So we have to be attentive while playing the game but not anymore. 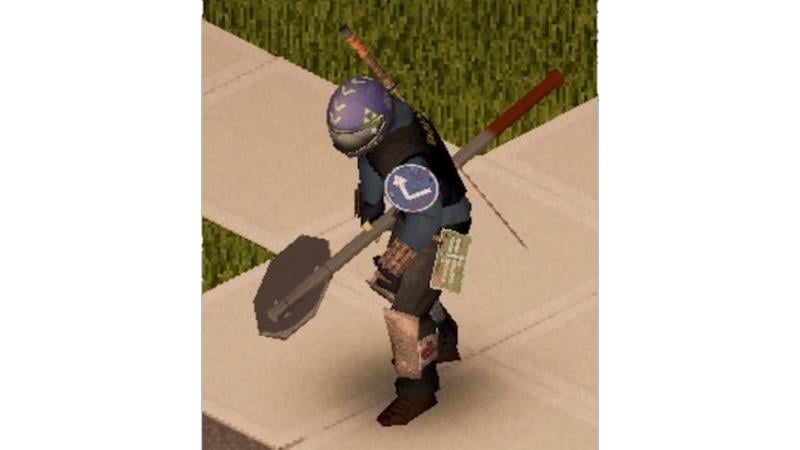 As the name suggests, Scrap Armor’s weapons and Guns mods are justified. In this mode, you can craft weapons from the scrap parts in the workshop but before applying the mod in the game, kindly install the workshop to craft weapons easily.  Also, you can use the scraps that are available throughout the nearby world. 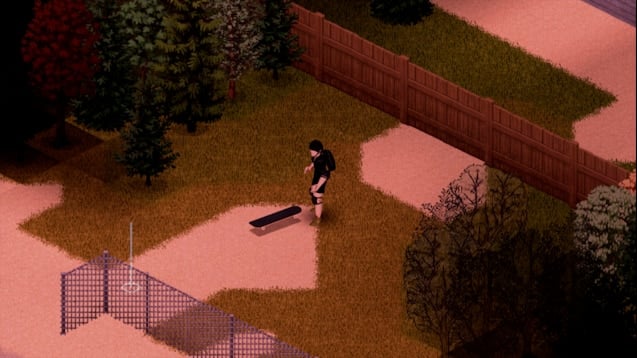 It is another beneficial mod that helps to use as a vehicle to travel. If you are also tired from walking or running to survive, then use the skateboard mod that is also used as a melee weapon. Also, it is so realistic that if you are hit by anything while riding on a skateboard at high speed, you will be thrown like in real life. If you use excessive skateboarding, you might be feeling fatigued with your character.

The skateboard is only used in the front direction. You may fall from it if you are using it as reverse, and you will also fall if the skateboard is hit by zombies or riding in grassy, dirty, and other rough places. 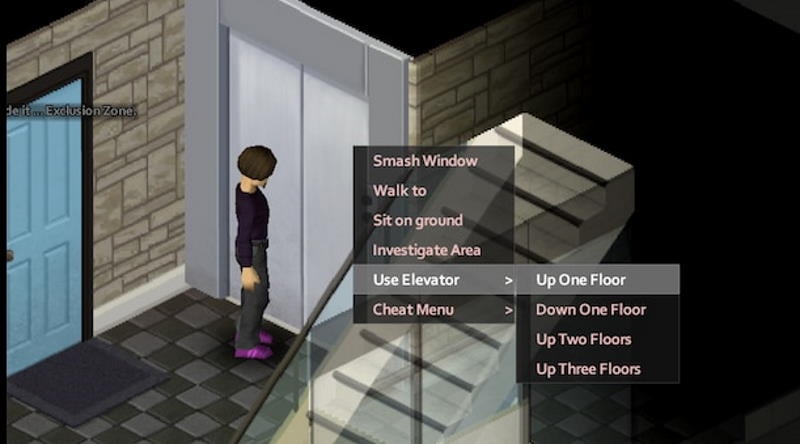 It is not typically a mod but a function that allows the user to use the elevator in your building. Still, it has a condition that the building should have electricity or a generator for power supply. Also, it allows you to go up or down in your building in no time. The Project Elevator mod is working on all the maps available in the game. 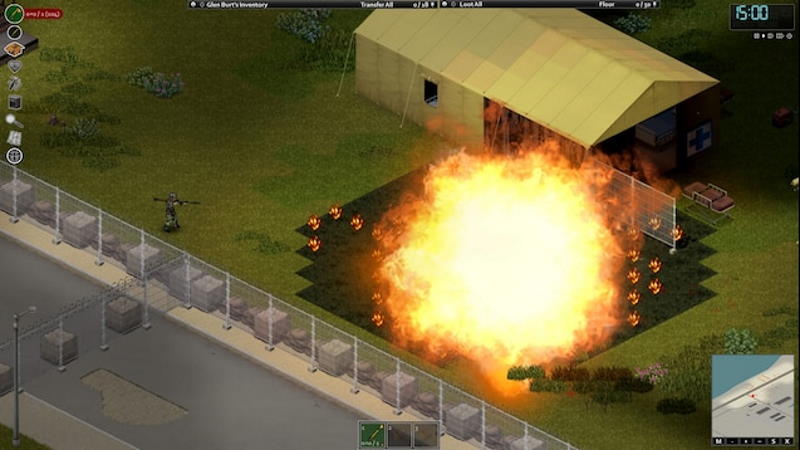 If you like heavy weapons, then you may like the RPG mod. The USP of this Project Zomboid mod is an RPG7 rocket-propelled launcher. If you are surrounded by a huge number of zombies or any other threat, use the RPG 7 rocket launcher, and it will destroy all of them as it covers a 15*15 death area.

But before firing the weapon, make sure that you are away from the targetted area because the launcher will destroy all the living bodies, including humans, zombies, etc. Moreover, the weapons are available in safehouses, gun stores, and army camps. 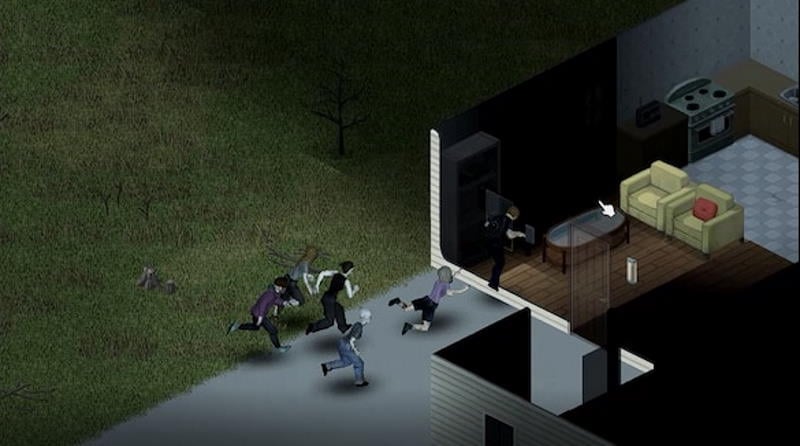 It is a useful mod in the list as it will slow down the zombies, and you will get some time to plan or fight with them with available weapons. There are many types of zombies in Project Zomboid like Joggers, Fast Joggers, Runner, and Moderate Sprinters. By using the slow sprinter mod, the zombies are slow down by some percentage, but you can only use one version at a time.

Many people fear dark due to the area is not visible properly. So, here comes the Torch mod that adds a craftable torch that lights up the area when it is not visible properly. Also, it adds one more item in your craftable section, but you need to fuel it before using the torch. Finally, it will enhance and improve the user’s gameplay to speed up the level more efficiently. 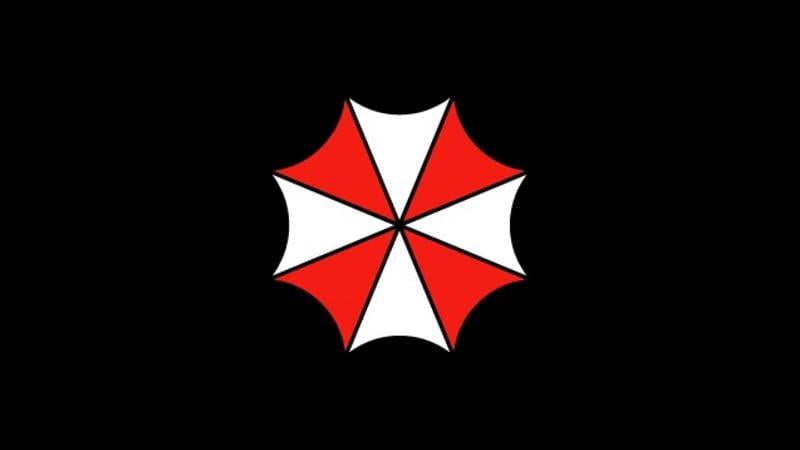 If ever we talked about the zombie genre topic, the first thing that comes to our mind is a legendary movies series, Resident Evil. The Resident Evil mod is a tribute to the move in Project Zomboid mode and if you are also a fan of the masterpiece movie, then try once the mod to play as the main character of the movie like Jill Valentine, Clarie Redfield, etc.

In the end, after biting from the zombies, the character is turned into a zombie. The whole timeline is around the survival of the character. However, it depends upon the gameplay of the individual user. Like in real life, we have to be immune by increasing antibodies, which also applies in the game.

Antibodies mode will help increase the immunity and antibodies in the health of the character’s body parts. You can use this mod when you have any fear of getting infected with the zombies. 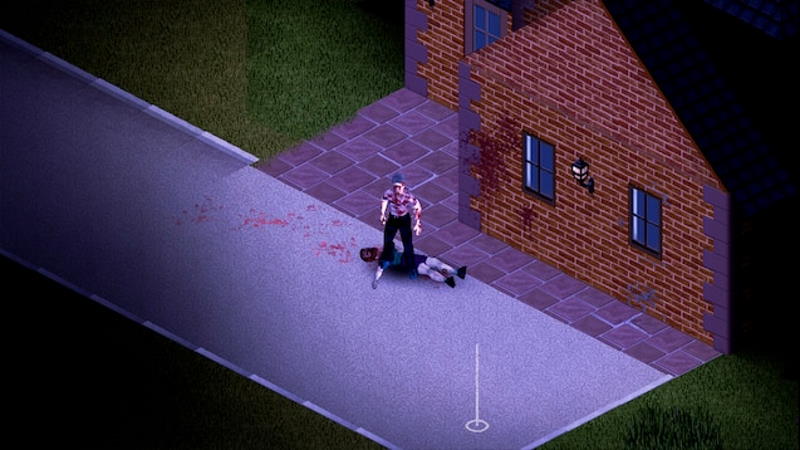 With the Zombie camouflage mod, you can survive a zombie attack. In this mode, the characters colour themself with the zombie’s blood, and the zombies cannot detect the human. But don’t get close to the zombies they detect if you come to their radius. Rain, water, or wet clothing will reduce the camouflage intensity, and zombies get alert. Also, avoid sprinting or running that will alert the zombies too. 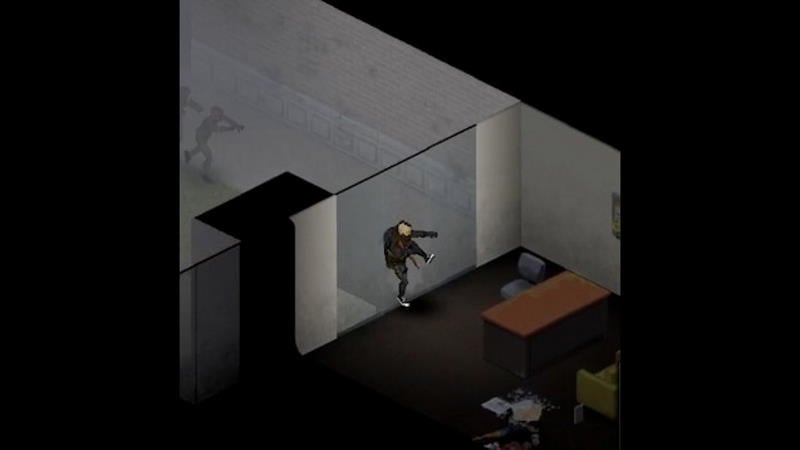 The only way to survive the zombie attack is to run. But it’s a bit tough to run as you may encounter obstacles in your way. So after applying the Jump Through Windows mod, now will provide your vault from the windows but beware of the closed window that might hurt you badly. 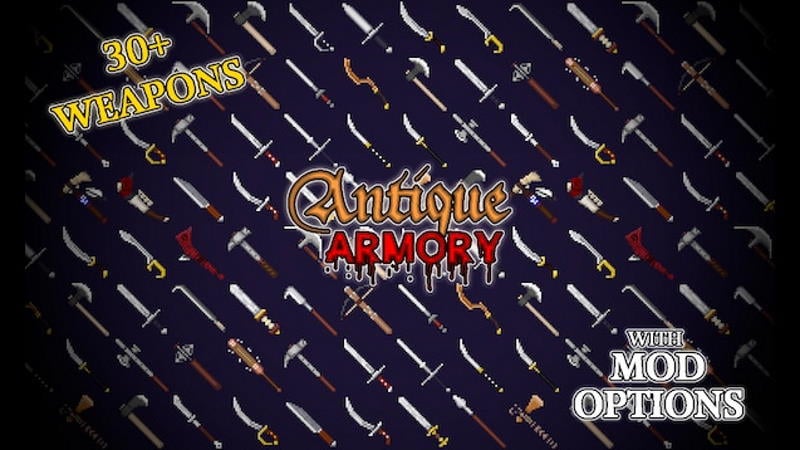 The antique mod is for the users who like the old weapons from ancient medieval and native American weapons, including crossbows and armour. You will get more than 30 rare historical weapons and armours in this mode. Use the Antique Armory to play legendary warriors from the old world like melee weapons and heavy body geas. 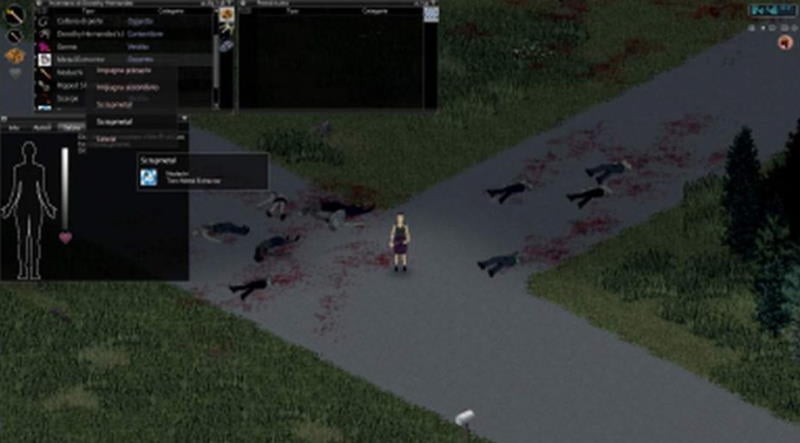 The crafting feature is already available in the Project Zomboid game. Still, it has limited crafting ability, and with the recycle and craft mod, you can craft new and old weapons with unused, rare, or scrap material. Moreover, you can also craft dehydrated food that keeps you energetic with low-cost material. 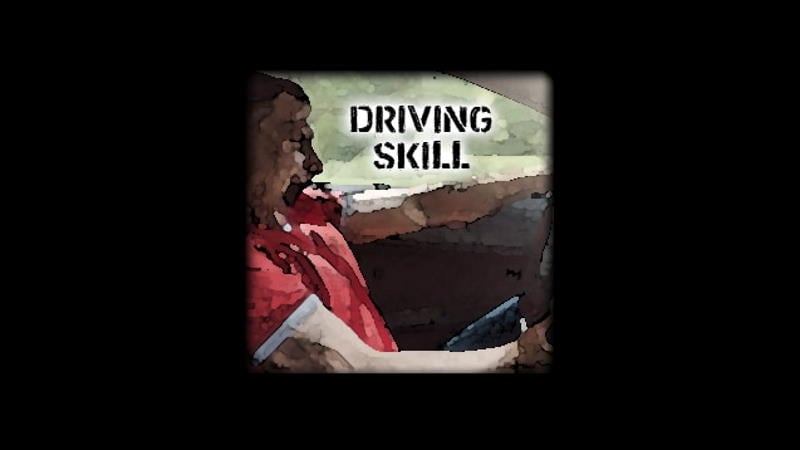 The last but not the least mod is Driving Skill as it is also one of the important parts is driving, and with the help of this mod, you can add passive skill as Driving skill. It will enhance the driving and knowledge about all the roads available on the game’s map.

Also, all levels of driving books and magazines are in the library. You can also play as police, firefighter, and mechanic as a profession. Moreover, the new profession of a Taxi driver is also included in this mod.

These are some best mods for Project Zomboid, and the list is not finished yet. There are many more, but we think these are the best among them. Which one is your favourite one, or if you have any suggestions, let us know in the comment box. We try to compile the list from a different category to explore most of them.