Have you been surfing the internet to find the best PUBG Mobile Controllers available? Well, worry not, because we have you covered! Read on to learn more about some of the best mobile game controllers that you can use to play games like PUBG Mobile or Fortnite on your Android or iOS device!

Ever since the inception of mobile based games, more and more users have gravitated from PCs to their phones in the lieu of faster, easier and more casual gameplay. We humans carry our smartphones around with us everywhere we go. They’re always in our pockets, out in an arm’s reach whenever we yearn for them. This makes it a viable option for developers to push intuitive apps and games that overtime attract a large amount of people and in turn change the gaming or tech industry. We have already seen such a revolution happen in mobile gaming with the launch of PUBG Mobile. More and more users have found it much easier to buy a cheaper phone and play PUBG Mobile on it, instead of saving up for an expensive gaming PC. 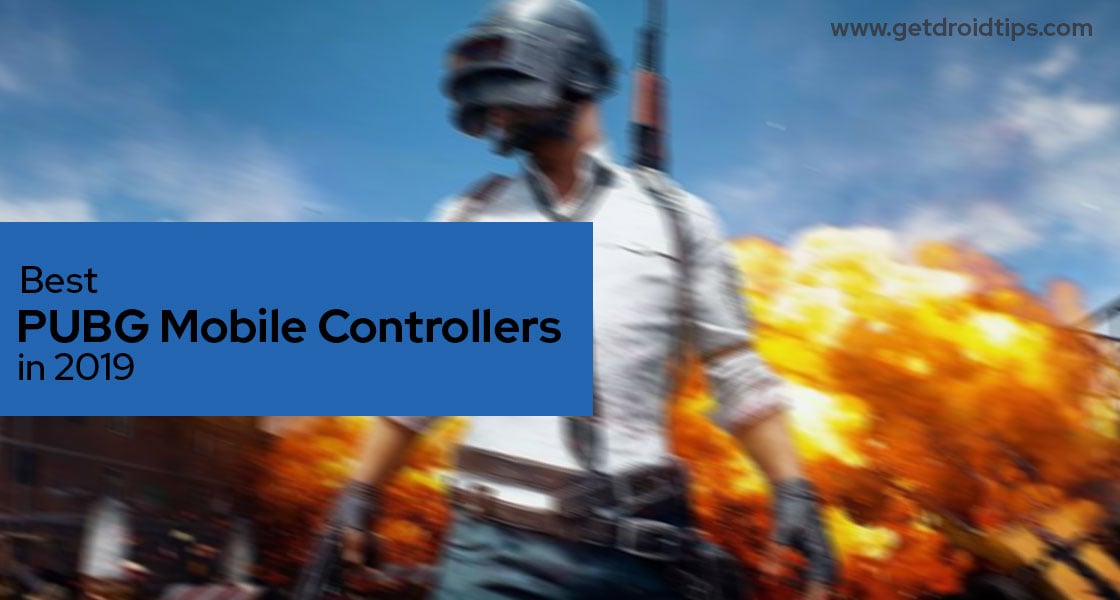 However all of this goodness doesn’t come with its fair bit of disadvantages and downsides. Playing graphically intensive games like PUBG Mobile or Fortnite on our smartphones cause them to heat up enormously faster, which makes it uncomfortable to hold for a longer time. Additionally, with such an intense gameplay style where every move that you make might determine the rounds fate, it is increasingly hard to play on smaller screens such as those of our phones. To counter this, various companies have already been selling game pads or controllers that run as cheap as $10 online. These controllers make it easier for you to hold your phone upright, in a natural gaming position, and thanks to real buttons, your shooting experience also unfolds ten times.

To choose a good gaming controller for your Android or iOS device, we have curated a list of some of the best ones available online. We have taken in the amount of features, the price, the availability, and the intuitiveness of each of these products and have evaluated them based on the aforementioned factors. In our opinion, each of our mentions below has a good reason to buy over the others, and so the choice finally depends on you! Give it a good read, and we hope you can find your dream PUBG Mobile Controller with the assist of our top picks!

Below you can find our listings for some of the best PUBG Mobile Controllers that have been released in 2020. You will come across many unfamiliar companies and products too but be assured that we only provide links from reputed and customer satisfactory products. You can also educate yourself about all the unique features that each controller from the list below has to offer! Without any further delay, let’s go on with the list! 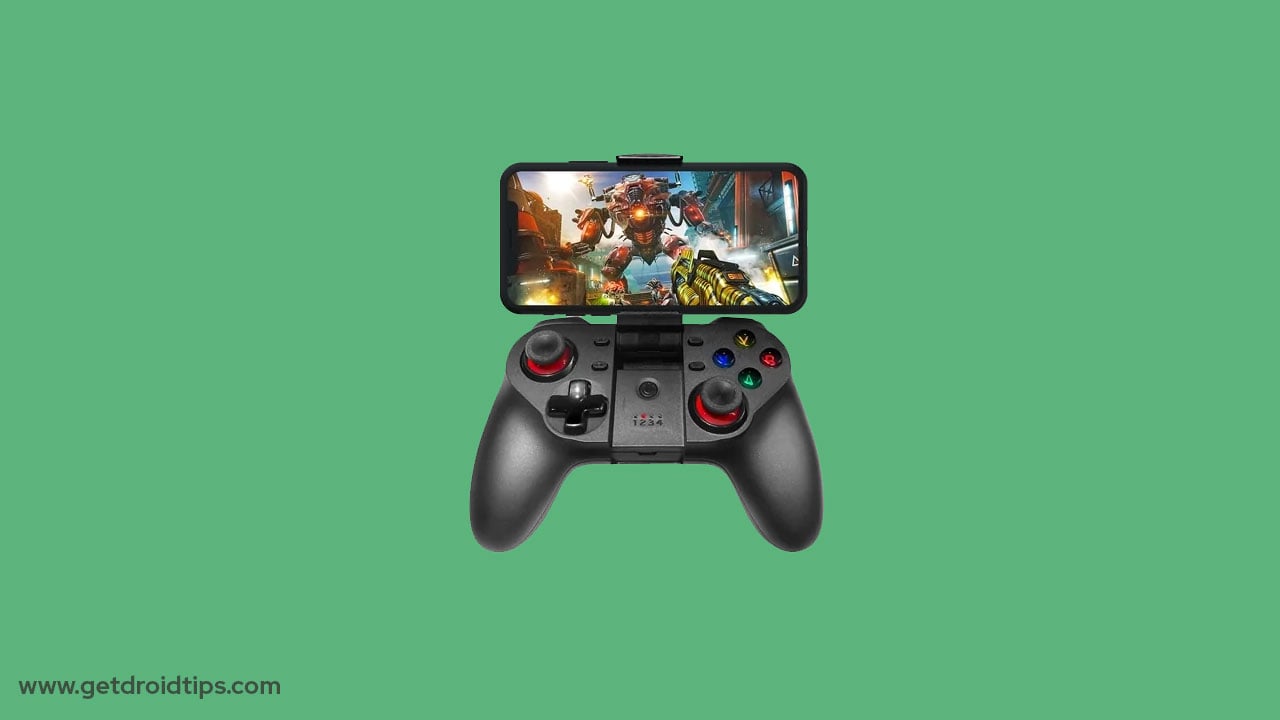 The first one on our list is the Newest mobile phone controller, and it brings a lot to the board when it comes to features and convenience. First off, it is a full sized game pad, which means you can mount your phone upright and use the joystick as well as the trigger buttons to have a pleasant gaming experience. It is ready to go out of the box, meaning you won’t have to install any kind of special software to make this work on your Android or iOS device. You have the classic arrangement of buttons, such as the two joysticks, arrow keys, start, menu and mode buttons, with the triggers at the top. The hinge can be folded up when not in use, so the Newest Mobile Phone Game Controller is also perfect for travel since it’s pretty compact. It charges via micro USB, and for a price of $34.99, we feel this is the all around perfect PUBG Mobile Controller to buy in 2020. 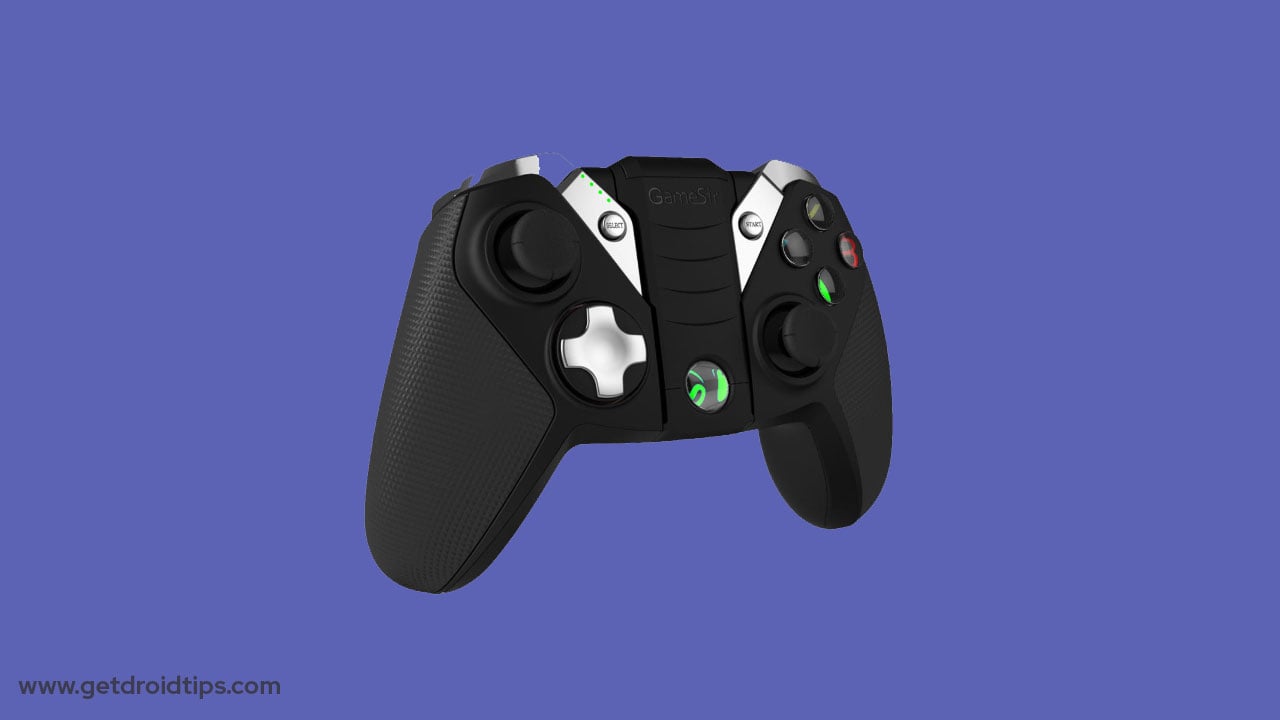 The next one on our list is the most premium offering too, but we feel it is the best you can get for your mobile to play games like PUBG Mobile or Fortnite. The GameSir G4s comes from a well reputed brand, and has probably the best looking and the best built game controllers available in the market. The GameSir G4s has a rounded look, with big and tactile buttons and a joystick that you can swap in favor of buttons as well. You also get to customize the LED lighting in the buttons for a much pleasant gaming experience. While the GameSir G4s has all the great features that you would expect from a high end Bluetooth gaming controller, the vibration motors in the handles by far make this one of the most enjoyable offerings out there. This means that you get haptic feedback for the games that support it, and all of this really adds to the immersion factor at the end of the day. Other features of this controller include a wide range of device compatibility, a long lasting battery, and a turbo feature which will lock the buttons if you hold them out far enough – perfect for sprinting in PUBG Mobile. For a price tag of $51.19, we feel the GameSir G4s is completely worth it and will be a great one time investment. 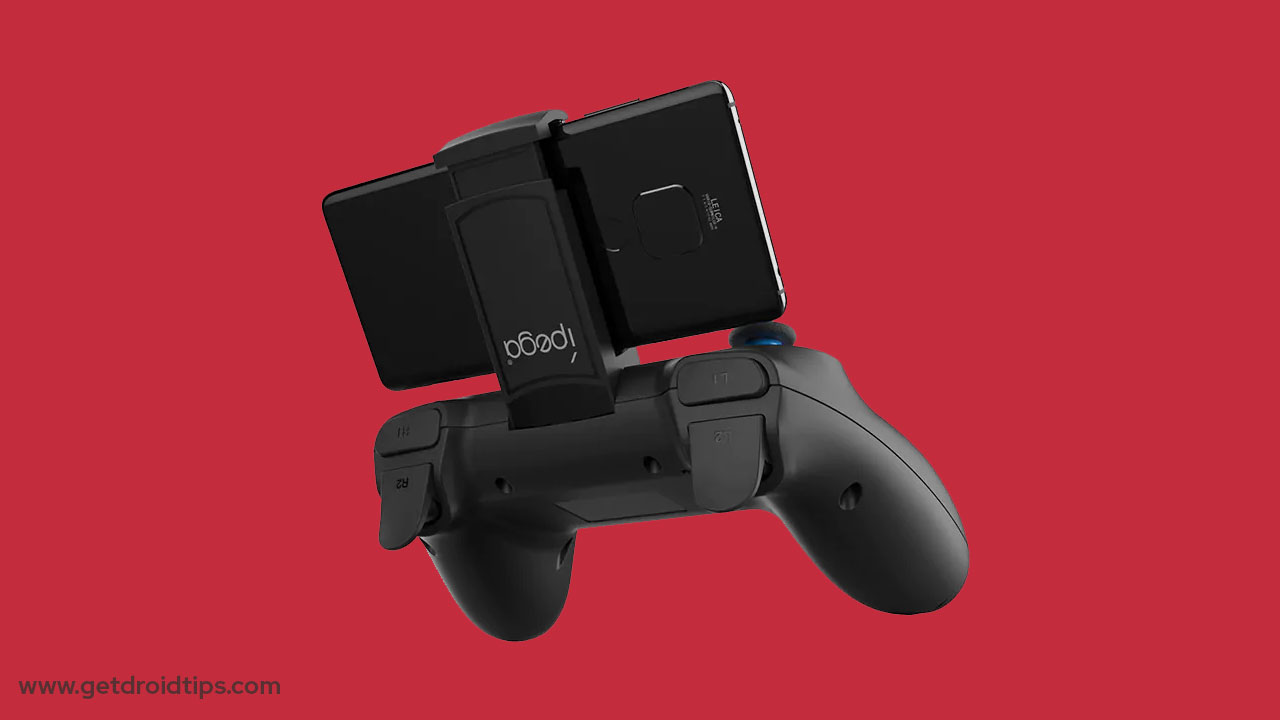 Our next offering is a budget oriented one, and is best suited for those people who want the most tactility out of a game controller while playing mobile based games. The iPEGA PG-9129 controller has a flexible mobile holder, that stretches up to 86 millimeters, enough to hold the biggest of phones. It has great buttons, and also comes with a turbo mode which can lock in the buttons, giving users twice the amount of actions than the usual. This is mostly useful for sprinting or shooting in games like PUBG Mobile or Fortnite. The iPEGA PG-9129 comes with a smooth textured hand grip, and you can connect up to 4 different Bluetooth devices and switch between them seamlessly. It  is available for only $17.20 and we highly recommend it to those who want a good and rigid gaming controller which also doesn’t break the bank. 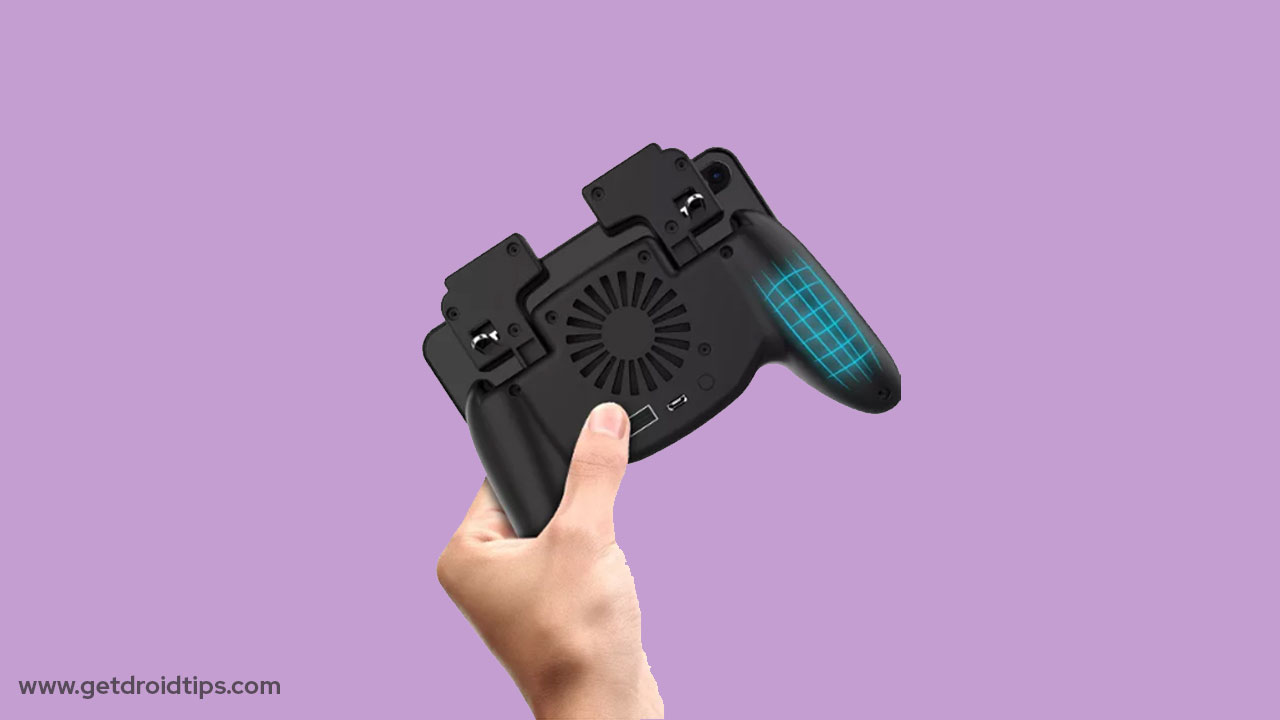 Ignoring the obscure product name, we feel this pick in our list is really intuitive and might intrigue a lot of users out there. This game controller isn’t like any of the other ones on this list, in the sense that it doesn’t pair over Bluetooth or give you any additional joystick controls. Instead, it snaps around your phone, and has a massive fan in the middle which continuously keeps spinning, dissipating all of the heat generated by the phone while gaming. That’s not all, the game pad also comes with a 4000 mAh battery, so you can keep your smartphone charged as long as you want! While it misses out on the joystick controls, it makes it up with two triggers that simply tap your screen. Most games like PUBG Mobile allow users to customize the button positioning, so you can in theory use these triggers to add shoot or sprint buttons at the top! Overall, for a mere price tag of $12.79, this is a must have, since it significantly improves your gaming performance by giving you efficient cooling and much better battery backup. 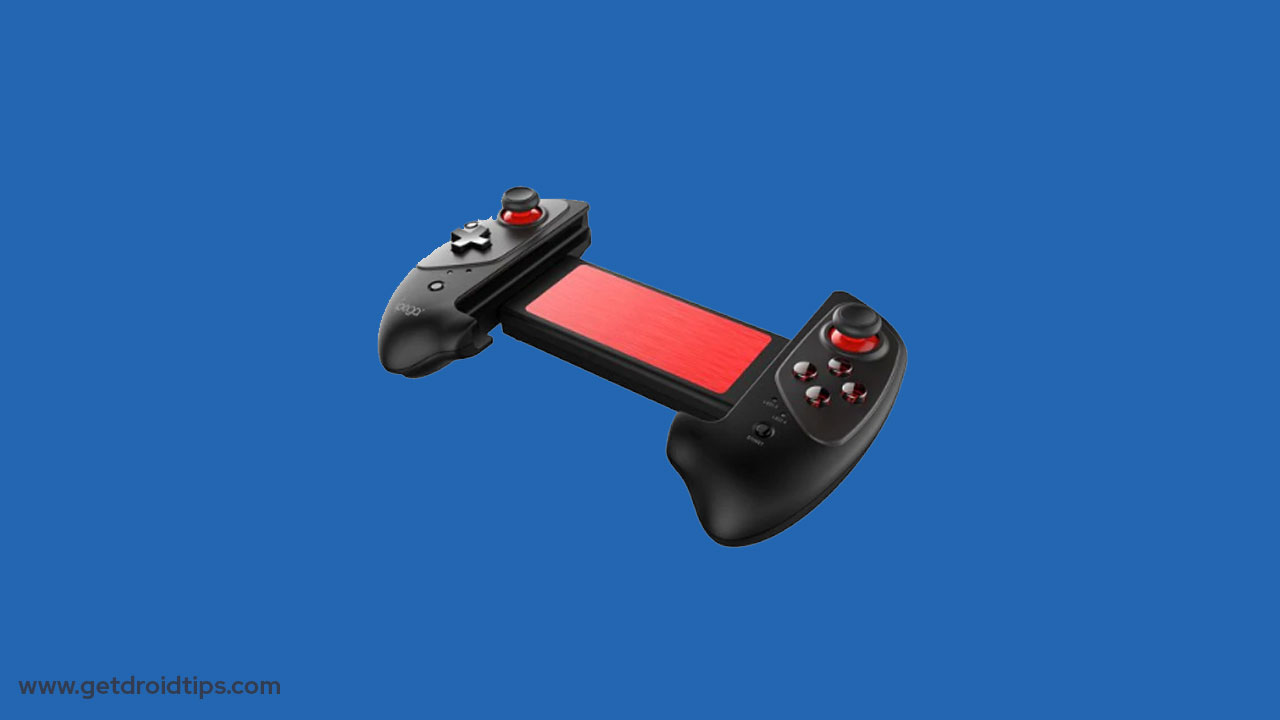 The fourth pick in our list is also quite different to the rest of the products we’ve talked about. While the iPEGA PG-9083 is still a Bluetooth enabled gaming controller which gives you joystick controls as well as trigger buttons to the top, the way it sits around your phone is quite different and very intuitive. This gaming controller wraps to the sides of your phone or tablet, and gives you a more one to one feel while playing. The extended arms give you not only a better grip, but more button controls to give you the upper edge in competitive mobile games like PUBG or Fortnite. Thanks to its form factor, the iPEGA PG-9083 can also be used for tablets, since its stretching range goes for 13 cm, all the way to 38 cm which makes it the only controller on this list that you can use for an iPad or other tablets. Overall, for a price tag of $37.39, the iPEGA PG-9083 is a great deal for those gaming on bigger screens. 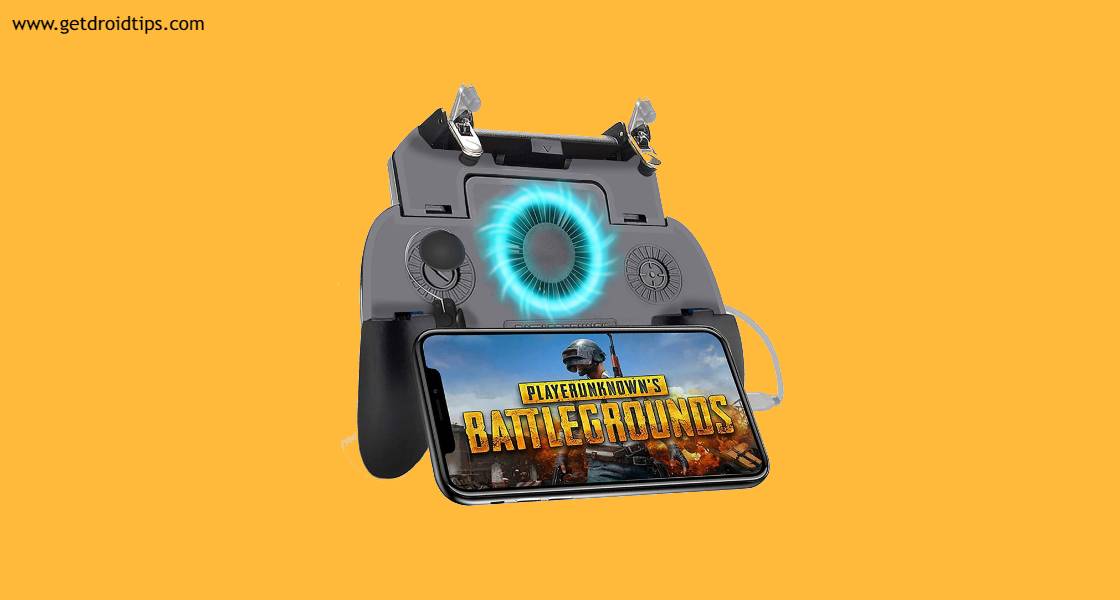 Our last and final pick of this list is the KimTok Controller that you can use for any games such as PUBG Mobile, COD Mobile and more. What makes this so desirable is the fact that it is built really well. It isn’t really a true controller, as in it doesn’t actually have any Bluetooth controls. All it does is provide a rest for your phone, two claws to grab on to and triggers that you can utilize. The triggers themselves are the biggest selling factor of this game pad. Unlike most of the rubber tipped ones, the KimTok Controller boasts metal conducting ones. This means not only will they last longer, but the response rate is significantly much faster thanks to metal conduction (0.01 s). Furthermore, the controller also has a built in fan that keeps your phone’s temperature low and hence protects its battery. To add the cherry on top, it packs in a 2000 mAh battery. This may not sound much at first, but it is ample to suffice the efficient fan as well as to plug your phone in case of an emergency. The joystick also works as advertised and is really a life saver for those who have sweaty palms. Overall, if you’ve been looking for a cheap yet good game pad for PUBG Mobile or other shooter games, we highly recommend you try our KimTok’s offering. You can buy it directly from Amazon by following the link provided below :

That’s all folks! We hope you enjoyed our roundup of some of the Best PUBG Mobile Controllers to buy in 2020! Which one among the list is your favorite, and how many of these controllers have you already known or have been using? Know other good PUBG Mobile Controllers that you feel people might find interesting? Do let us know in the comments section below, we’d be delighted to hear from you guys!