Disney Plus currently has 118.1 million paid subscribers worldwide which is a massive growth from 92 million in 2020. The on-demand video streaming company grows exponentially with more than 600 movies and 7000+ TV shows and the number is simply growing every day. It has a dedicated website, app for smartphones and desktops as well Smart TVs, and many more.

Talking about Disney Plus on Smart TVs, apps on Samsung, Sony, and LG Smart TV allow for seamless Disney Plus while sitting on your couch binge-watching the never-ending stream of shows and movies on the screen. However, the app doesn’t have its share of problems as well. Apparently, some of the users have reported black screen issues on Disney+. Some users stated that the screen remains blank for some time while some mentioned there’s audio but no video feed. Of course, there’s a subset of users facing black screen issues with different descriptions.

After recording some of the issues, we at GetDroidTips have mentioned several methods that you can do to fix this issue. Here’s more about it.

How to Turn off Voice Guide on Samsung TV 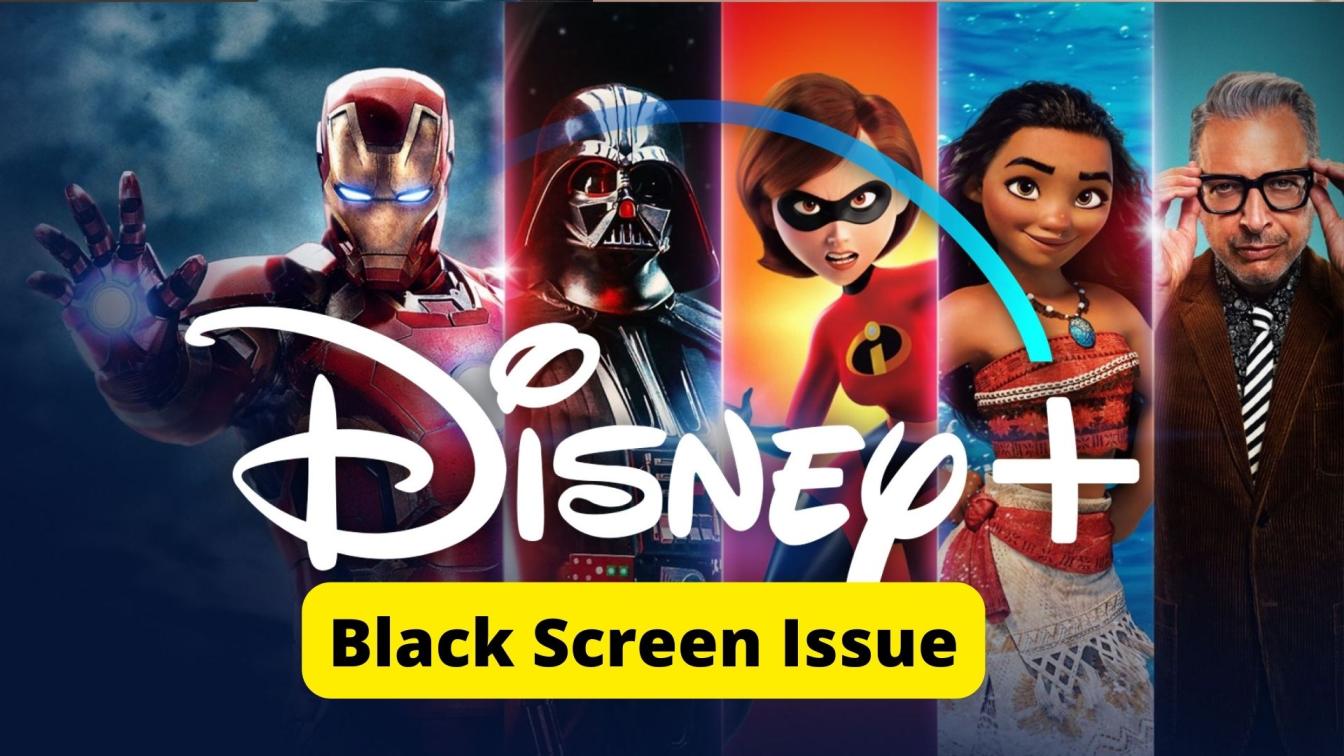 How To Fix Disney Plus Black Screen Issues on Samsung, Sony, and LG Smart TVs?

Here are some probable troubleshooting strategies that you can deploy in order to try and fix the black screen issue. Let’s see how you can do it.

Apparently, most of the users have complained about the Disney Plus black screen issue that is affecting either LG, Sony, or Samsung Smart TVs although it is localized to the Disney Plus app and seems to be affecting limited devices and not all at once.

It goes without saying, restarting the TV is a fix to most of the temporary glitches and this isn’t any exception. Many users have found solace with the issue after they attempted to restart the system. The steps are pretty clear so here’s a general idea.

Check for Disney Plus Servers

Service disruption on the ‘login’ module will prevent users from logging into their accounts let alone using it. So, in the event of a Disney Plus black screen issue on any smart TV or any other device, you better check out the server status. This should help you gain knowledge if it’s just you facing black screen issues or if it is everyone around you or a fraction of the users, etc. Visit DownDetector here for Disney Plus Server Status and you should gain the insights needed to stop or proceed with this troubleshooting guide.

Fix: Pandora Not Working on Samsung, LG, Sony, Vizio, Or Any Smart TV

When you are streaming Disney Plus on your Smart TV, you are constantly connected to the internet. Any problem with the internet connection can verily translate into issues on your TV as well. Assuming that it is not limited to Disney Plus but all other apps are behaving the same, here’s what you need to do to verify internet issues.

Since you are streaming content off the internet, you need a good internet connection to make that happen. You can test your uplink, downlink, and ping on Ookla Speedtest which should help you gain insights on the internet speeds your smart TV is cruising at. If the internet speed is slow, try moving the router closer to the Smart TV or try the other way around. The goal is to keep the router in clear sight or proximity to the TV for a speedier and more reliable connection.

If there’s some problem with the internet access, try unplugging the connections to and fro the router and its power source. Give it a few minutes before reconnecting ensuring all the connections are secured well and check if that made any difference or not.

In case the problem is the internet connection and that is why you are facing Disney Plus black screen problem, call your ISP. Ask for a resolution and you should get one. Note that this works in case all the apps and live programming on your smart TV are affected and not just the Disney Plus app because the problem should affect all.

Sony Bravia TV Not Reading or Recognising USB, How to Fix?

How to Record Steaming Video on Samsung Smart TV

Apparently, some of the users reported that this trick helped them fix the problem on Disney Plus. Turns out changing WiFi networks from A to B or if you have mobile data, change from WiFi to mobile data and check if streaming on Disney Plus goes on without a hitch.

If this turns out to be working, your ISP could be unable to stream data on Disney Plus. You will have to talk to the ISP about the same. If the internet isn’t the problem and it is just Disney Plus misbehaving, the next method can be of help.

Turns out this is a proven method to fix my bugs related to Smart TVs Disney Plus or any other apps available out there. Since you have to uninstall the app at first, you are getting rid of everything that came with it be it the features or the bugs. The next part is to re-install the app which will eventually fix the Disney Plus black screen issue. Here’s how it works.

Note that the procedure might slightly differ based on which model you are using so consider this method as the backbone.

Once you are done with uninstalling the app from Samsung Smart TV, you will have to install it again. The procedure is as such –

LG has different models of smart TVs as well which means the procedure might slightly differ. Here’s the general flow of uninstalling an app on LG Smart TV.

Now that you have uninstalled the app from your LG Smart TV, it’s time to re-install it.

Here’s how you can uninstall Disney Plus from Sony Smart TV.

After removing the app from your Smart TV, it is time to reinstall it. Based on which version you use (Google TV or Android TV), the process might slightly differ.
On Google TV: Go to Apps >> search for the app you want to install and hit “Install”.
On Android TV: Hit the Home button on your remote, proceed to Google Play Store >> Apps >> Search for Disney Plus >>and hit “Install”.

It goes without saying, keeping the software updated is crucial. Since your Smart TV runs on firmware, it too requires an update, and here’s how you can update your Samsung, Sony, and LG Smart TVs respectively.

For Google and Android TV: You need to go to Home >> System Software Update. You might receive a notification if the update is available or not you can download it, install it and restart the TV so that the update is successfully installed on your system.
For Others: Go to Help >> Customer Support >> Software Updates >> Network and then install the update if available.

Here’s how the process for you works out.

These were some of the methods that will come in handy if you ever end up with the Disney Plus black screen issue on Samsung, Sony, or LG Smart TV or in fact, any other TV for that matter. Do let us know which method actually helped in your case though so that we can mark it as more effective than others.