In this rollback guide, we will show you how to downgrade your OnePlus 8/8 Pro device from OxygenOS 11 to 10 (Android 11 to 10). OnePlus were the first OEMs to jump into the Android 11 bandwagon. As a result, its latest flagships were benefited from this early rollout schedule. Similar to its track record, the company first releases the beta updates for the users who wish to test the development features. Once they get user feedback, they further polish the OS accordingly. After which it is released as the stable update.

In this regard, the company released four open beta updates, which was then followed by the stable build. As a result, users were able to test out a plethora of new feature sets. These included the Conversation notifications, One Time permission, Chat Bubbles, and the Smart device controls from the Power menu. Along the same lines, there were some OnePlus exclusive features as well. These included the Always-on display, new live wallpapers, Sans Font, Multi-user Zen Mode with three new themes, and new Gallery and weather apps as well.

However, these beta builds weren’t short of issues. There were some underlying bugs that made it quite difficult to use them as the daily driver. But after the release of the stable update, OnePlus managed to fix most of these issues. So while the latest stable OxygenOS manages to perform quite efficiently, the UI overhaul isn’t something for everyone’s liking. As a result, some users are looking to rollback to the previous OS build. If you also echo these thoughts, then here are the steps to downgrade your OnePlus 8/8 Pro device from OxygenOS 11 to 10 (Android 11 to 10). 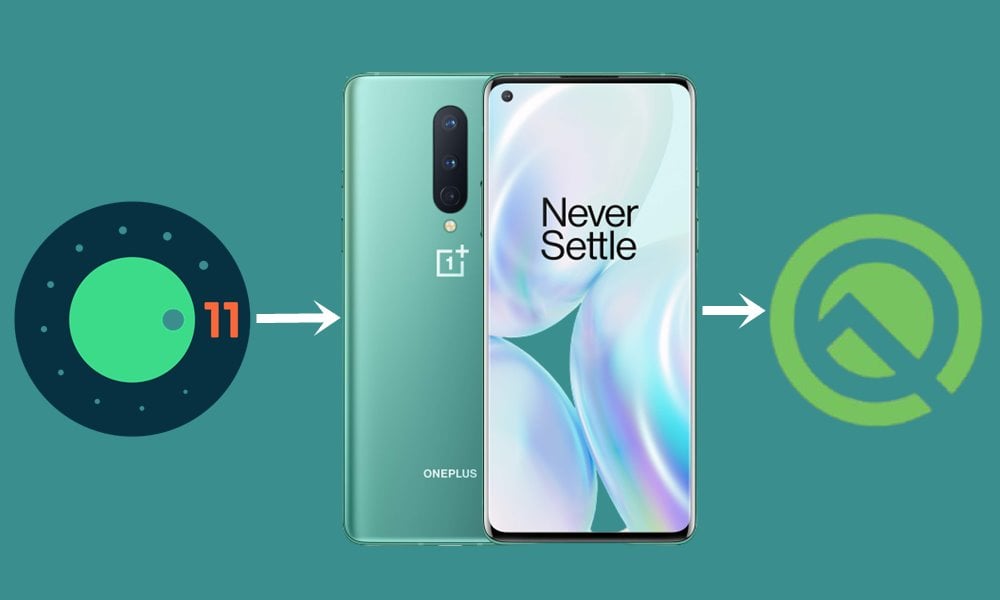 Likewise, others complained that a few of their apps aren’t yet fully compatible with the latest OS. Fortunately, the fix for each of these issues is pretty simple. You could easily rollback or downgrade your OnePlus 8/8 Pro device from OxygenOS 11 to 10 (Android 11 to 10). And in this guide, we will help you with just that. Follow along for the detailed instructions, starting off with the requirements.

Finally, download the rollback firmware for your OnePlus 8/8 Pro device from the below link. Make sure to download the firmware correspond to your region only, cross flashing the firmware of any other region might create some issues.

That’s it. These were all the requirements. You may now proceed with the steps to downgrade your OnePlus 8/8 Pro device from OxygenOS 11 to 10 (Android 11 to 10).

That’s it. These were the instructions to downgrade your OnePlus 8/8 Pro device from OxygenOS 11 to 10 (Android 11 to 10). If you have any queries concerning the aforementioned steps, do let us know in the comments. Rounding off, here are some iPhone Tips and Tricks, PC tips and tricks, and Android Tips and Tricks that you should check out as well.