Did you have the OnePlus 8, 8Pro, or 8T? Well, then you might be happy after knowing. Today, we have some piece of good news for you guys regarding the Android 12 (OxygenOS 12) update in OnePlus 8, 8Pro, and 8T as we all know that Android 12 is on its way and soon going to live the stable version for a general audience.

So, the previous year launched the OnePlus 8 series. Users are worried and excited to know the release date of the new upcoming update. However, the beta is available for them. But, not everyone wants to use the beta version as it might contain some bugs and glitches. So, we are here with again an Android 12 tracking guide for the OnePlus 8, 8T, and 8T Pro. Now, without further ado, let’s hover o the guide. 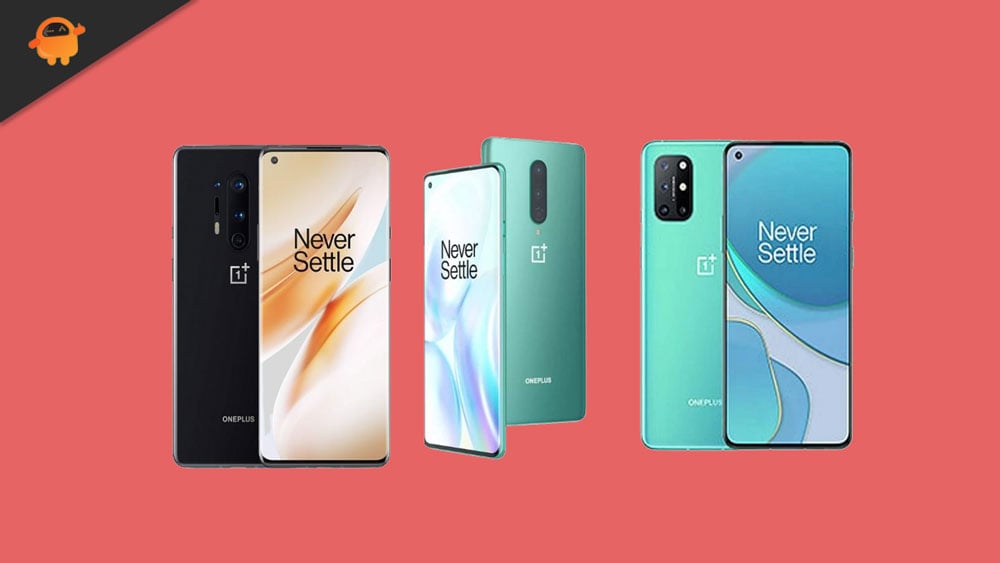 Well, the question is, I think wrong. So, it must be corrected that and should ask when the 8 Series is going to get the Android 12 OxygenOS 12 update. Now, if I have to answer the question, then I will say, of course, you’ll get the stable version anywhere soon by the end of this year. So, if you own any of these OnePlus devices, then just don’t worry about the update.

Although if you still want to verify whether your OnePlus device is eligible for the update or not. Then, let’s check out the features of these devices and check if they meet the minimum system requirement for the new Android 12 OxygenOS 12 update. So, here are the features of the OnePlus 8, 8 Pro, and 8T:

In contrast, the OnePlus 8T is also just the same as the above two phones, as it isn’t wrong if we say these devices launched by OnePlus are quite identical. Yes, the OnePlus 8T also has the same Qualcomm SM8250 Snapdragon 865 5G (7 nm+) processor with UFS 3.1.

Well, now in this section, we have some good news for you guys as per the recent reports coming out from the officials and the users worldwide. So, we request you to bookmark this page as all the future updates you will get here. Now, here are the Android 12 tracker for these devices:

27 July (IST: 4:00 pm): OnePlus officials have confirmed that they are now closing the Android 11 beta rollout for the OnePlus 8 series and now looking forwards to bring the Android 12 based OxygenOS 12.

Also, recently a user from the UK claims that he gets the new OxygenOS 12 beta update on his OnePlus 8T, as you can clearly see in the picture below. Although it is not confined to whether this image is authenticated or not, this is still a hope that soon OnePlus 8 series users will get the update.

So, stay tuned with this page as we will add more news regarding this in the future.