Fallout 76 is an online action role-playing game by Bethesda Game Studios. This is an installment to the series of Fallout video games and portrays as a prequel to the previous titles of the series. The release of Fallout 76 dates back to 14 November 2018  for Microsoft Windows, PlayStation 4, and Xbox One. Fallout 76 is the first multiplayer game by Bethesda Game Studios. Later on, when the game was subject to major widespread criticisms for its technicalities and design, the developers come up with an update and released it as Wastelanders in April 2020.

Although even after the update, there are still plenty of technical issues that players are facing. There are still multiple bugs and errors that are pissing the players off. Two common errors among these are Error 4:8:2009 and Error 3:0:7. Thankfully, the guide below will help you fix these errors and it takes is a little bit of tweaking around. So before we divert much, let’s look at how to Fix Fallout 76 Wastelander Error 4:8:2009 and Error 3:0:7. 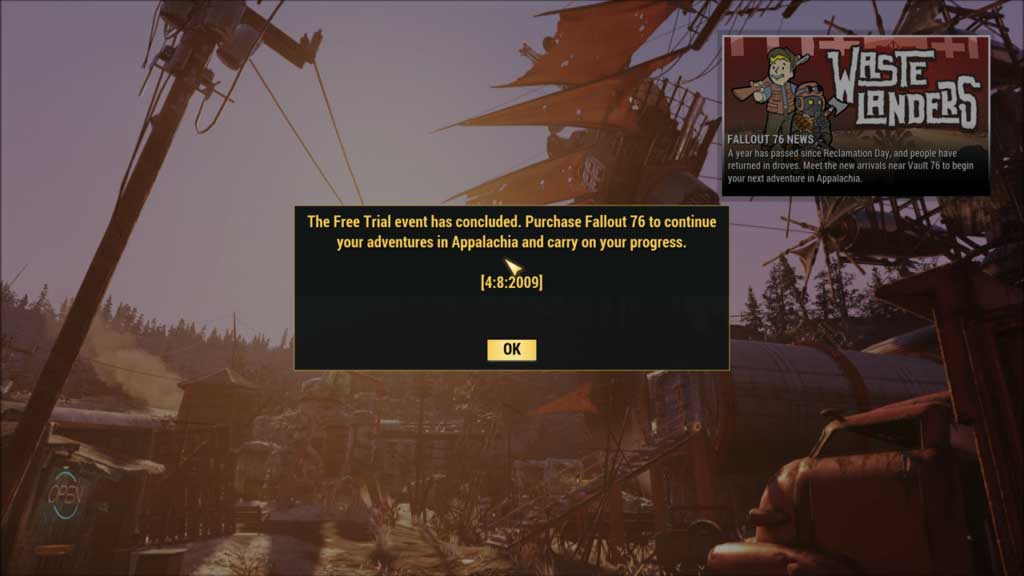 This is the second error we have that players experience while trying to log in. Coming to a deduction, we believe that this error shows up as a result of your antivirus interfering too much between you and the game. To counter this, simply tinker with your firewall settings, turn it off or exclude it from working for the game alone.

Summing up our guide, fixing both the errors is quite easy if you know the right thing to do. The method above is proven to fix the issue to a majority of people and we hope the guide will help you as well to counter it. Since there is no official explanation for the errors yet, the above guide is considered the most effective solution by far. If you have any further queries, please let us know in the comments down below. Good luck! Also, check out our iPhone Tips and Tricks, PC tips and tricks, and Android Tips and Tricks if you’ve got queries for it or want help. Thank you!