Developed by Bethesda Game Studios and published by Bethesda Softworks, Fallout 76 is an online action role-playing game. The game’s release dates back to the 14th of November, 2018, for the major platforms like Microsoft Windows, PlayStation 4, and Xbox One. Fallout 76 is an installment to the Fallout series and is actually set as a prequel to the previous entries in the series. Fallout 76 was an attempt by Bethesda Game Studios to add the first multiplayer game to the series. Fortunately, this attempt was a widespread success.

Of course, if we are talking about anything on codes, chances are there will be errors that’ll show up to bug you off. One of these is the Bethesda.net Login [3:0:7] error. If you’re reading through this article then we both know how much of a mystery the solution is. So to help you counter the issue, we’ve come up with an effective guide that lists the fixes. So without any further ado, let’s see how to fix Fallout 76 Error during Bethesda.net Login [3:0:7]. 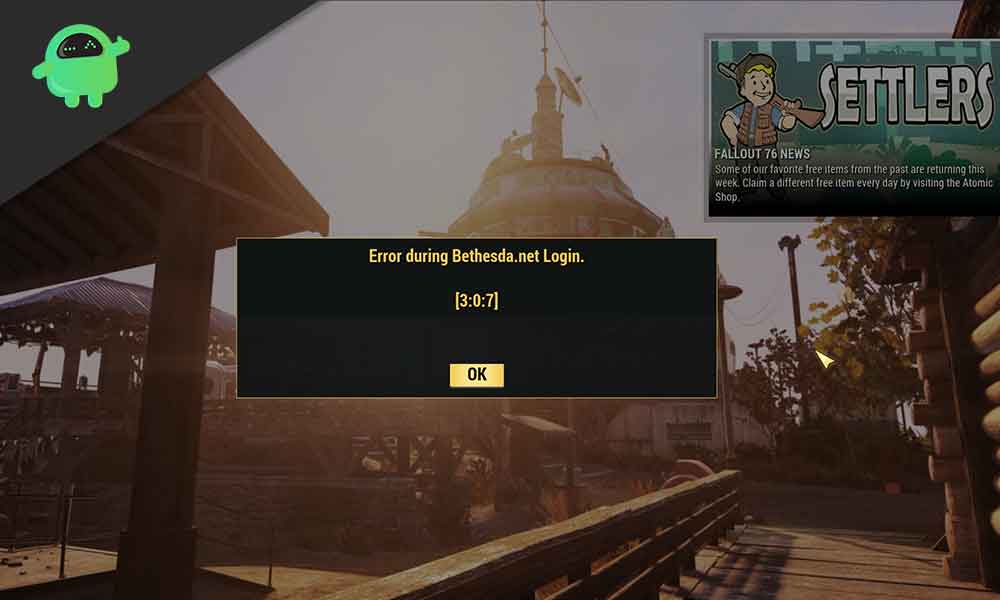 Summing up our guide, try restarting your PC or Console and disabling VPN initially. If these methods do not fix the error for you, then chances are highly likely that the issue exists with the retail game code. This means that purchasing the game from other retailers other than Bethesda.net Digital Store, Xbox One Marketplace, or PlayStation Store will require you to manually redeem the retail game code to your account. Just check in with your retailer and inquire about the same. Kindly let us know in the comments down below if you have any further queries. Good luck!