In this tutorial, we will show you how to fix the broken mods in Sims 4. The fourth installment to the Sims series is the latest addition to one of the most famous life-simulation games. Playing as a Sims character, you fully control their lives and take decisions that might shape their lives for good, or worse. The series has always been the fan’s favorite thanks to the plethora of customizations and options to choose from. In this regard, the game has nine expansion packs,  sixteen “stuff packs” and eight “game packs”.

Fix: Sims 4 Won’t Launch or Not Loading on PC

How to Fix The Sims 4 Black Screen After Startup

Sims 4 Not Working After Update, How to Fix?

Apart from that, there are regular updates that add new features to it, the most recent beginning the addition of the toddler life stage. Even if that’s not enough, you could try out a plentitude of mods. These mods could be used to alter the game’s content or even introduce some new ones. Well, if you have ever played Sims, this section is one that doesn’t require any explanation. However, what does require an explanation is what needs to be done in case these mods aren’t working as expected. In this regard, this guide will come in handy. Today we will show you how to fix the broken mods in the Sims 4 game. Without further ado, let’s begin. 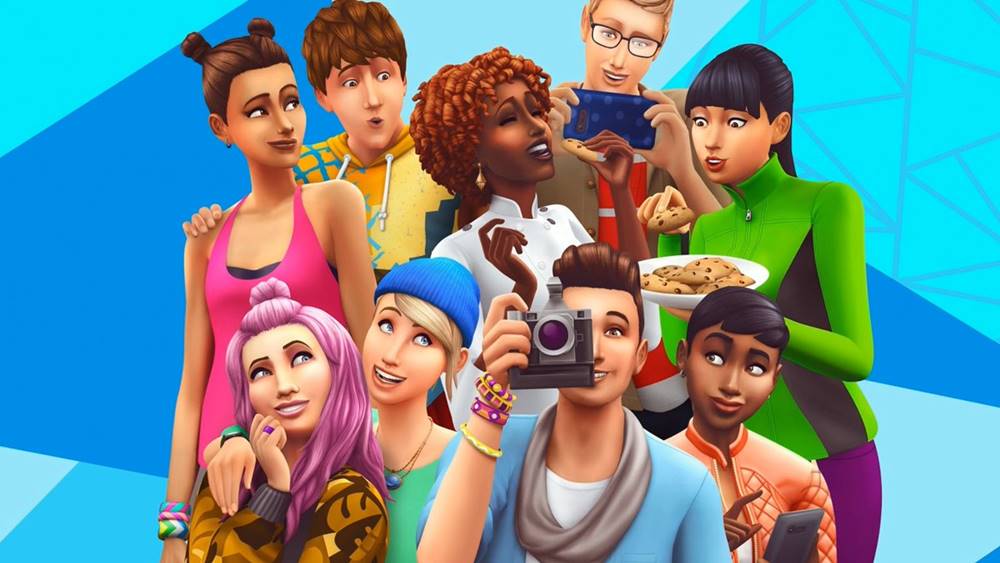 How to Fix Broken Mods in The Sims 4

Although fixing the broken mods might prove to be a challenge in some cases, the real challenge is in finding which of the mods aren’t working as expected. This is because with tons of installed mods, finding the broken one is more like finding a needle in the haystack. So to help you out, we have mentioned some pretty nifty tricks that will help you identify the broken Sims 4 mods and then help you fix the same. Follow along.

In this method, we will narrow down the search for the broken mods using the 50/50 test. This will help us in identifying the mod/mods that are broken or causing issues, and then we could then deal with them accordingly.

The first step in this regard requires you to move the Mods folder to the desktop. Once that is done, delete the game cache files. Similarly, also delete the localthumbcache.package file from The Sims 4 folder, which should be situated in the Documents folder. Now launch a new save and see if the error is persisting or not. If the freezing or crashing is no longer there, then we sure that the issue was due to a mod only.

Now we are aware that the issue is due to the mod. Let’s try and find the broken Sims 4 mods that are causing this issue and need a fix. For that, we will make use of what is known as the 50/50 method. Here is what needs to be done for that.

This is a type of trial and error sorting system that is used mostly when you have to dwindle the results into smaller batches and keep on doing so until you find the error. So start with sorting all your mods into two different folders. Put one of these folders into the Sims 4/Mods directory and launch the game.

Then do the same for the other folder. Find which half is causing this issue and then again apply the 50-50 test to that half. The number of folders having the mods that need to be fixed in Sims 4 will keep on decreasing and after a point, you would have the mod with the issue. Although the process will take quite some time in completing, the result is worth the wait. 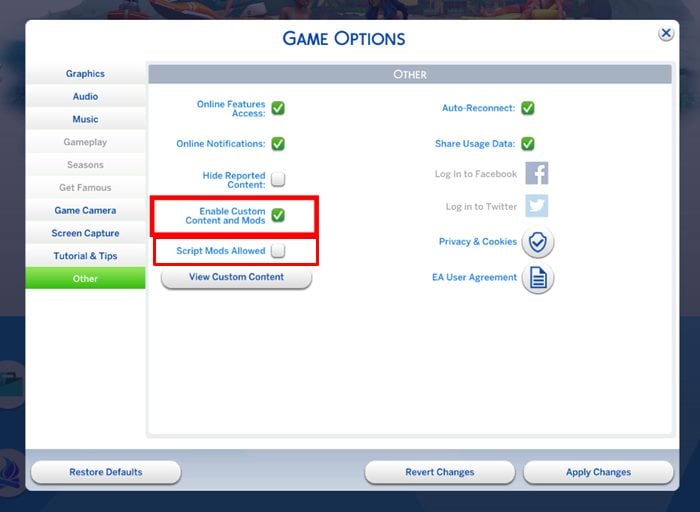 This is the next tip in this guide to fix the broken Sims 4 mods. In some cases, the mods might not be getting displayed in the game. This usually happens when you have applied a game patch as it might lead to the disabling of certain mods. In that case, you need to make sure that both the “Enable Custom Content and Mods” and “Script Mods Allowed” options are checked in the Other section of the game. The same could be accessed from the Options Menu > Game Options > Other.

Some users have also got success by resetting the Sims 4 folder. To try it out, move or rename the SIm 4 folder in the C:\Users\Username\Documents\Electronic Arts\The Sims 4 directory. The next time you launch the game, a new Sims folder will be created. Now try a new Save just for testing purposes, without adding any mods. If the game is running well and good, then you could move the files one by one in this folder.

If none of the above tips managed to rectify the issue, then you should consider heading over to the Bug Reports forum. See if any other user is having the same issue as yours or not. If it’s there, the forum members might have shared some useful insights that might come in handy.

So these were some of the methods to fix the broken mods in the Sims 4 game. We have shared near about four different tips, and one of them should work out in your case. Do let us know which one did the trick for you. On that note, here are some iPhone Tips and Tricks, PC tips and tricks, and Android Tips and Trick that deserves your attention.