Charging blues is a creative slang that defines issues with phone charging and there is nothing worse than charging blues where the phone ain’t charging or the battery recharges but with a slow pace. If you are facing such an issue, how to fix it? you may ask. Like any other smartphone, Asus smartphones are advanced and sophisticated but delicate and prone to issues ranging from freezing, flickering, lagging, performance glitch, feature not working and countless other issues that a user can face given the specific conditions. GetDroidTips tackles the various issues related to Asus such as freezing and restarting problem, wifi not working, water damaged smartphone, power button not working, weak signal or lost network issue, and others. We have also encountered the issue “Asus not charging problem” and provided a comprehensive and explicit guide on how to fix it in this extract. 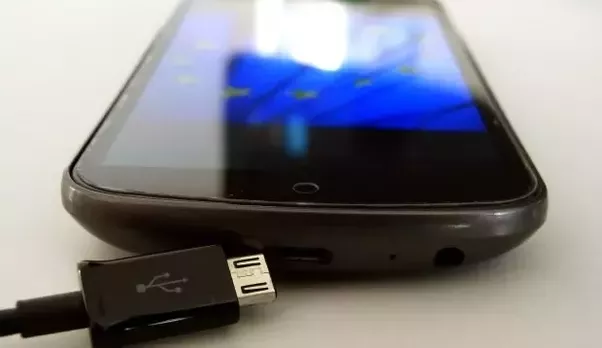 Keep this particular technique handy and utilize it wherever you suspect any software-related issue which also includes the phone’s inability to charge the phone that could be a temporary software glitch. Press the power key and hold it for a second, now tap on Reboot or Restart and there you have it, you have reboot the phone. Check if the phone charges or not.

Enter into the safe mode

As a matter of fact, safe mode is a diagnostic method where the developers and users can check for any issues created by any built-in or pre-installed app and third-party apps, although there are many applications of safe mode. Once you boot into this mode, you can connect the phone to a charger and check if the phone detects the charger and the battery charges itself or not. If it doesn’t, move to the next techniques in this guide. But in case if it did charge, note that the issue of Asus not charging problem is due to a third-party app which is causing temporal adverse effects. You can uninstall recently installed apps to check if the issue is sort or not.

A lot of people might raise suspicion if this is true or not but apps can create conflicts for other apps and services. These are third-party apps majorly that create conflict when the user prompts the system to allocate resources for an app or service. This means that if there is any third party app installed on your phone that conflicts with the phone’s charging capability, it will not allow the phone to recharge or create other issues otherwise.

Roll back or update the Android firmware

Outdated firmware isn’t really good for a smartphone as it literally slows it down and reduces its performance to a great extent gradually. If your phone is not updated and you are facing a phone not charging problem, open the Settings on your phone and go to About Phone and Software Updates where you can check for all available updates. If your phone is old or out-of-support as Android supports the smartphones within a period of two years post its original release. You can always bounce back or roll back to a previous version of firmware and resolve the issue if it’s because of the outdated firmware.

What’s the difference between an OEM charger and other chargers available in the market, you may ask? The answer is that OEM chargers are specially designed to draw the correct amount or amperage of power from the wall unit or any power source and then, stabilizes it and transfer it to the battery. When someone is using a duplicate or third-party charger, the power being drawn may differ or it may not be consistent throughout the charging procedure. There are bunch of other reasons why third-party accessories are not recommended and if you have been using it, you know the reason why your phone isn’t charger and if you are the one who’s looking to buy a cheap third-party charger to save that little cash over buying an expensive but original charger, you are really risking it.

Method A: Remove dust, lint, and other debris

Like any other procedure, charging process consists of different software, drivers, and hardware components where one of the major components is the USB-C port on your phone. First of all, this tiny component helps you to charge the phone by connecting a USB cable to the port and then to the charger and the wall unit. Debris such as lint, dust, candy, etc can cause interference in drawing the charge from the wall unit to the battery and note that debris keeps building up inside this port and over time, can cause issues like slow charging. Take a sharp object like a needle and scope out the debris inside the port but be gentle as being aggressive or applying even a little excessive force can deform the metal tab. Proceed with method B, C, D to narrow down the damaged component.

Method B: Play switcheroo with the cables

If the phone charge after you switched the USB cable, your old cable is damaged. You can also check for the signs such as twisting, twirling, cuts on the wire. But if the phone doesn’t charge, follow Method C.

Instead of switching the USB cable, pay emphasis on switching the adapter. Test the combination of new adapter and the old cable on your phone and do the same on another smartphone as a reference. If it works, then you know that the old adapter is damaged. If it doesn’t, check if the power source or wall unit that you use is working or not for which, the procedure is simple as we have stated below in Method D.

Verify that the power output i.e. the wall unit or any other source where you plug-in the charger if it’s properly working or not. You can use a screwdriver to test the current flowing from the wall unit. You can switch the power source i.e. wall unit to check if the phone is charging or not.

The final call – The USB port is damaged

If you have tried and tested all the four methods i.e. A, B, C, D, you are in for a treat. You have already narrowed down the culprit and now, it’s between a damaged battery and a damaged USB port on your phone. First, check if the metal tab inside the port is deformed or not. I would recommend you to talk to a technician who is qualified enough to confirm the culprit and resolve it accordingly. Note that if the phone wasn’t charging at all even after you went through all these methods, there is a high possibility that the USB port on your phone is damaged that can be replaced easily.

What if the battery is faulty? Replace It

If the USB port is working properly assuming that you confirmed it with a technician, the battery could be damaged. You can easily buy an original battery or as per your budget from the service center itself.