Apart from the Pixel 5 and Pixel 4a 5G model, the internet-giant Google has also announced an all-new Chromecast after a couple of years. This time the Chromecast has its own TV interface called Google TV which is a slightly improved UI over the default Android TV OS. The newly designed stick and the easy to use user interface for Google TV makes a better combo to discover content what you need all in one place. Now, if you’ve eagerly to experience the Google TV UI, then you’re in the right place. Here we’ve shared the easy step by step method on How to Install Google TV on Any Android TV.

It’s worth mentioning that Google TV UI is simply accessible on any Android TV devices like Mi Box, Nvidia Shield, Sony TVs, and more. Make sure that your Android TV device should be running on the Android 9.0 Pie or higher. Though Google TV with the new Chromecast has been launched in the US only right now, you’ll be able to play content via this in any region with the help of the VPN service.

However, you’ll require APK files, ADB commands via a computer to sideload the Google TV user interface completely. We’ll come to that part later as the process of using a VPN service is as easy as using any application on your computer or mobile device.

How to Install Google TV on Any Android TV

Please note that some of the Android TV device manufacturers provide an in-built File Manager app that can be used for file searching or transferring or installing. So, in that case, you don’t need to install a third-party file manager app on Android TV. 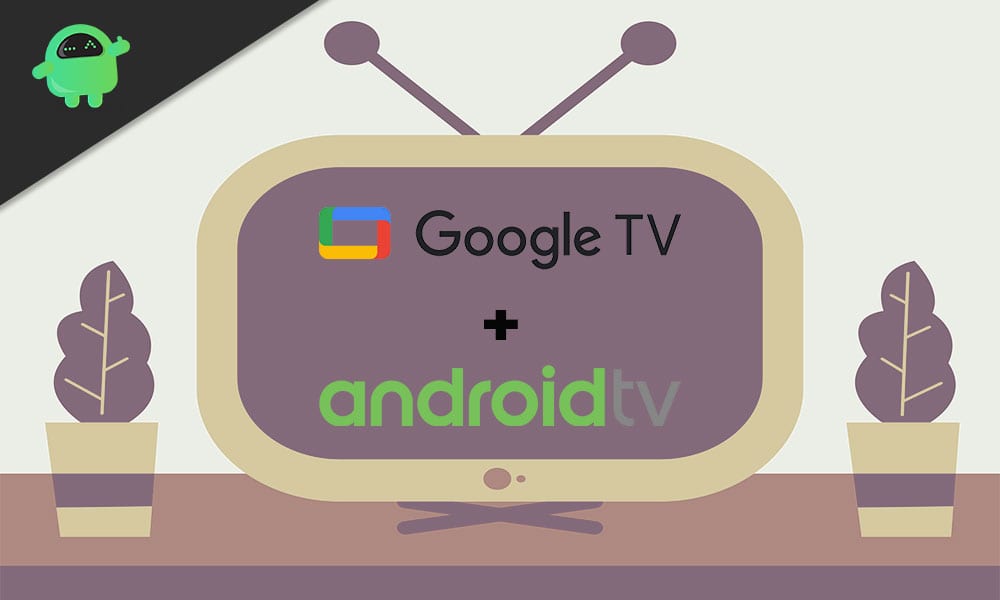 Step 1. Make sure to download both the Google TV APK and Google Apps for Android TV APK files on your Android smartphone. [If you’ve downloaded the APK files on Windows/Mac/USB Flash Drive then follow the sideloading steps below and then start following again from the Step 8]

Step 2. Now, install the Solid Explorer File Manager application on your Android TV via the given link of Google Play Store directly.

Step 3. Then head over to the Android TV Settings menu > Device Preferences > Security & Restrictions > Unknown Sources > Turn it on for the Solid Explorer app. (Important)

Step 4. Now, transfer or share both the downloaded APK files to the Android TV.

Step 6. Select the APK file one by one and choose Install via the Package Installer just like we install APKs on Android smartphones.

Step 7. Once installed both the Google App and Google TV apps, they’ll be listed out on the Apps section of your Android TV.

Step 8. Now, launch the Google Play Store on your Android TV > Install the app called ‘Home Screen Launcher for Android TV’ from the download link given above.

Step 9. Open the Home Screen Launcher for Android TV app on the Android TV > Quickly it will detect the LauncherX (Google TV) app which is already installed on your Android TV.

Step 10. Just open the LauncherX or the Google TV UI.

Step 12. Just restart your Android TV once and start exploring & streaming content seamlessly. Keep in mind to open the Home icon (Home Screen Launcher for Android TV app) every time after turning on your TV to directly open up the Google TV UI. [Obviously, because of the launcher kind of thing]

Most importantly, everything will work fine and smooth with the Google TV UI as it should be including the Personalized Recommendations (For you), Google Assistant, Movies, Shows, Apps, Library, Synced Watchlist, Play Next, and more options. However, for the first boot, the whole new UI may take a while to load completely.

How to Perform Hard Factory Reset on Sony Smart TV

How to Customize The Google TV Home Screen?

How to Disable Ads from Android TV Homescreen

Fix: Chromecast Not Working on Samsung, Sony, LG, or Any Smart TV

We’ve mentioned above that as Google has announced the latest Google TV UI with the all-new Chromecast in the USA region only, other countries may not get full streaming features or content options. But it’s no brainer that once you install any of the free to use or even paid one VPN service app on your Android TV, you’ll be good to go.

But here is a slight catch because the USA-specific content results will be shown to the users. Although using a VPN service isn’t a good idea always if you want to watch your preferred location-wise content, as of now there is nothing to do from our side.

Now, the icing on the cake part is that Google will soon gonna release the Google TV UI along with the new Chromecast for other countries as well (by the end of this year expectedly). So, cheer up!

Now, if you want to set the Google TV UI as a default launcher on your Android TV then you’ll require a computer, a USB cable, and some ADB commands to execute.

What if I Want to Go Back to Stock Launcher?

Somehow, if you don’t like the Google TV UI or you’re facing any lags or stutters and want to go back to the stock Android TV Launcher again, then you can run a single command.

That’s it, guys. We hope you’ve found this in-depth tutorial and some other info regarding Google TV installation on any of your Android TV devices. Still, have some queries? Feel free to ask in the comment below.