If you are using the Motorola One Action device and want to install a Stock ROM on it, you’re in the right place. Here in this article, we will share with you Motorola One Action Software Update Tracker – Android Q Timeline [Firmware Collections]. We will also provide you the download links and requirements which will useful for you to install the Stock ROM. Follow the full guide on how to install the stock firmware via the ADB Sideload method.

Android is an open-source software that runs on the Linux platform. It’s developed by Google and works so well with so many customizations. Due to the customization and open-source nature, the developers can easily get kernel source and develop any Custom ROM or mods, or root, etc. In case, you’re using any third-party firmware on your device and now want to go back to the stock firmware again, this guide is for you. Sometimes users face problems like screen freezing, touch unresponsive, camera error, device stuck, software bugs, or boot loop, etc.

Therefore, users can easily install the Stock Firmware on the device in order to fix all of these issues including bricking issues or warranty void issues. We have mentioned the Stock ROM advantages below which you can follow. 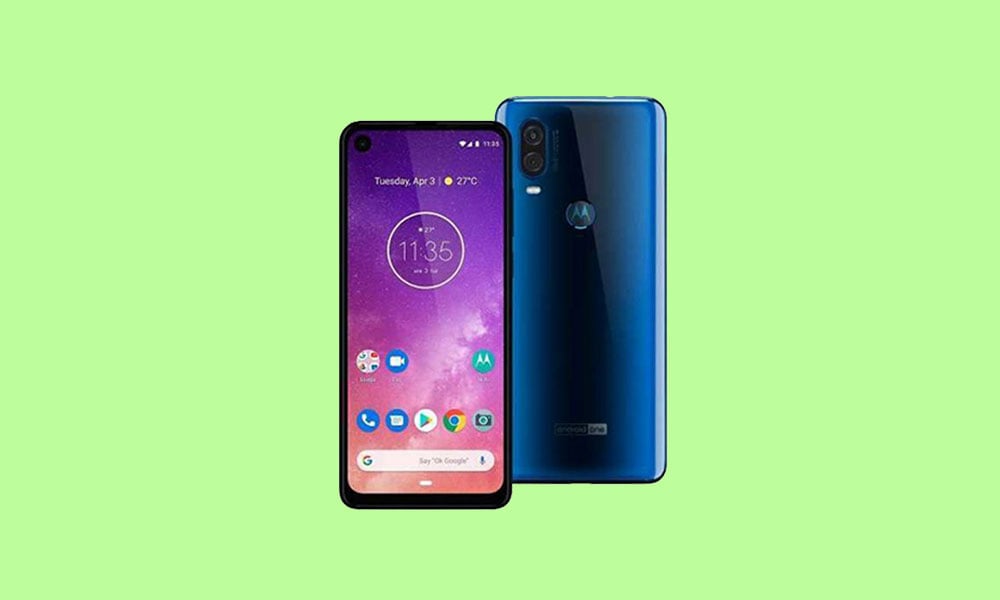 The Moto One Action features a 6.3-inch Full-HD+ display with a punch-hole camera. It runs on Android 9 Pie on the top of the Android One program. The handset runs on Samsung’s Exynos 9609 SoC coupled with Mali-G72 MP3 GPU. It packs 3GB/4GB of RAM and 32GB/64GB/128GB of inbuilt storage options. The storage can be expanded up to 1TB via a MicroSD card.

Before installing the stock firmware on the Motorola One Action device, make sure to follow all the pre-requirements and install all the necessary drivers and tools on your PC. It’s recommended to keep a backup of internal storage of the device as well.

GetDroidTips won’t be responsible for any kind of damage or error that occurs to your device while/after following this guide. Do it at your own risk.

That’s it! Hope that you have successfully installed Stock Firmware on Moto One Action smartphone easily.

Google has announced the Android Q Beta build a couple of months ago this year. For now, there are around 21 device models officially eligible to receive the Android Q Developer Preview update. But it contains some of the bugs and issues which users may face while using the OS as a daily driver. So, it’s better to wait for a few months more to get the official stable update. But most of the Android smartphone OEMs provide late software updates to its devices even for the flagship ones.

If you have any queries regarding the firmware installation, feel free to write down in the comments below.