Radeon graphics comes preinstalled with most AMD-based laptops, but if you have recently installed a fresh version of Windows or updated the drivers, you might get an error message saying Radeon settings and driver versions do not match error. This error is very annoying as once you update the graphics drivers, you expect the software to run without such warnings. Although the error seems strange as it has something to do with the problem not loading perfectly, due to the driver’s issue.

If you are also facing a similar situation where the Radeon software won’t open and shows ‘Radeon settings and driver versions do not match, you’re not alone. This message occurs whenever you update the graphics drivers either manually or via auto update settings. In some cases, the driver will get automatically updated and will show you this error message out of the blue. But don’t worry as there are a couple of easy troubleshooting methods to fix this situation. 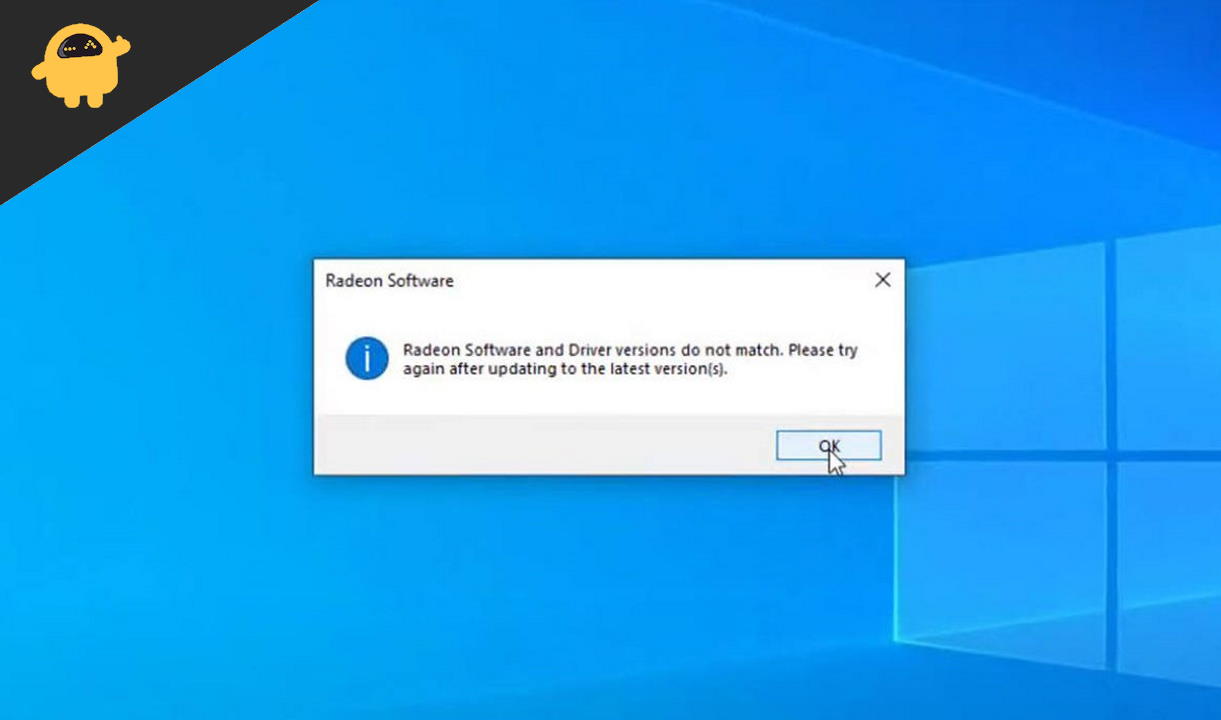 Here are a few fixes that have helped other users resolve this Radeon graphics problem. You may not need to try them all; just work your way down the list until you find the one that works for you.

Radeon is a graphic-intensive application that can configure to tweak changes to how your drivers are performing on the PC. These are very sensitive commands which affect the Operating System directly. In most cases, the app runs in Admin mode by default, but if it doesn’t then, it will throw several warning messages. To avoid these errors, run the application in Admin mode.

Select the “run as administrator” option from the menu.

Radeon has recently launched a new application that is cross compatible with a lot of devices using AMD chipsets. This new application is available on Windows Store and doesn’t have any issues attached to it. To fix the Radeon settings and driver versions do not match error, we recommend you to first delete the Radeon app. Then install the new Radeon settings app from the Windows store.

First, check the driver version on Radeon graphics. Open dxdiag app and select the Display tab (you may have more than one tab if you’re using multiple displays).

Note down the Version shown in your notepad or notebook. 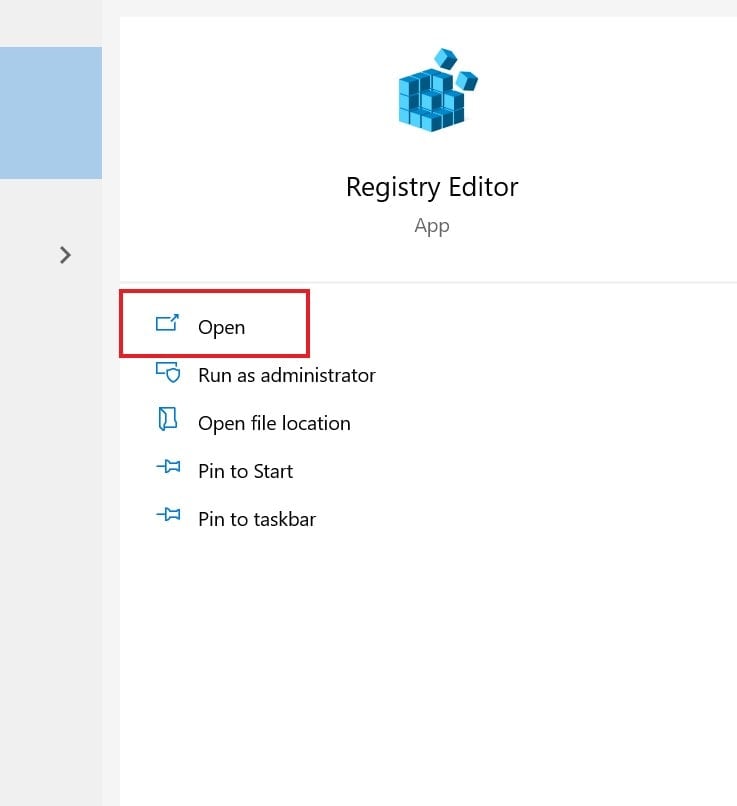 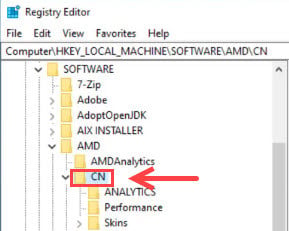 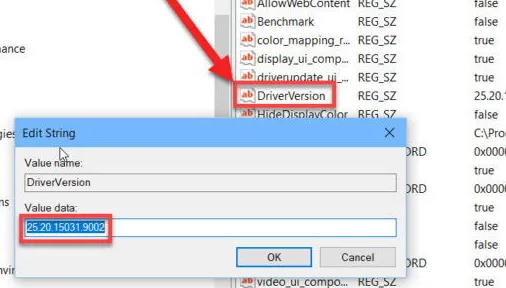 Double-click DriverVersion, and paste the version value we got from previous steps. 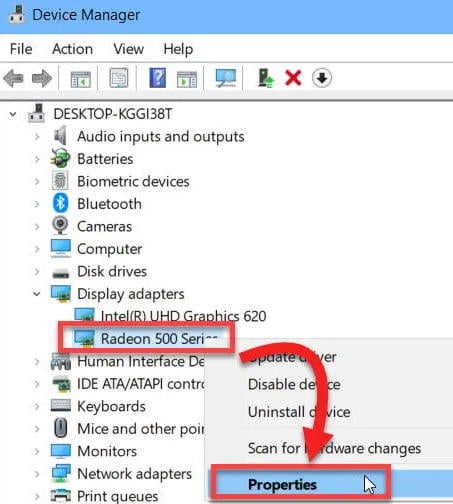 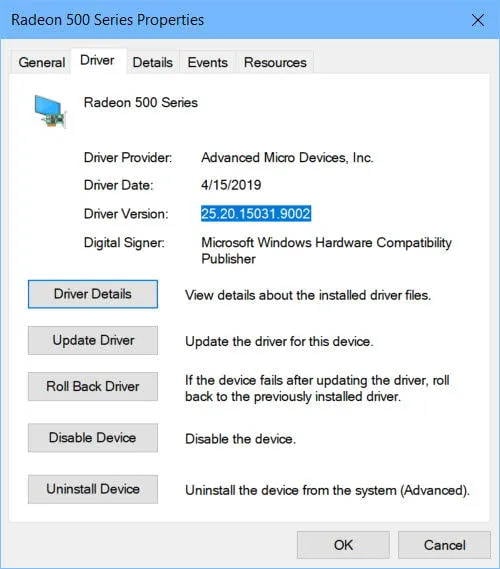 Cross check whether the graphics drivers have the same version number.

After cross-checking all the settings, restart your PC and see if the error message is gone.

If none of the above methods work for you, that means the new update you just installed is not compatible with your graphic card. So we have to roll back all the new driver files. In order to do that, we can roll back the Radeon graphics drivers from the device manager window.

Open device manager and open properties of the installed driver. 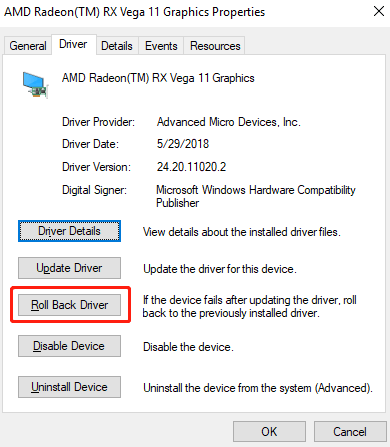 Open the Driver tab and click on rollback driver. It will reset the driver to a previous version and will hopefully fix the problem on your end.

The latest versions of AMD’s graphics drivers are designed to be used with a new version of the Radeon Settings Utility available on the Microsoft store. SO if you’re not able to fix the problem with the above troubleshooting methods, then you can download the AMD Radeon Software application from the Windows Store instead.