It is raining updates for Xiaomi devices. While the higher-end devices like Mi 10 and 10 Pro have started welcoming the Android 11 beta updates, its mid-rangers are slowly catching up with the pace. Recently we covered the Redmi Note 7 getting the stable Android 10 update. And now, the Redmi 7 has also got the taste of the same, albeit only to the China region as of now.

The device was launched last year with Android 9.0 Pie and was based on MIUI 11. So the device getting updated to Android 10 was hardly anyone’s guess. The only guess that was needed was regarding the timeline of this update. Now, with the update being welcomed to the Redmi 7 device in the China region, all doubt has been put to rest.

As far as other regions go, well there’s no definite schedule but usually, there’s a two-three week delay. So you could expect the update to land on other begins between the first and second week of July. However, there’s one thing that might disappoint a few users. The update has followed in the footsteps of its counterpart Note 7 and Redmi 7A and is based on the older MIUI 11.

This straight out spells that the Redmi 7 owners missing out on some pretty nifty features. These include the Improved Dark Mode, Sensory Visual Design, Super Wallpapers, New Animations, New Gestures, AI Calling, Enhanced privacy, and many more. But the wait shouldn’t much longer because the device belongs to the third batch. Hence it is slated to get a taste of MIUI 12 maybe in July.

Coming back to the Android 10 update, it also brings in the latest June security patch. This will further strengthen the device from the security point of view. But here’s the thing. The China variant’s update version is 11.0.1.0.QFLCNXM and brings in both the above-mentioned goodies (Android upgrade and June security patch). However, other regions will only be getting the June security patch, versioned V11.0.6.0.PFLMIXM. 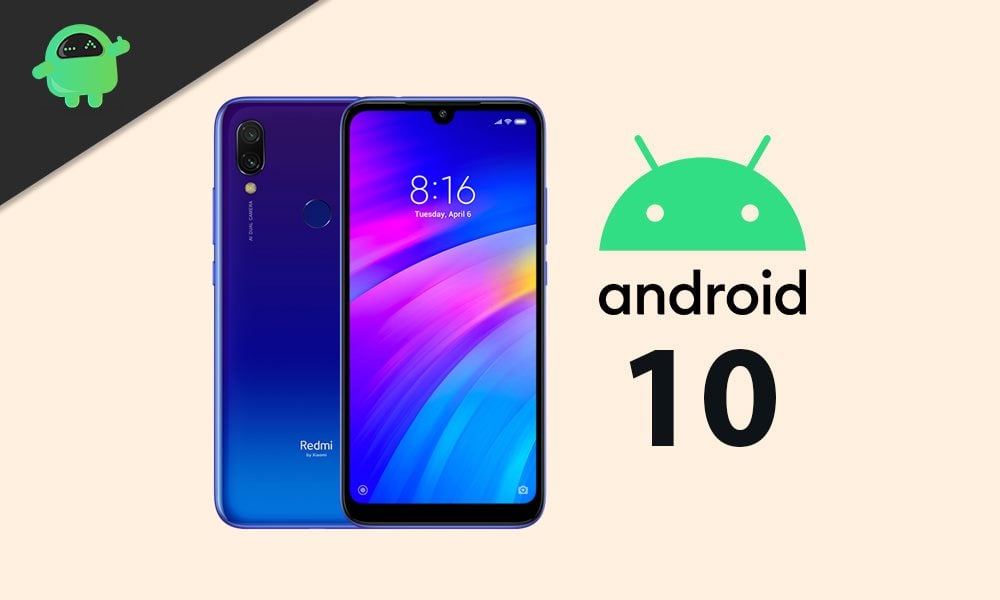 You could grab hold of the download link for the Android 10 update for your Redmi 7 device right away.

That’s all as of now. When the Android 10 update for Redmi 7 gets live for other regions, we will update the guide accordingly.