Rocket League is a popular high-powered, hybrid, multiplayer car racing game with a combination of football. In this game, two players battle each other to make goals from their team of car-based ball game. However, it is a sport-based competitive game. The Rocket League was released five years ago, and to date, the developers are providing updates and trying to make this game more exciting. Recently, Psyonic, the Rocket League developer, made free-to-play across various gaming platforms. But after the latest update, users face a unique version mismatch error in the Rocket League game.

Rocket League is quite popular among youngsters because of its engaging gameplay, and you can also play with your friends with the help of a split-screen. Also, it is available across all platforms like PC, Xbox, Playstation, and Nintendo Switch. And with the free-to-play public version, many more players are playing this game. Here are some troubleshooting ways you can fix the Rocket League version mismatch error on your gaming device. 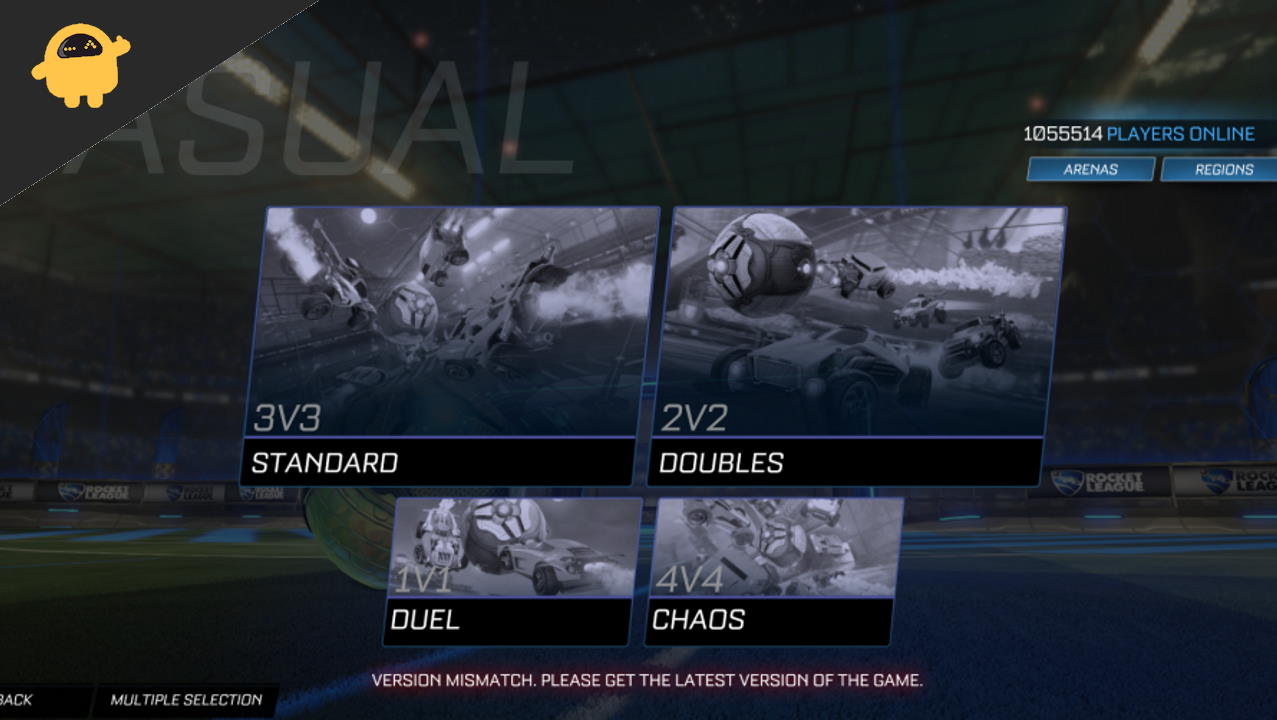 As per reports, the issue occurred after the patch was released by Rocket League last year. After some days, it was automatically rectified by another patch released by the developers. However, players are continuously facing the issue after every update, and many of us do not know what to do next.

Here are some possible solutions to get rid of the Rocket League Version mismatch problem.

Method 1: Restart and check for Updates

Many of us already use basic troubleshooting like restarting the system or the gaming console, but the issue is the same. Here you can apply the below fix missing in the restarting method.

PC gamers are one of the largest communities in the world. The high-end configuration of the system makes the PC more powerful than the gaming Console. But as we know, the current generation is using various platforms to play any game like Epic games or Steam. If you are playing Rocket League on these platforms, follow the below steps.

The gaming console is the next-gen system specially made for gamers, but the issue is that all the games are not available, and it differs from brand to brand. But the Rocket League is currently available in all leading gaming consoles.

If no updates are showing, the next method is to reinstall the Rocket League again. But before that, first, uninstall the game from your system and install it fresh. However, the game is free to play, or you already purchase the game not to cost a single penny.

Reinstalling the game will ensure you that the version of the game is up to date, and there is no need to check for any new updates. You can easily access the game from the library or search the Rocket League in the game store of your console or gaming application on your PC. It may take some time to install that whole game again.

In most cases, the version mismatch problem is occurring because people are installing the un-licensed version of the game. So make sure you install the game from official sources – Steam or Original website only.

The above two methods are currently the best way to fix the Rocket League version mismatch error. However, if the issue is still not resolved yet, you can raise the problem directly from the official website to the developers(Psyonix). We hope this guide will help help to fix the issue, and for more exciting tech content, bookmark our website and share your feedback in the comment section.