The popular G series from Motorola received a refresh this year, and we now have the G9 series from Motorola. The Motorola Moto G9 Plus was launched on the 7th of September, and it does a lot of things right. The device came out of the box with Android 10 and promised to receive the official Android 11 version.

If you’re using the Motorola Moto G9 Plus device and want to enable root access via Magisk then this guide is for you. In this guide, we have shared with you the steps to Root Moto G9 Plus using Magisk without TWRP in a very simple way for your ease.

In order to root your Moto G9 Plus, we will use the Magisk to patch the stock boot image and flash that to your device boot partition. Now, if you ask why Magisk? It’s a system-less root process that doesn’t tamper with the system partitions while enabling root access. Magisk can also hide online security measures to work apps properly like any banking app, SafetyNet, etc. 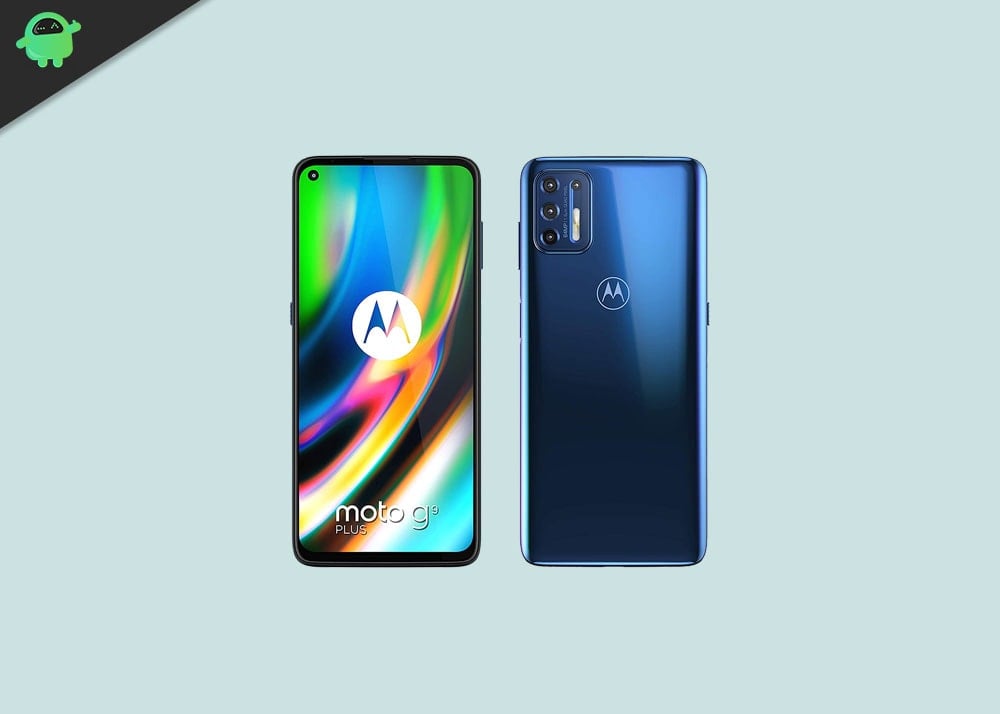 The Moto G9 Plus features a 6.81-inch IPS LCD panel with support for HDR10. There is no high refresh rate for the display. And we are stuck at the standard 60 Hz. As for the resolution, we have 1080 x 2400 pixels on a screen with an aspect ratio of 20:9. Under the hood, we have the Qualcomm Snapdragon 730G, which is an upper mid-range processor from Qualcomm built on an 8nm manufacturing process. It is an octa-core processor with two Kryo 470 Gold cores clocked at 2.2 GHz and six Kryo 470 Silver cores clocked at 1.8 GHz. And for graphics-intensive tasks, we have the Adreno 618.

In terms of connectivity, we have Wi-Fi 802.11 a/b/g/n/ac, Bluetooth 5.0, GPS, NFC, FM radio, and USB Type-C 2.0. When it comes to sensors, we have all the basics, including an accelerometer, gyro, proximity, and a side-mounted fingerprint sensor embedded into the power button. The Moto G9 Plus battery is a 5000 mAh cell that supports up to 30W of fast charging. This smartphone is available in two color options: Rose Gold and Indigo Blue. As for the price, the device starts from a price tag of $ 229.99, which translates to roughly around 17,000 INR.

Now, let’s head over to some of the necessary steps which you need to abide by:

We’re at GetDroidTips won’t be responsible for any kind of error or damage that occurs to your phone during or after following this guide or flashing any file. You should know what you’re doing. Take a full backup at first and proceed at your own risk!

2. Steps To Install the Patched Boot Image on Moto G9 Plus

Follow the proper guide to install Patched Boot Image on Moto G9 Plus from the below link:

That’s it, guys. We hope that you’ve found this guide useful and have successfully rooted your Moto G9 Plus device. For any queries, feel free to ask in the comments below.