The Samsung Galaxy F series has been a success in the budget to the mid-range smartphone segment in India. Indians very well received the F62, and now we have a new F series device coming to the market. Samsung officially announced the Samsung Galaxy F12 which is a budget 90Hz refresh rate smartphone. The device came out of the box with Android 11 based on One UI 3.1.

Samsung finally started pushing their new major OS update, One UI 4.1 for the Galaxy F12 based on Android 12. The update is now started rolling around the globe.

As per some reports, it is said to be rolling with build number F127GXXU3BVG1 for users around the globe. With this, Samsung has included the latest May 2022 Security patch which fixes many security bugs and vulnerabilities. 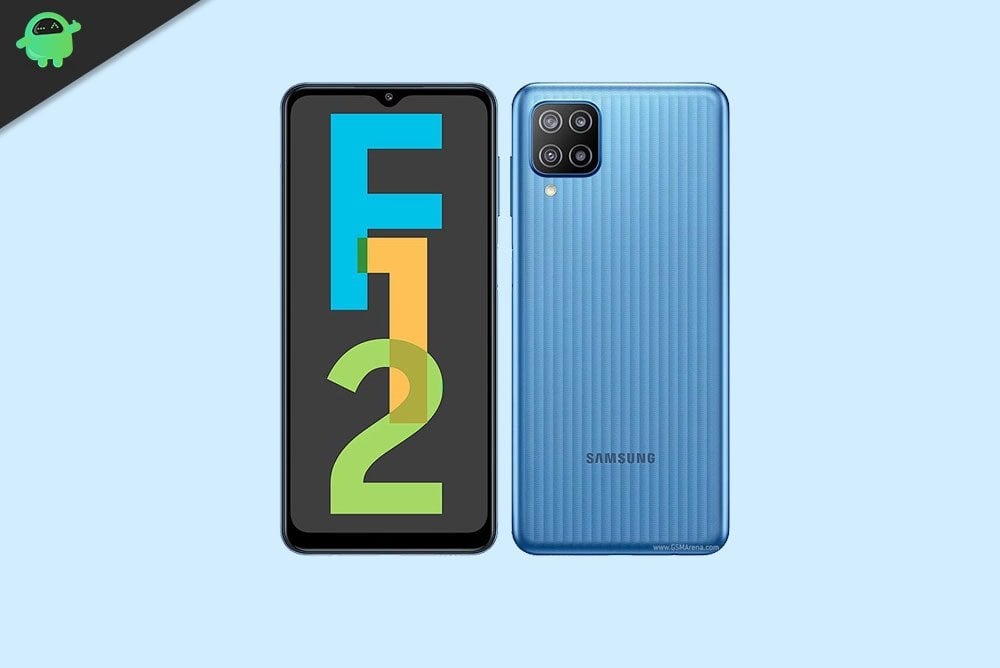 The Samsung Galaxy F12 features a 6.5 inch IPS HD+ screen with a resolution of 720 x 1600 pixels and an aspect ratio of 20:9. The USP of this device is that it has a 90Hz display. Samsung skips out on the AMOLED technology but offers a higher-refresh-rate panel to its customers with the F12. Powering the device is Samsung’s very own Exynos 850 chip built on an 8nm manufacturing process. This is an octa-core processor with four Cortex-A55 cores clocked at 2.0 GHz and four Cortex-A55 cores clocked at 2.0 GHz. The Mali-G52 handles all graphics-intensive tasks.

Coming to the cameras, we get a quad-camera setup at the rear and a single camera at the front for selfies. The rear setup comprises a 48MP primary sensor, a 5MP ultrawide sensor, a 2MP macro sensor, and a 2MP depth sensor. Moving to the front side, we see an 8MP sensor.

The smartphone has two storage options: 64GB internal + 4GB RAM and 128GB + 4GB RAM. There is a dedicated MicroSD slot for storage expansion too.

For communications, we have Wi-Fi 802.11 b/g/n, Bluetooth 5.0, GPS, FM radio, and USB USB Type-C 2.0. We get a side-mounted fingerprint sensor, accelerometer, and proximity sensor in terms of sensors. Like other budget Samsung devices, the Galaxy F12 also comes with a 6000 mAh battery supporting 15W fast charging.

Of course, the Samsung Galaxy F12 came out of the box with Android 10 and later received the Android 11 update. According to Samsung’s recent policy change, their device will get three years of major OS support and a security patch update of four years. As promised, Samsung finally started rolling their One UI 4.1 update to their flagship and feature-rich smartphone.

One UI 4.1, which is based on Android 12, brings an entirely new UI design with a simplified color palette feature and the game-changer Android 12’s material YOU design that lets users significantly personalize the look and feel of the UI. The dark mode is now been expanded to all app icons and the camera UI adds ease to use and is better than the last version.

Updated on August 08, 2022: Today, Samsung rolled their first One Ui 4.1 update to the global users with software version F127GXXU3BVG1.

Before we get straight to the steps to flash the One UI 4.1 update based on Android 12 on your Samsung Galaxy F12, let us take a look at the pre-requisites first.

Now, let’s look at the Steps to flash Android 12 on Samsung Galaxy F12.