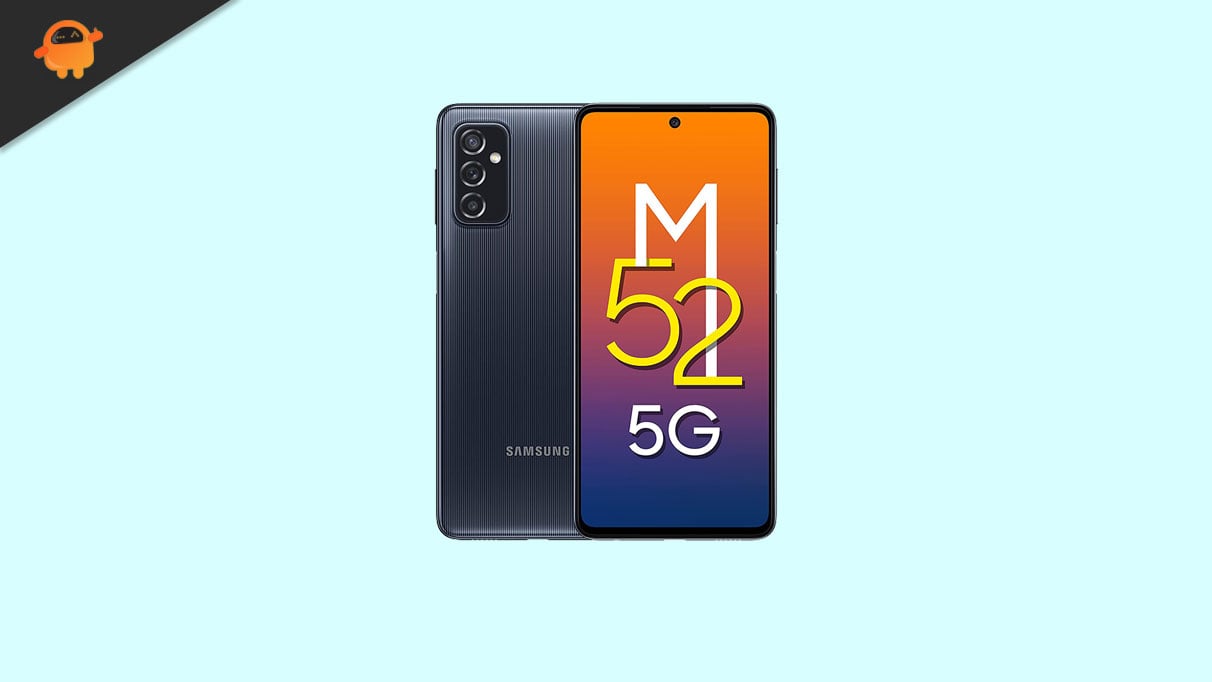 According to Samsung’s official blog, the company is committed to delivering 3 major Android OS updates and 4 years of Android Security Patches. Well, Samsung Galaxy M52 5G came out of the box with Android 11 based on One UI 3.1, and recently Samsung promised to roll their first major OS update; Android 12 based on One UI 4.1. There is no info on whether Samsung will roll out the Android 13 anytime soon. However, if you are here to know the exact date, we regret it because no such news is currently coming out from the official’s side. But, it is confirmed that by the end of 2023, you’ll for sure get the update.

Samsung Galaxy M52 5G device comes with a 6.7-inches Super AMOLED Plus display that includes a 120Hz refresh rate and 1080×2400 pixels resolution. It packs Android 11 on the top of One UI 3.1 skin out of the box. It has a Qualcomm Snapdragon 778G 5G SoC coupled with Adreno 642L GPU, 6GB/8GB of RAM, 128GB of internal storage, a hybrid SIM slot for expanding MicroSD card, etc. Unfortunately, there is no 3.5mm audio jack available in it.

Regrettably, we do not have any particular release date for Android 13 for the Samsung Galaxy M52 5G. But, you can bookmark this page as we will soon add an update tracker to this page along with respective links. So, just stay tuned with GetDroidTips.

Updated on July 19, 2022: Samsung started seeding June 2022 security patch update for the device with software version M526BXXS1BVG1. The update is based on Android 12.

Updated on August 12, 2022: Samsung started seeding June 2022 security patch update for the device with software version M526BXXU1BVG4. The update is based on Android 12.

Updated on September 15, 2022: Samsung started seeding July 2022 security patch update for the device with software version M526BXXU1BVG5. The update is based on Android 12.

Updated on September 29, 2022: Samsung started seeding August 2022 security patch update for the device with software version M526BXXU1BVH7. The update is based on Android 12.

Updated on November 30, 2022: Samsung started seeding November 2022 security patch update for the device with software version M526BXXU1CVJ7. The update is based on Android 13.