Terraria 1.4, also known as ‘Journeys End’ marks the final major update to the Terarria game since 2011. The new update introduces various new game elements along with improved items such as armor, weapons as well as consumables. One specific item to look out for is the Terraprisma in Terraria 1.4. The Terraprisma resembles an astral sword, but in reality, it is a Summoning Weapon. It is similar in nature to the Sky Fracture, which is actually a Magic Weapon even though it too looks like a sword. The Terraprisma will float behind the player when not in use. If the player has multiple Terraprisma’s, then they will be in a wing-like formation.

The Terraprisma is capable of autonomously attacking enemies. It does this by creating a detached copy of itself that swings and stabs when appropriately used. It has a velocity of 10, mana 10, and pink rarity but has a weak knockback of 4. In this guide, we will find out how to get Terraprisma and how to use it as a summoning weapon. 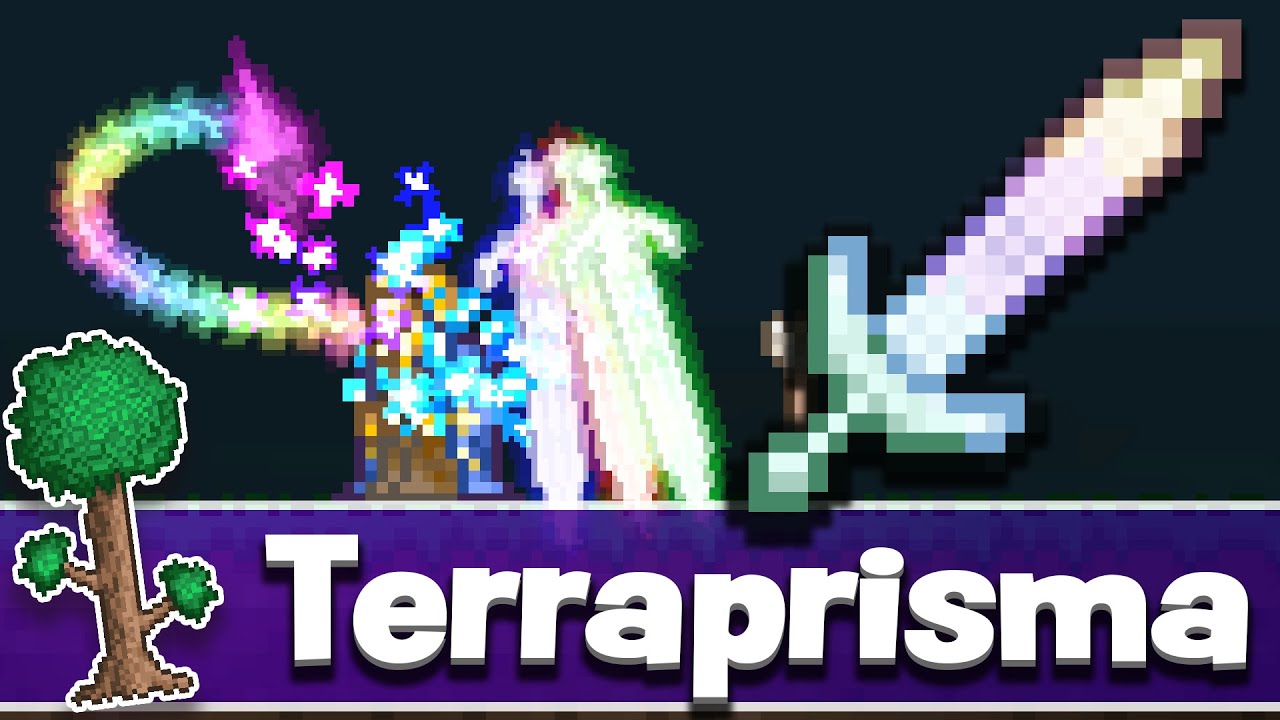 How to Get the Terraprisma in Terraria 1.4?

Players can get this summoning weapon by defeating the Empress of Light Boss during the day. The Empress of Light is a part of the new update in Terraria and is optional. She is likely one of the most exciting new encounters from the latest update and is also the toughest. It is important to note that this is purely a late-game adventure and can only be performed when the game is set in hard mode. This means players need to first defeat the Wall Flesh Boss.

To get the Empress of Light Boss to spawn during the daytime, players need to catch the Prismatic Lacewing using a bug net. It is an orange rarity critter that can found at the surface but involves a fair amount of searching. By doing so, the bug becomes a part of the player’s inventory, and upon releasing it in the Hallow, it will result in triggering the fight against the Empress of Light.

Once the Empress of Light has been successfully defeated, players will also find the following items dropped:

Remember, the Empress of Light must be defeated during the daytime else the Terraprisma will not drop in Terraria 1.4.

This guide was to help the players of Terraria to get the Terraprisma. After following our guide, users will be more hopeful and prepared to get that. We hope our guide proves helpful in your quest. If you have any queries or feedback, feel free to comment down below with your Name and E-mail ID. Likewise, check out our iPhone Tips and Tricks, PC tips and tricks, and Android Tips and Tricks for more such tips and tricks. We urge you to participate in the $150 giveaway by subscribing to our YouTube Channel. Happy Gaming!