Terraria is an action and adventure game that is quite popular among the Millenials. With the final update of Terreria 1.4, there are new NPCs moving around, and most prominent of them are Golfer and Zoologist. While the Zoologist is currently not so searched for, the Golfer is the most sought after and interesting as well. Players can now create their own golf courses and play on others as well. Like any golf course, players can tally their scores against their friends to see who’s better. In this guide, we will cover where to find the golfer NPC in Terraria 1.4.

Talking about the gameplay, you can play as both solo and multiplayer. Being a two – dimensional sandbox title, the game is quite addictive and has a user base of more than 30 million. You can do several things in the game, starting from combat fights to crafting several items. Overall the game is quite engaging as well fun. Now talking about the Terraria 1.4 update, it brings a lot of features updates and performance improvements. We will discuss even that and also the finding of the new NPC Golfer. So let’s get started with our guide. 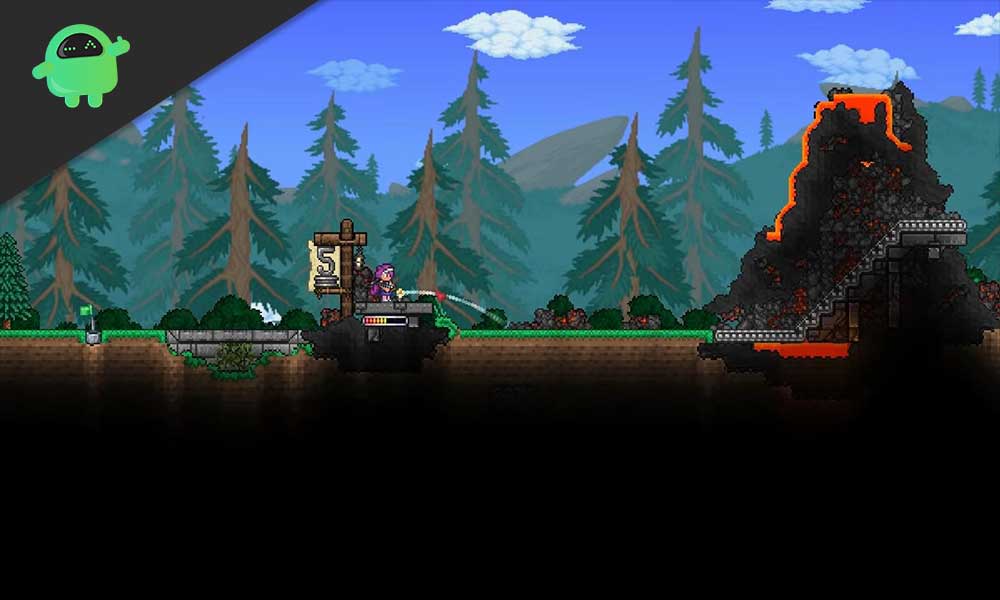 Terraria 1.4 brings about a lot of new features and updates. Named as ‘Journeys End’, the new update released on May 16, 2020, hosts a lot of new Non – Playing Characters. The major upgrades include changes and updates in:

Where to Find the Golfer NPC in Terraria 1.4

Players need to locate the Golfer NPC in order to collect all the equipment necessary for playing. The Golfer NPC is hidden inside the game and cannot be easily spotted, although the developers have shared some clues as to where to find him.

The Golfer NPC can be found at the desert biome in the underground locations of the map. Players would need to dig deep inside this biome in order to find him.

The desert biome is filled with strong enemies, so it is not advisable to head there without being properly equipped. Crafting the right armor and gear prior to the journey ensures that players can survive in the desert biome.

Finally, after getting the Golfer NPC, players can buy various golf equipment. The Golfer NPC has all the necessary equipment needed to play, and if players wish to upgrade them, they can do so by playing a few rounds on the course.

Spawn timings are random and may vary with time for each player. But with deep digging, the Golfer NPC can be found at the desert biome.

This guide was to help the players of Terraria who want to find the new NPC Golfer in the game. After following our guide, they will be able to accomplish this goal and have more fun. We hope this guide helped you. If you have any queries or feedback, feel free to comment down below with your Name and E-mail ID. Likewise, check out our iPhone Tips and Tricks, PC tips and tricks, and Android Tips and Tricks for more such tips and tricks. We urge you to participate in the $150 giveaway by subscribing to our YouTube Channel. Happy Gaming!