If you’ve been on the lookout for a way to share your internet connectivity to the devices around you, you’ve stumbled upon the right place! We have gathered here some of the best WiFi Hotspot Apps for Android that you can try in 2020!

In today’s world, internet connectivity has become as essential. Anybody who owns or has access to even one smart device knows the sheer importance of being always connected to the web. While internet started off as slow broadband lines, it soon has evolved into something much larger. We have seen the recent outburst of mobile network companies and their competitive pricing around the globe. The need for being always connected has also become a must, given how reliant and dependent today’s modern world is on social media and the internet in general. However, it is sometimes difficult to have all of your devices connected to the internet.

Even if you have a smartphone that is always connected to the web over your network, you won’t find WiFi anywhere and everywhere you go. This poses a problem to devices such as laptops, or generally any device which you don’t have a SIM slot for. This is where your phone’s trusty hotspot mode comes into play. It can easily transform your Android or iOS device into a portable WiFi station, allowing all of your other WiFi enabled devices to also benefit from fast and trusty internet. However, even this method requires that you have a mobile plan on your phone, and will also end up consuming a lot of your data. 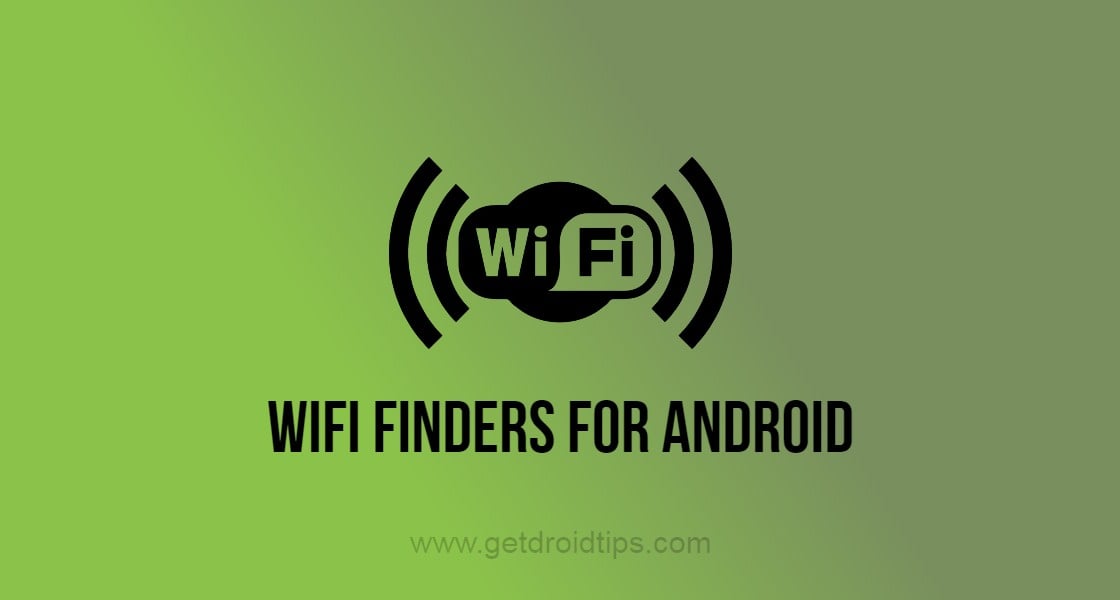 The easiest solution is to find and use WiFi hotspots around you that are free. Believe it or not, many urban and sub-urban cities in most parts of the worlds have cafes, shops or libraries that provide WiFi that is completely free to use. However, it is often difficult to find a free, open, and above all, a secure network which you can connect to. While you can manually use the WiFi scanning option, it is often times not recommended due to security concerns. This is where the world of WiFi Finders and hotspot apps comes into picture. There are several apps on the Google Play Store that aim at solving this issue. We have compiled a list of some of the best WiFi Hotspot Apps for Android that you can use in 2020. Read on to discover them!

All of the apps mentioned below have been tried and tested by yours truly, and I recommend only those apps that provide a fulfilling user experience. As far as availability goes, most of the apps we’ve mentioned about below are free, to begin with, but run on a freemium basis which means users can opt into buying the premium versions which unlocks a whole lot of other cool features. Overall, if you don’t plan on spending any money for WiFi Hotspot Apps for Android, you can still enjoy most of the listings here too! With that being  said, let’s take a look on our top picks!

The first app on our list is a WiFi hotspot finder by WiFi Map. It is free of cost, and has a really intuitive user interface. With this app in hand, you will be able to quickly scan around your area and discover all the nearby WiFi channels that are open and free to use. The map that this hotspot finder app has is highly responsive and updates in real time. This app also has a feature where you can share the WiFi hotspot location with your friends or family. The app also scans every network it finds and displays only those that are secure. Being one of the most downloaded and used WiFi Hotspot Apps for Android, we highly recommend you give this a try. You can download the latest version of WiFi Map for your Android device on the Google Play Store by following the link given below :

Next up on this list is also probably one of the best looking WiFi Hotspot Apps for Android that you can try out. Free WiFi by Winman is similar in many ways to WiFi Map that we’ve discussed above when it comes to the feature set. However, it outshines most of the WiFi finders with its highly intuitive UI and design. It adopts Google’s Material Design and has very easy to use and understand options and toggles. Just like WiFi Map, you can share nearby WiFi networks with your friends and family over WhatsApp, Facebook or more. You can also set priorities with this service. This means if you are among a bunch of open WiFi networks, your phone will only connect to the one that’s the most secure and fast. Overall, as a good WiFi finding app with an amazing user interface, we recommend you try out this app. You can download the latest version of Free WiFi by Winman for your Android device on the Google Play Store by following the link given below :

Third on our list is Boingo Wi-Finder and its simple WiFi finder app for Android. It has a minimal user interface, and locates free and open WiFi networks around your vicinity with just a single tap. While the app doesn’t offer many customization options or features like the other ones on this list, it is really quick when it comes to scanning and connecting to open networks. The app also remembers the locations you frequently visit and will automatically connect your phone to the best WiFi network around. This app has been listed as one of the best WiFi Hotspot Apps for Android in many websites and awards, and we highly recommend you download it as well. You can download the latest version of Boingo Wi-Finder for your Android device on the Google Play Store by following the link given below :

Up next is a really powerful WiFi finding app that’s available for Android phones and tablets. Find WiFi by WeFi claims to be a hotspot finder with the biggest WiFi listing all around the globe. And for this reason alone, you can trust this app if you usually find fewer or slower WiFi hotspots in and around your area. While the user interface of this app is quite complicated, it outshines most of the others with its feature set. You can save your favorite networks, share them with your loved ones, and even download the map for offline use or while travelling. The listing of the WiFi networks also shows you the directions and how far away you are from them for ease of use. You can download the latest version of Find WiFi by WeFi for your Android device on the Google Play Store by following the link given below :

Next on our list, we have one of the most cool styled hotspot finder apps on this list. WiFi Radar boasts a powerful 360 degree compass that updates in real time with your location. With this, you can not only find open WiFi networks in your area much faster, but also with much more ease. When it comes to the feature set, this app has all of the features that you would expect in a good WiFi finder app. We really like the general layout and aesthetic that this app has going for it. This is the reason why we would recommend someone to try this one out, if you are into a minimal app with not many ads. You can download the latest version of Find WiFi by WeFi for your Android device on the Google Play Store by following the link given below :

Now that you have seen quite a lot of the app that help you find a WiFi network, we feel some users also want suggestions to services that help you distribute your WiFi to other phones around you. PdaNet+ is an exceptional app of choice that helps you to do the same. If your router has a maximum device threshold, or if your signal drops a lot to devices that are further away from your router, then using this app will solve all your issues. You do need to configure quite a lot to be able to use this app, and you would also need a rooted Android device to make the most out of the features that this app has. You can find all the steps required to get your portable WiFi hotspot up and running in the description on the apps page. While the user interface of the app is quite dated, it does what it is supposed to and works flawlessly if you have everything set up. You can download the latest version of Pdanet+ for your Android device on the Google Play Store by following the link given below :

Ending out list of some of the best WiFi Hotspot apps for Android you can try in 2020, we have yet another app that allows you to get hold of free WiFi networks near to you. Free WiFi Passwords and Hotspots is an app by Instabridge that has over 4 million different free WiFi hotspots added to their database. You can download the maps to the places you usually visit, so you do not have to rely on an internet connection if you are stranded without one. Features of this app allow your phone to be automatically connected to the free WiFi networks nearby, which is very useful if you visit places like Starbucks or an Airport often. There are various stats that you can view about the network connection, such as speed and ping. The app is one of the better looking WiFi finders on this list, and has been recommended by many users who have used it. You can download the latest version of WiFi Passwords and Hotspots by Instabridge for your Android device on the Google Play Store by following the link given below :

That’s all folks! We hope you enjoyed our roundup of some of the best WiFi Hotspot Apps for Android devices! Which one among the list is your favorite, and how many of these hotspot finding apps have you already known or have been using? Know other good Android WiFi Hotspot Apps that you feel people might find interesting? Do let us know in the comments section below, we’d be delighted to hear from you guys!