2020’s Valorant is a free-to-play first-person hero shooter video game that has been developed and published by Riot Games that’s available for Windows only. Initially, it was teased in the codename ‘Project A’ back in 2019 then the closed beta program began then finally it’s officially available for everyone. However, it seems that there are some issues or errors still bothering players, and the Valorant Invalid Access to Memory Location Error is one of them.

According to multiple reports on Reddit, it seems that a particular memory error is appearing whenever players are trying to launch the Valorant game. Now, some reports are suggesting that closing unwanted applications running in the background might fix the issue completely. This error usually occurs whenever Valorant players try running the game with the minimum amount of RAM around 4GB. It basically causes issues with the game running. 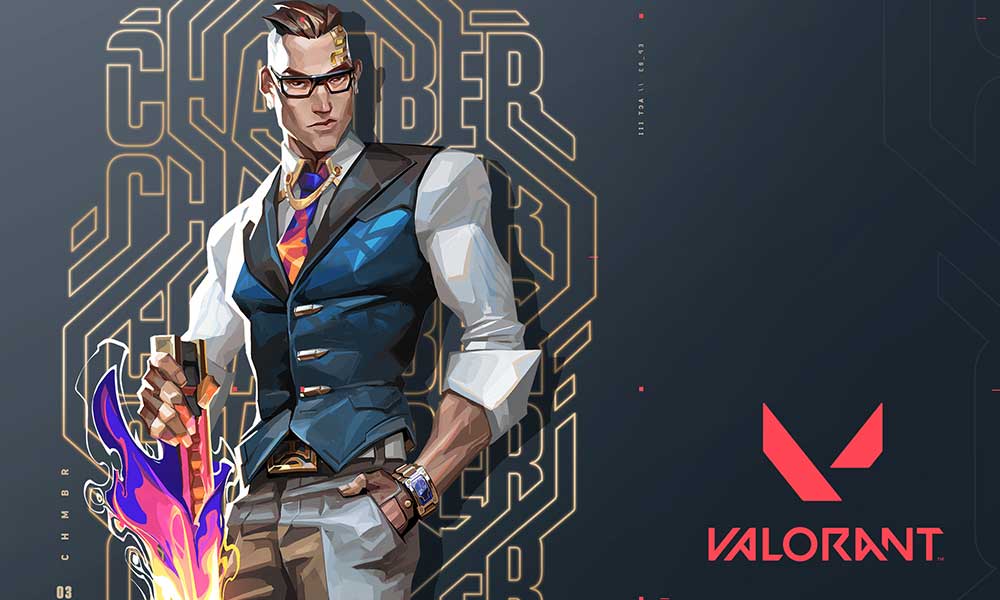 The chances are high that Riot Games will soon release a patch fix for this issue and maybe it got released if you’re reading this article after a couple of weeks or so. However, this error is bothering a lot of players quite often which eventually ruins the gaming experience and nothing else. The ‘Invalid access to memory location’ error typically appears whenever the game becomes unable to access RAM sufficiently. Yes! That’s considered to be a major reason.

Whereas some other reports are claiming that a recent update to Windows 11 OS from Microsoft did trigger the Valorant error while trying to launch it. Even in that scenario, one thing is clear the Invalid access to memory location error basically occurs when the system is unable to run the game files due to low RAM (memory) and not the low storage. So, maybe an outdated graphics driver or an outdated Windows build is troubling Valorant players.

By closing the unwanted applications on the system and freeing up the memory space, you might gonna fix the invalid access to memory location error on the PC. You can also try increasing the RAM to 6/8GB which may improve the gaming experience. Here we’ve shared all the possible workarounds below that should resolve the issue for you. So, without wasting any more time, let’s get into it.

It’s highly recommended to restart the computer properly because a temporary system glitch or cache data issue can bother you a lot. Though it’s a common step and may not come in handy for all affected players, you should try it out once.

The next thing you can do is to just give the proper admin access to your specific game executable file from the installed game folder to allow all the ongoing connections easily. To do so:

Some of the affected Valorant players did mention that after re-downloading the Riot Client on the PC from the official Riot Games webpage and loading the Valorant game has fixed the issue completely. The thing is that Riot Client checks for the game file automatically every time you launch Valorant. So, if there is an issue with the missing or corrupted game files, Riot Client will fix that itself.

You’ll have to re-download the Valorant game from the official Riot Games link and install the same to get the latest version.

Try not to use a VPN (Virtual Private Network) or a Proxy server on your PC because it increases the ping delay and the game can’t open properly. Make sure to turn off VPN or Proxy server temporarily before launching the Valorant game to cross-check if the Invalid Access to Memory Location Error is still bothering you or not.

SFC or System File Checker tool is useful enough to find out whether any program file or a disk drive has some issues or not on a Windows system. If there is an issue, you can try manually fixing it by following the steps below. To do this:

Try using the Deployment Image Servicing and Management (DISM) command on your Windows PC to fix several issues with corrupted or missing files. DISM is a command-line tool that can be used to mount and service Windows images before deployment. To do so:

Sometimes a bunch of system temporary files may cause multiple issues with the system performance or program launching whatsoever. It’s always a better idea to delete the temporary files on the PC by following the steps below. Don’t worry! It won’t affect your user data.

You should try closing all the unnecessary background running tasks on the system that may consume a lot of system resources. Issues with the system resources can trigger game lags, crashes, errors, etc. Try to free up the storage and memory space as much as possible.

Mostly an outdated or corrupted graphics driver version on your Windows PC can cause several issues with the game launching or gameplay. It’s recommended to check for the latest update and install the update as early as possible. The latest build always brings bug fixes and enhancements whatsoever. To do this:

Must Read: How to Fix Valorant VAN9001 Error on PC

It’s always a better idea to update Windows OS build to the latest version so that system improvements and general bug fixes can replace the older or buggy system version. To do so:

Sometimes Microsoft pushes a feature update or any kind of optional update to a separate location that most users don’t even know so far. You should also check for the optional updates by following the steps below to ensure there is no driver or security patch update pending. To do that:

It can possible that somehow the Riot Vanguard service is conflicting with some other background running services or temporarily having a glitch on your computer. By force closing the anti-cheat system, you may be able to use it properly.

The chances are also high that your Riot Games Vanguard service isn’t running properly on your PC. To recall, Riot Games do offer the Vanguard anti-cheat system on its PC games to prevent hackers and cheaters from ruining the gaming experience. Sometimes the anti-cheat system may not work smoothly if it gets disabled for some reason. Here we’ve provided two different ways to easily enable Riot Vanguard service on your PC. 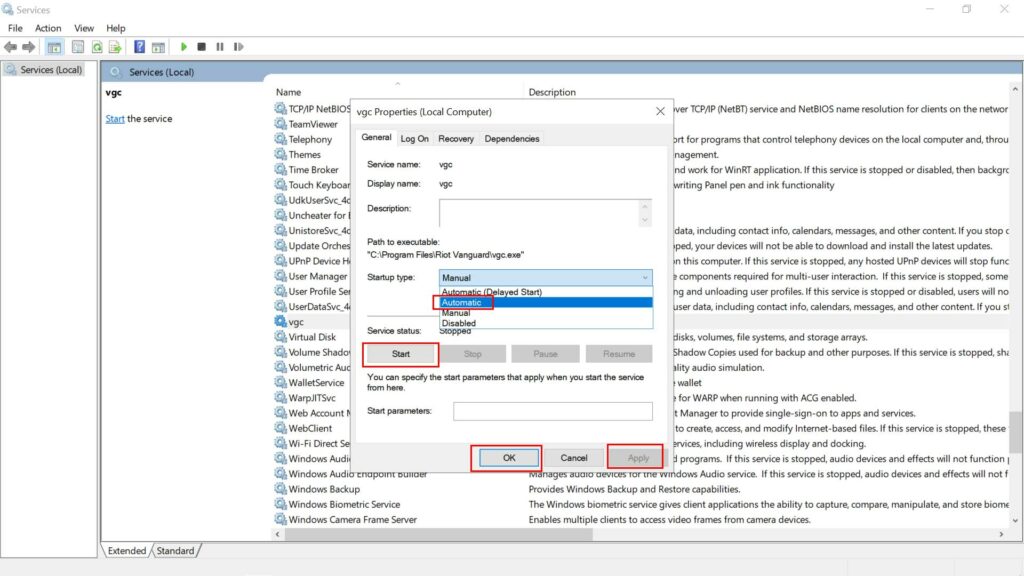 Once you’re done with the first method, it’s time to follow the second method below using the System Configuration option.

Try rebooting the system and launching the Valorant game via Riot Client to check whether the update is available or not. If available then make sure to install the update properly and then check for the issue again. Sometimes an outdated or buggy patch version can trigger multiple issues with the game launching or game running.

In most scenarios, the stock or third-party antivirus software may block all the ongoing processes or connections of the game files which can eventually trigger multiple issues. You should turn off the antivirus software temporarily to check if the Valorant game is running fine or not. To do so:

Try uninstalling and reinstalling the Valorant game on your PC to remove any kind of system glitch or cache data issue. Sometimes a corrupted game installation can become stubborn enough to throw out launching errors. Just head over to the official Riot Games website and download the latest version of the game installer file. Ensure to install the game on a different drive (if possible).

It’s also recommended to try upgrading the current RAM size to a higher size (more than 4GB) so that the Valorant game runs properly. If your computer supports a higher RAM upgrade then increase the RAM size to at least 8GB for an optimal gaming performance apart from compatible CPU and GPU.

If none of the methods worked for you then you should contact Riot Games Support for the dedicated customer support help desk. The support staff should help you with technical aspects to avoid such an issue to appear again. It’ll help the developers to work on the particular Valorant Invalid Access to Memory Location error and provide a resolution as early as possible.