There are no major changes apart from the security patch level which fixes the vulnerability in the Android OS that can be attacked remotely using arbitrary code easily. We highly recommend you to install the latest patch to secure your Verizon Moto G7 Play in the future cyber-attack.

Updated on March 16, 2020: Motorola Moto G7 Play was launched back in the year 2019 with Android 9.0 Pie out of the box. Today we are all waiting for the Android 10 update for the Moto G7 Play, and Verizon rolled a new security patch update for the device. This new update brings February 2020 Patch with a new software version PDYS29.105-165-10 based on Android 9.0 Pie.

As we speak, the update is rolling out via over the air (OTA) for users running a stable Android version, it may take a few days or weeks to hit the update to all units properly. However, you can manually check for OTA updates via the device Settings > System > Advanced > System Updates. If you’re interested in this new update including software version PDYS29.105-165-10, then you should check the OTA update on an interval basis to get the update notification. 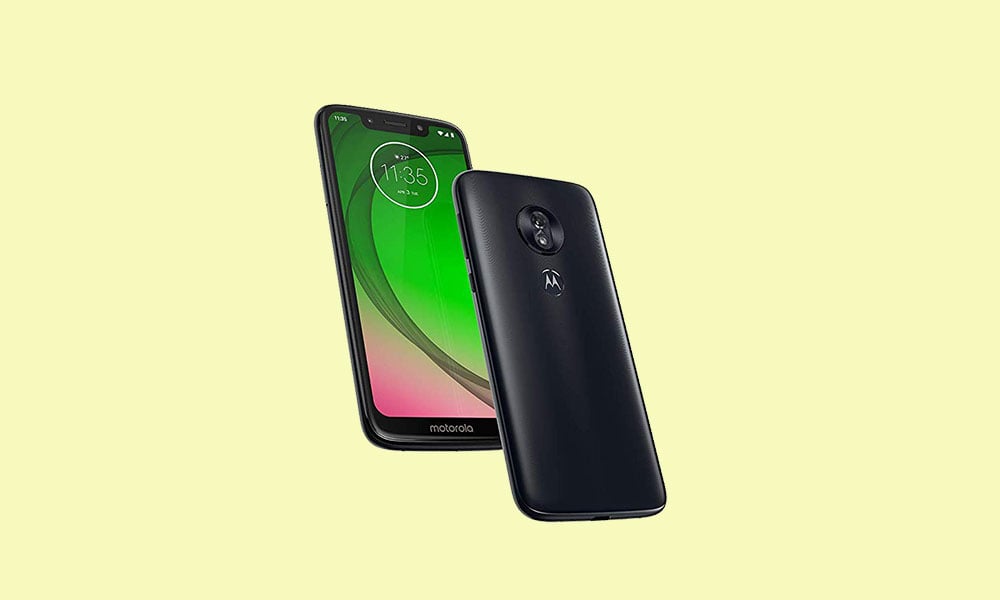 How to Capture OTA Update

The update should hit your devices like the regular airborne method. It should not be an issue as it happens automatically. In fact, you will be notified of the OTA when it becomes available on your device. However, there are always exceptions to this. Users sometimes don’t see the OTA software prompt on their phones. In that case, this is what you’ve to do.

This OTA update weighs around 64 MB. So, It’s better to download this update is by connecting to a good Wi-Fi network. This will save your tele-carrier data charges. Also, make sure to charge the battery of your device up to 70% before installing the new update.

Another way to upgrade your device to the security patch is by installing the firmware manually. The firmware bears the same build number PDYS29.105-165-13. We have put up the download link below. Follow it. Also, you can use the installation guide we have below.

We have already put up the full firmware zip file for Verizon Moto G7 Play that packs the December 2018 security update. Now let’s see how to flash the firmware on your Moto G7 Play manually.

GetDroidTips is not responsible for bricking of your devices while/after flashing this firmware. Do it at your own risk.

How to install Stock Firmware on Motorola Devices

So, that’s it.  Await for the OTA to hit your devices. Otherwise, if you wish to upgrade instantly follow the guide above. Install and secure your device.

Motorola Moto G7 Play was announced in March 2019 which sports a 5.7-inch IPS LCD display with a screen resolution of 1512 x 720 pixels with 294 PPI pixel density. The device is protected by Corning Gorilla Glass 3.

Motorola Moto G7 Play is powered by a Qualcomm Snapdragon 632 (14 nm) chipset coupled with 2GB of RAM and32GB of internal storage. It also supports an 1TB external memory card. The device came out of the box with Android 9.0 Pie and backed by a 3000 mAh battery (Non-removable).