The bootloader is the piece of code that runs every time you boot up your Android device. Bootloader applies to all operating systems that include Windows OS, MAC OS, Android OS in PC, laptop, Tablets, smartphones, and other devices. Bootloader will indicate to your device what are all the programs required to load in order make your device run. Bootloader gives instructions to your device to boot operating system kernel in which most of them have their modification environment or own debugging.

Bootloader will help you to determine when to enter into recovery mode or when to run Android. As Bootloader makes extremely processor-specific, every smartphone has its own bootloader. It is an independent runtime environment in a partition separate from main Android OS that can be found on all the Android devices. 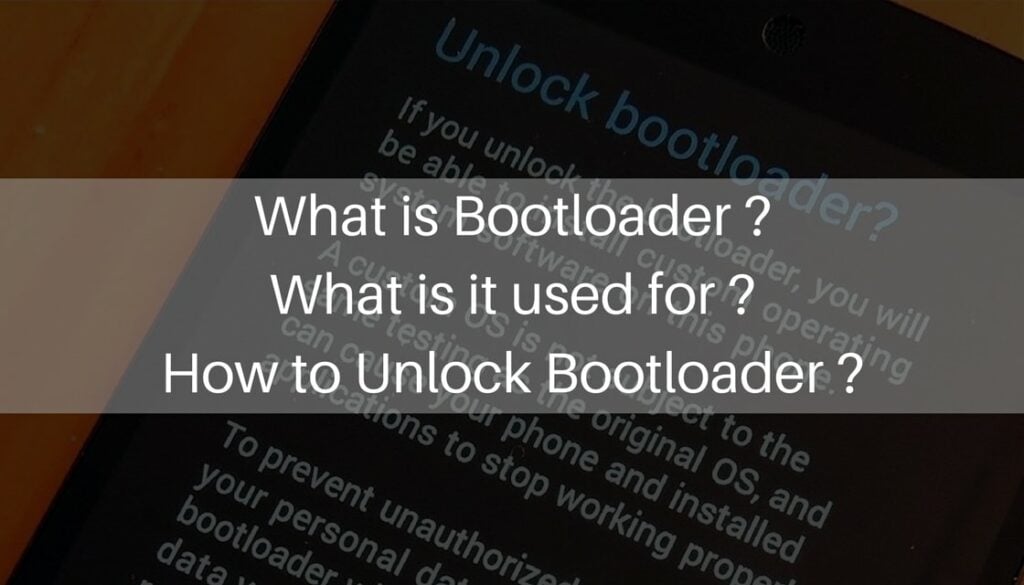 Why manufacturers lock the bootloader?

How to Unlock Bootloader?

Guide to unlock the bootloader of your device