Why does Windows Defender keep crashing in Windows 11/10? 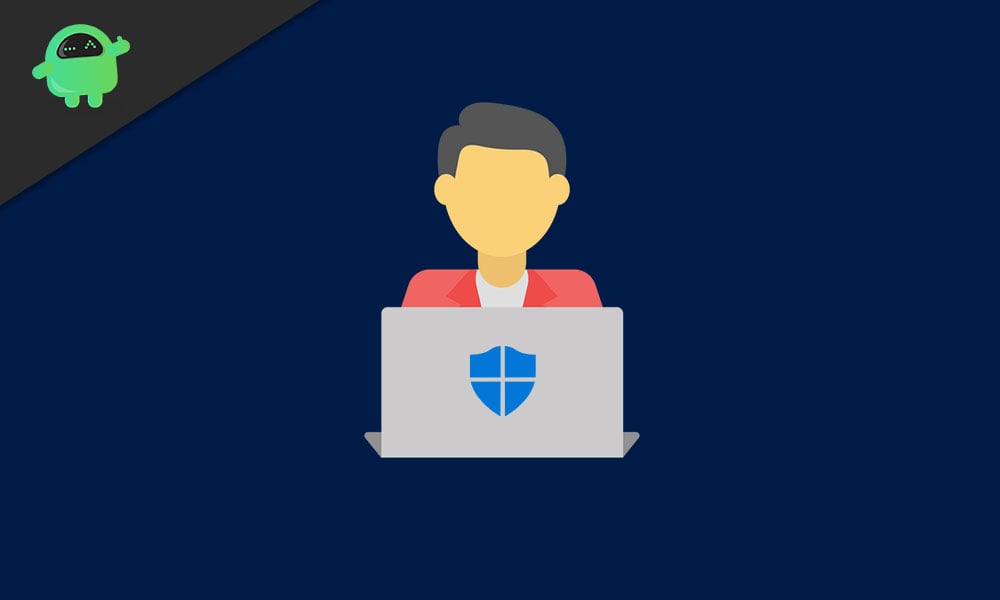 Windows Security is an integral part of the Windows PC and it is the first layer of defense. You shouldn’t let it slide as it is an indication that something fishy going in the machine.

Ask yourself a question, who would want the security layers to vanish?

I have listed several reasons why Windows Defender is crashing in the system upon opening. You shouldn’t miss a single point and I have given you valid reasons to prevent it from repeating.

Unfortunately, the Windows product key is an expensive deal, and I relate to most of the free users. Of course, Microsoft made a fantastic decision to avail of the “free version” back in 2015 with Windows 10 edition. Many users have ignored the “free version” and installed pirated Windows in the system instead.

In 2020, Windows software witnessed two hundred million malware pieces. A powerful malware has infected the system and disabled the security system to keep the software vulnerable. I’m recommending the readers to reinstall the operating system beat the malware, and that’s how I always solved the issue.

Don’t assume that Windows doesn’t face software corruption, and I have faced the problem over the years. I have shown you how to scan the system for corrupted files and offered a viable solution that I follow myself.

Windows Defender was a unique selling point back in the day. The world evolved drastically, and Microsoft embraced the shortcomings of Windows Security and accepted third-party antivirus in the system. Windows Security hands over the responsibility to the antivirus system. Of course, I will show you how to enable periodic scanning on the PC so you don’t rely on third-party antivirus.

I’m imploring the readers to reinstall the Windows OS using the ISO file downloaded from the official site. Don’t install pirated programs and Windows as there are alternatives available in the web market, and you have to look for them.

Windows10/11 doesn’t ask you to enter the product key and you lose the “Personalization” features only.

Nonetheless, you should switch to the official Windows OS and retire the pirated operating system for the rest of your life.

Microsoft’s operating system suffers from system files corruption, and it is one of the main culprits for the failing Windows Defender. Fortunately, MS equipped the software with inbuilt tools, and you can put them to check the system files’ integrity.

1. Open Command Prompt from the search bar and run as administrator. 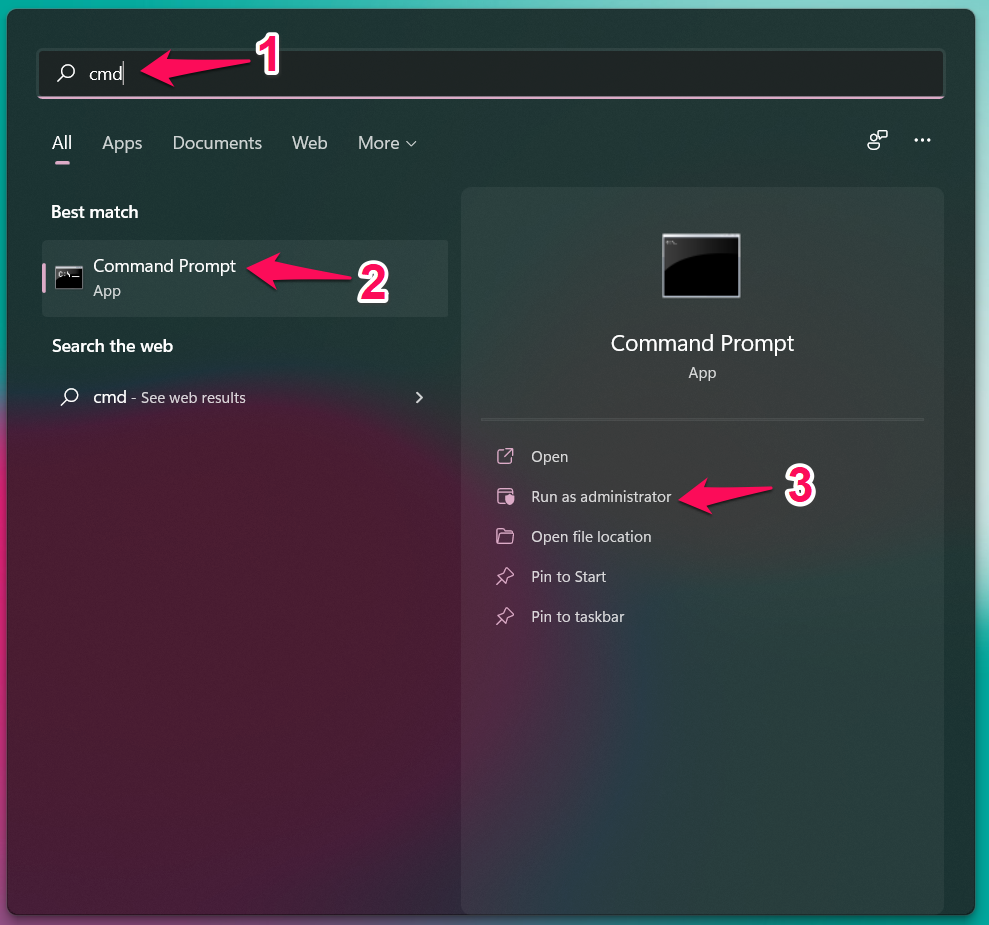 2. Enter the (sfc /scannow) command and press the “Enter” key. 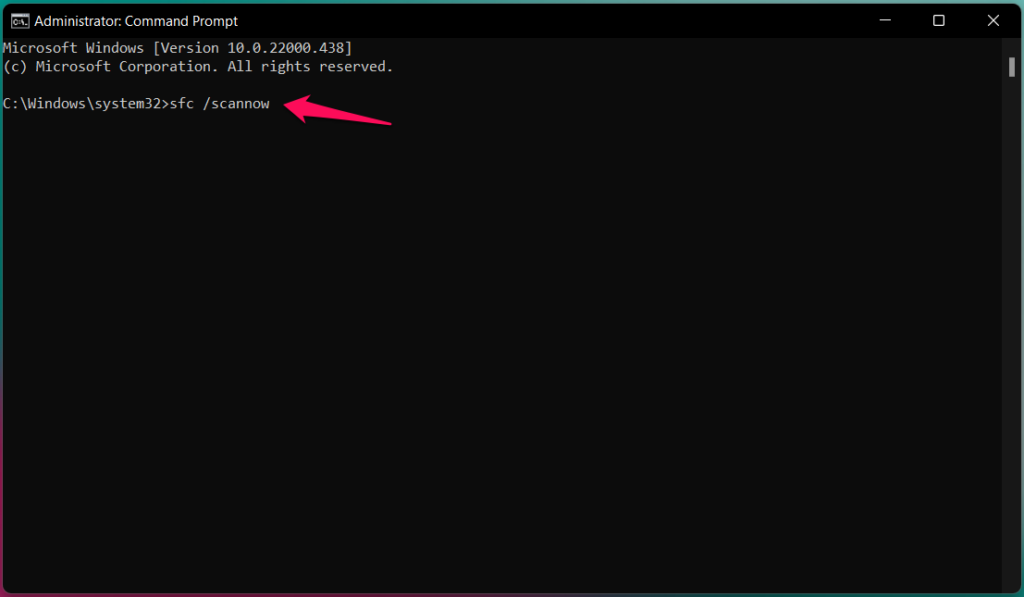 3. The verification begins in the Windows machine. 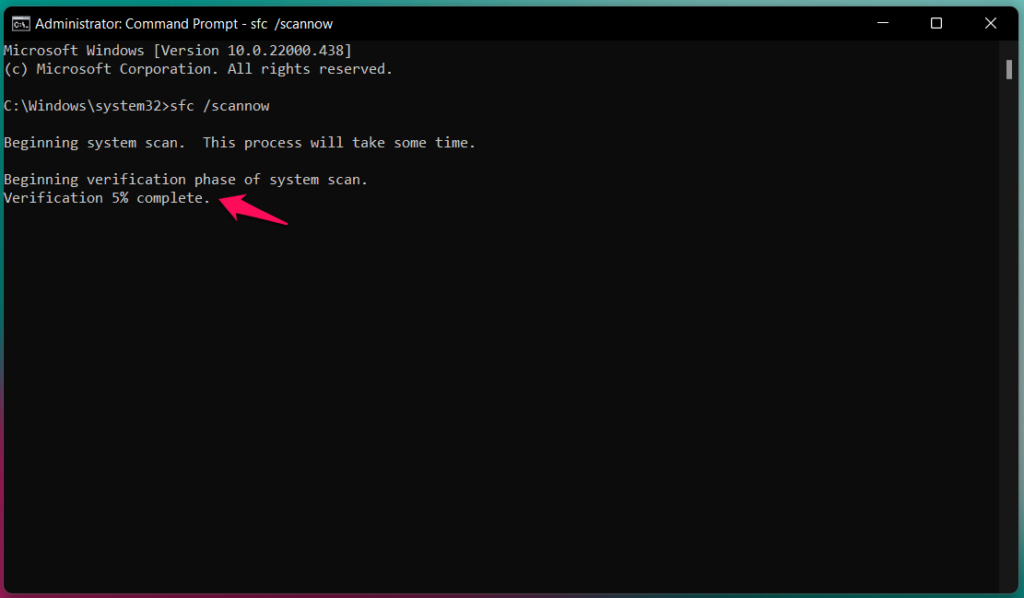 You should wait for a minimum of ten minutes to twenty minutes, and you can monitor the scanning process.

4. The system doesn’t have any corrupted file system. 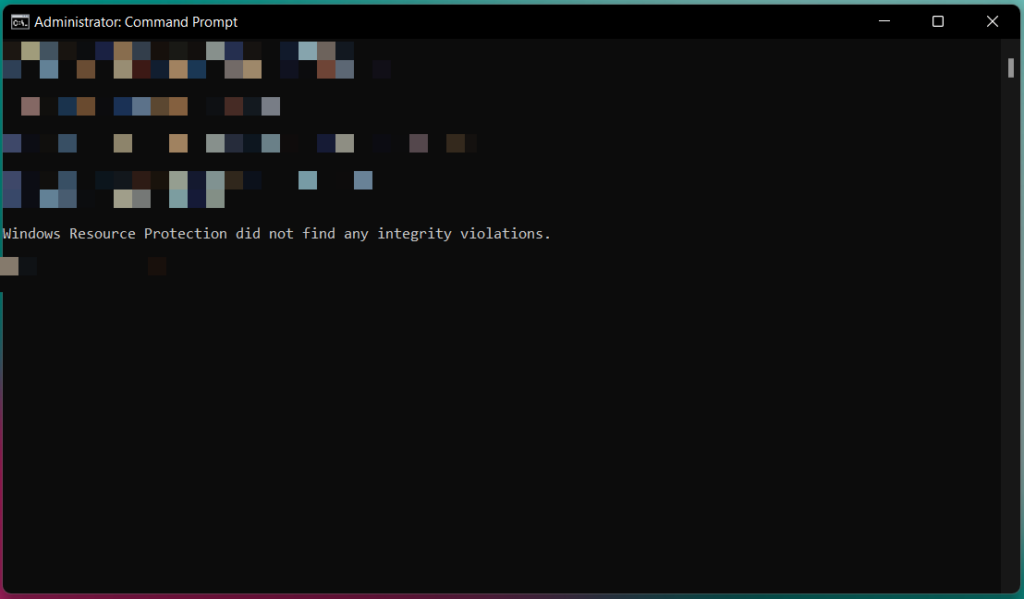 The results may vary, and copy the result from the Command Prompt. You should reinstall Windows if the result is “Windows Resource Protection found corrupt files but was unable to fix some of them.”

Nonetheless, do not interrupt the System File Checker tool and let it finish. 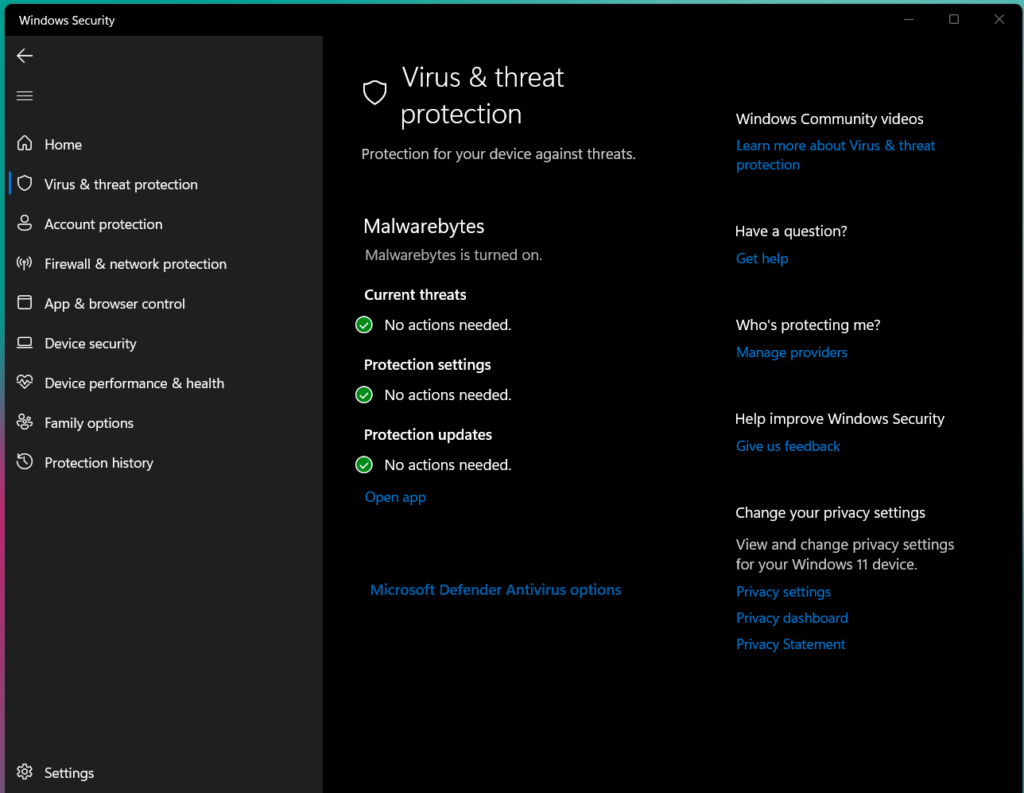 Almost everyone has an antivirus system on the Windows PC. I don’t recommend the users disable the security system since it leaves the computer vulnerable. It’s a risky bet, but I will leave this judgment in your responsible hands. Windows has optimized the software incorporated with the third-party security solutions.

Microsoft has made mistakes in the past, and they released feature updates that affected the performance. Fortunately, the software doesn’t have limitations and allows the users to uninstall the feature updates from the PC. Create a restore point, so you can go back to an earlier point if things don’t turn out favorable.

1. Press the Windows key and open “Settings” on the PC.

2. Find “Recovery” under System and open it. 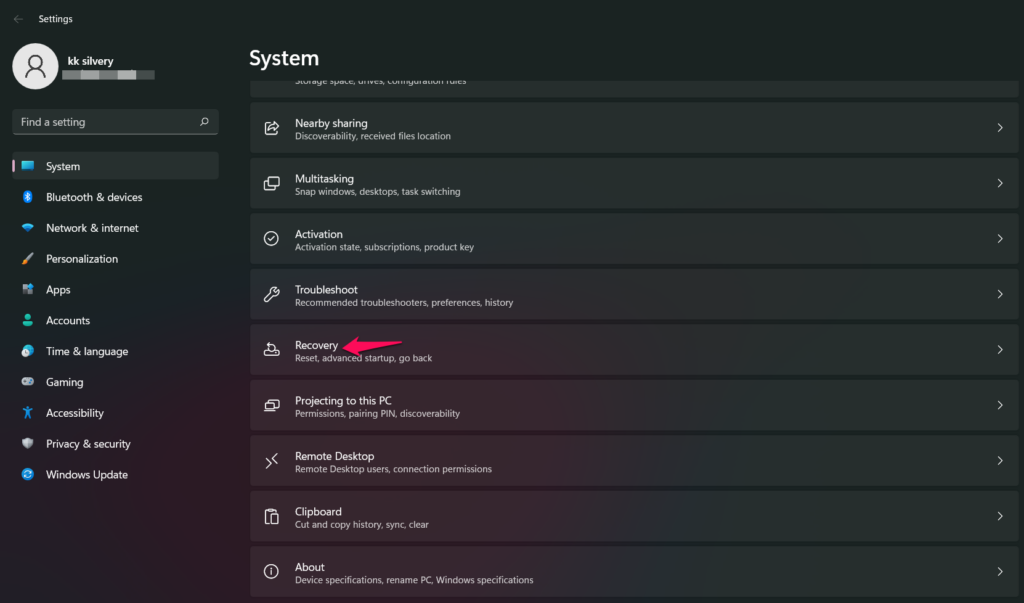 3. Find “Advanced startup” and click on the “Restart now” option.

Windows 10/11 boots recovery mode, and you have to wait for the software to restart and load the UEFI options. 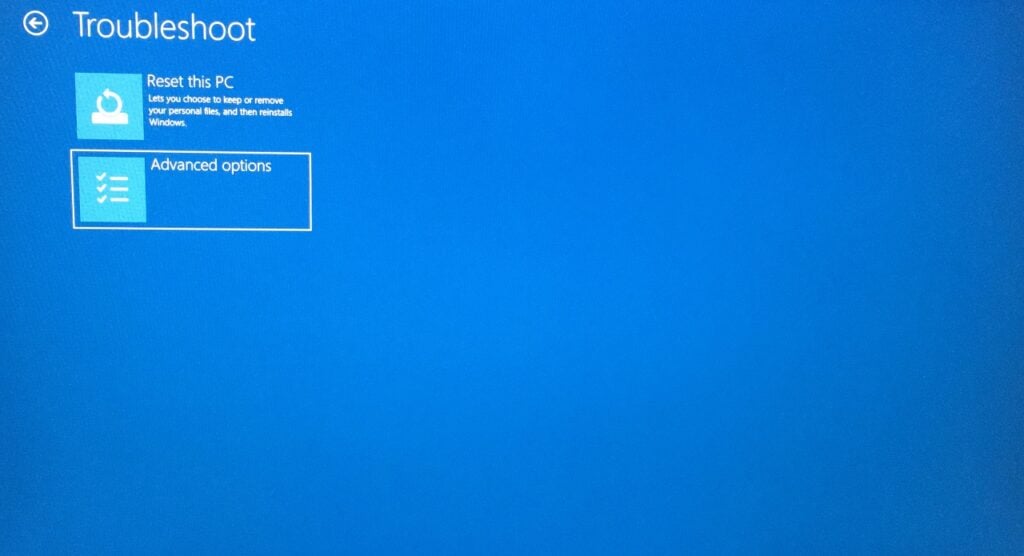 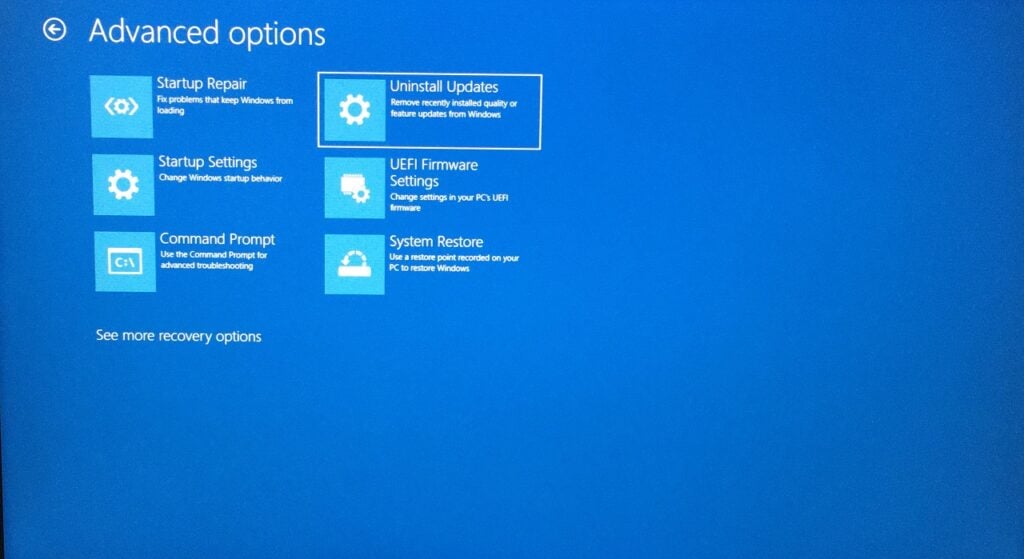 8. You have two options but click on “Uninstall latest feature update”. 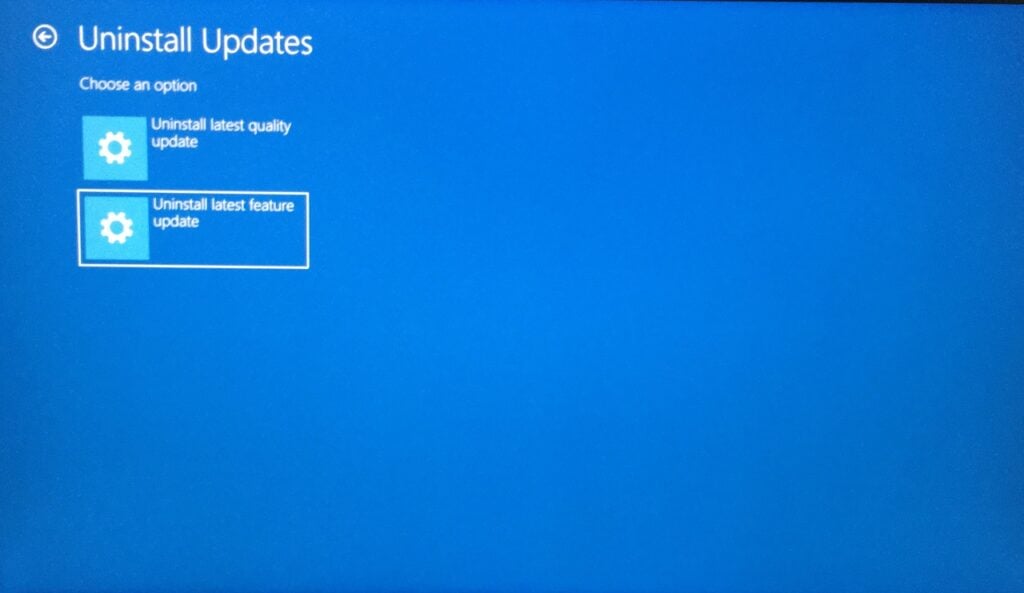 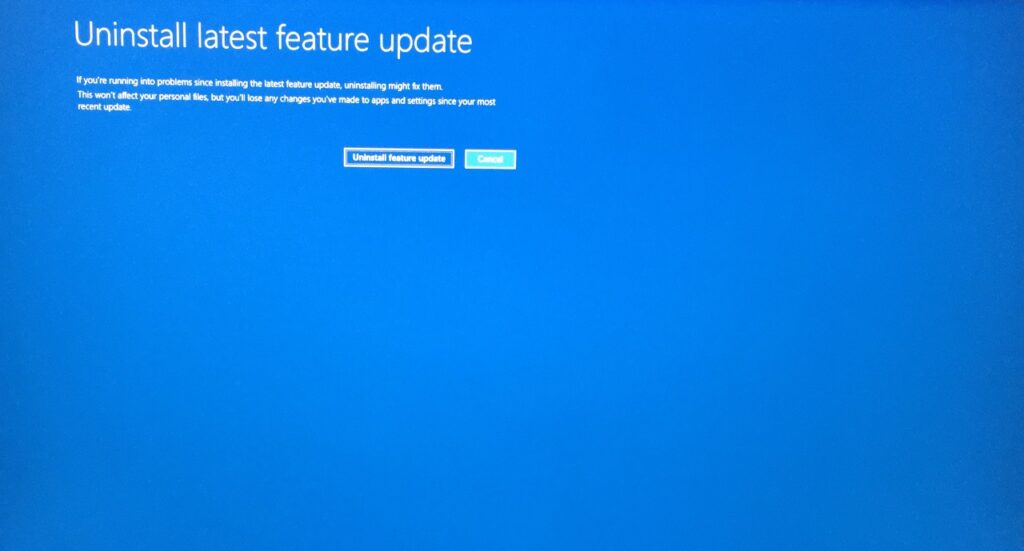 Let Windows recovery mode take care rest of the process, and you have to wait patiently until then. Do not force shut down the machine and let Windows do the job.

I’m assuming that the antivirus system is installed on the Windows PC. Of course, you shouldn’t run the full system scan in the regular mode and switch to safe mode instead. Windows disables third-party drivers, services, and programs in safe mode. Allow me to show you how you can switch to safe mode in Windows 10 and 11 editions.

1. Press the Windows key and open “Settings” on the PC.

2. Find “Recovery” under System and open it.

3. Find “Advanced startup” and click on the “Restart now” option.

Wait for the operating system to boot in recovery mode, and it takes less than a minute.

7. Choose “Startup Settings” from the menu. 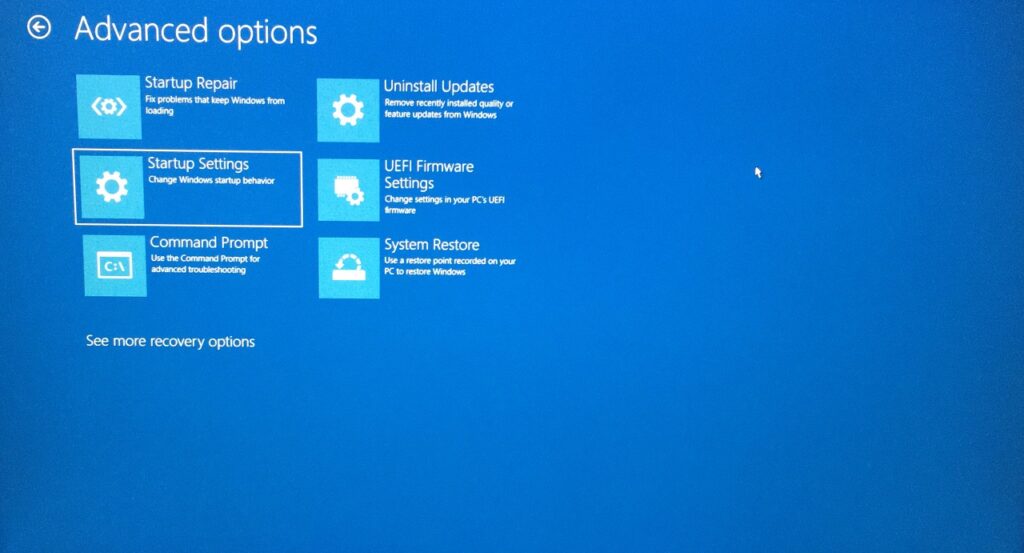 8. Click on the “Restart” button or press the Enter key. 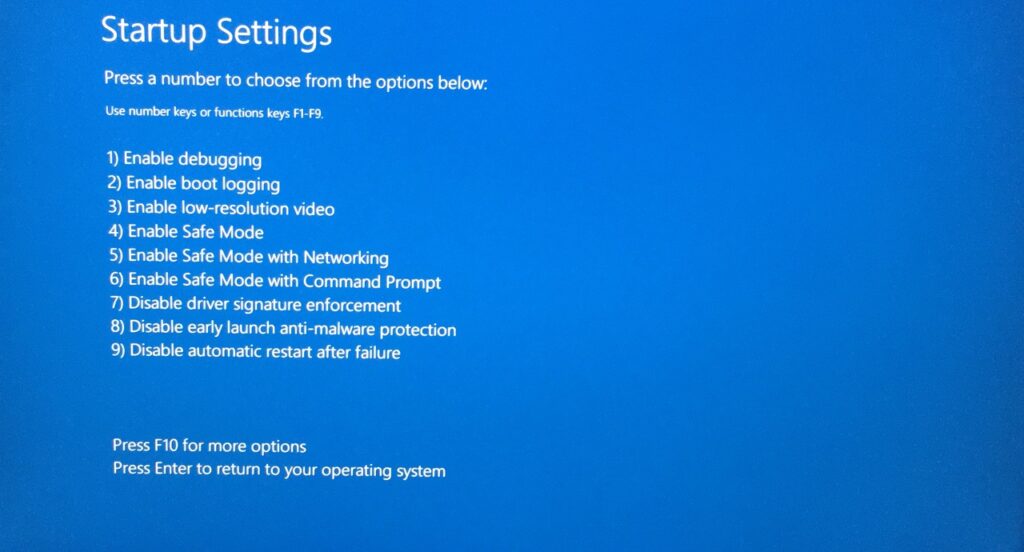 The Windows PC restarts and greets you at the lock screen.

Go through the lock screen and open the antivirus system installed on the machine.

10. Run a full system scan in the machine. 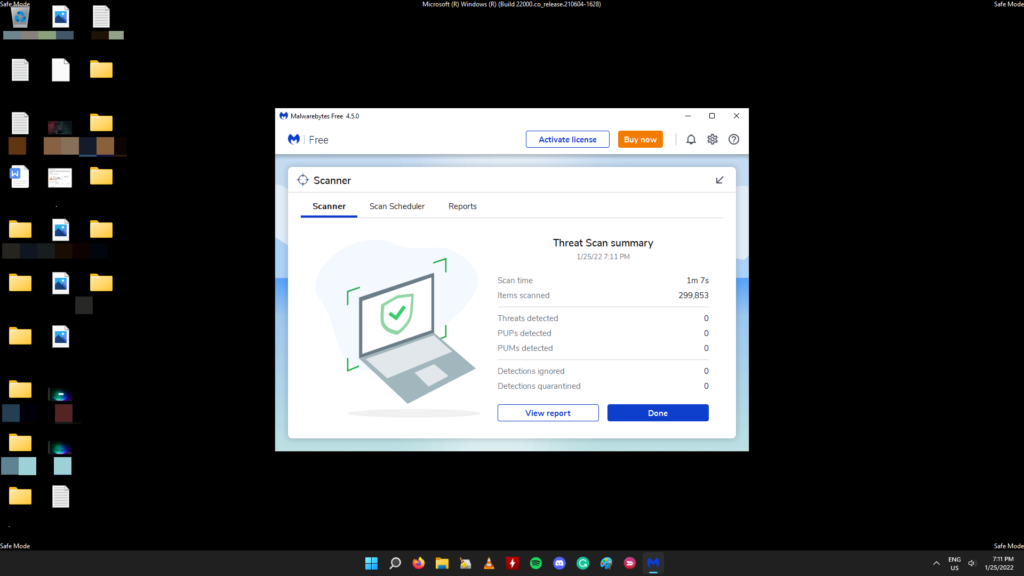 Safe mode is relatively faster than the normal mode due to the minimum hardware resources requirement. You can expect the antivirus to finish the full system scan in a much shorter time. Do not interrupt the antivirus scanning process and do not force shut down the PC.

You should consider installing the Windows OS if the antivirus system fails to open or crashed in any capacity. I’m suspecting a malware attack, which has happened in my case, and I resolved the issue by reinstalling the software.

I’m encouraging the readers to reinstall the Windows software. I want to suggest operating system repair, but I believe it would waste your time and energy in the process. You can install a fresh Windows copy with a USB flash drive, and I have done this 100+ times in the past. I install a fresh copy twice a year and that maintains the software integrity. 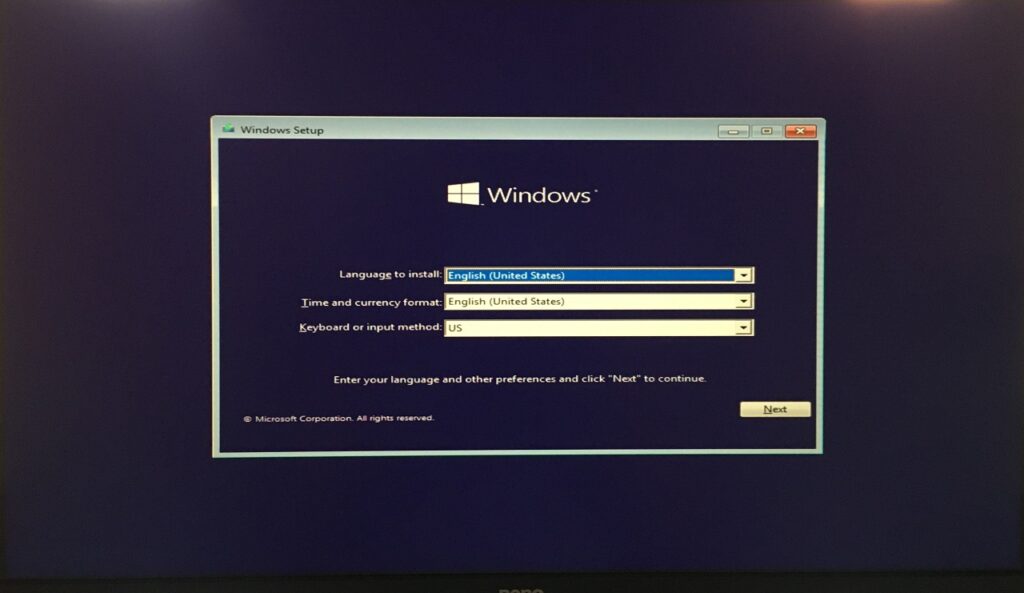 Let me give you a few heads up that none of the written tutorials and YouTube videos share with you.

A. Backup the stored data in a different storage drive such as a USB flash drive or hard drive.

B. Create bootable USB flash drive from a different computer because the malware prevents Microsoft’s Windows 11 Installation Media tool. My laptop was under malware attack, and it prevented Rufus as well.

C. Format the entire drive and do not reinstall the operating system on one partition. Delete the drive during the setup and recreate the partitions.

D. Make sure to note down the Windows product key, and we have a dedicated tutorial on it. I took a photo of it and saved it in the iPhone’s gallery. You should upload the photo in cloud storage, so you will never lose it.

E. Find the driver’s CD or copy the manufacturer’s site link. I have saved the laptop drivers page and desktop motherboard drivers page, so I never worry about the drivers.

You can reach out to a professional or engineer in your region for assistance. The engineer may charge you a few bucks for the job, but it’s worth the money.

My PC faced the Windows Defender crashing issue in Windows 10 in the past, and it was the malware that was causing the issue. Of course, I had corrupted system files which contributed to the problem in another case, and I have installed the operating system from a bootable USB flash drive like 100+ times in the last five years. I’m planning to reinstall Windows 11 on the Ryzen desktop for optimal performance. Let us know which solution helped you resolve the Windows Security crashing issue.