Xiaomi Mi A1 (codename: tissot) is the first Android One device from Google and Xiaomi’s partnership. The device was launched in the year 2017 with Android 7.1.2 Nougat out of the box. Later the company rolled Android 9.0 Pie. Here in this guide, we will share the AOSP Android 10 (aka Android Q) Custom ROM for Xiaomi Mi A1.

Android 10 is now official Google’s 10th version of Android OS with plenty of new features and system UI changes. The Android 10 (aka Android Q) started rolling out Google Pixel devices, Essential PH, Redmi K20 Pro, OnePlus 7 Pro devices. Google doesn’t come with any dessert item name for the new Android version this time and that’s a good move. If you’re new to the Android ecosystem, it’s worth mentioning that Android is an Open Source Project (AOSP) by Google. Follow this guide to download and install Android 10 ROM on Xiaomi Mi A1 (tissot) device. 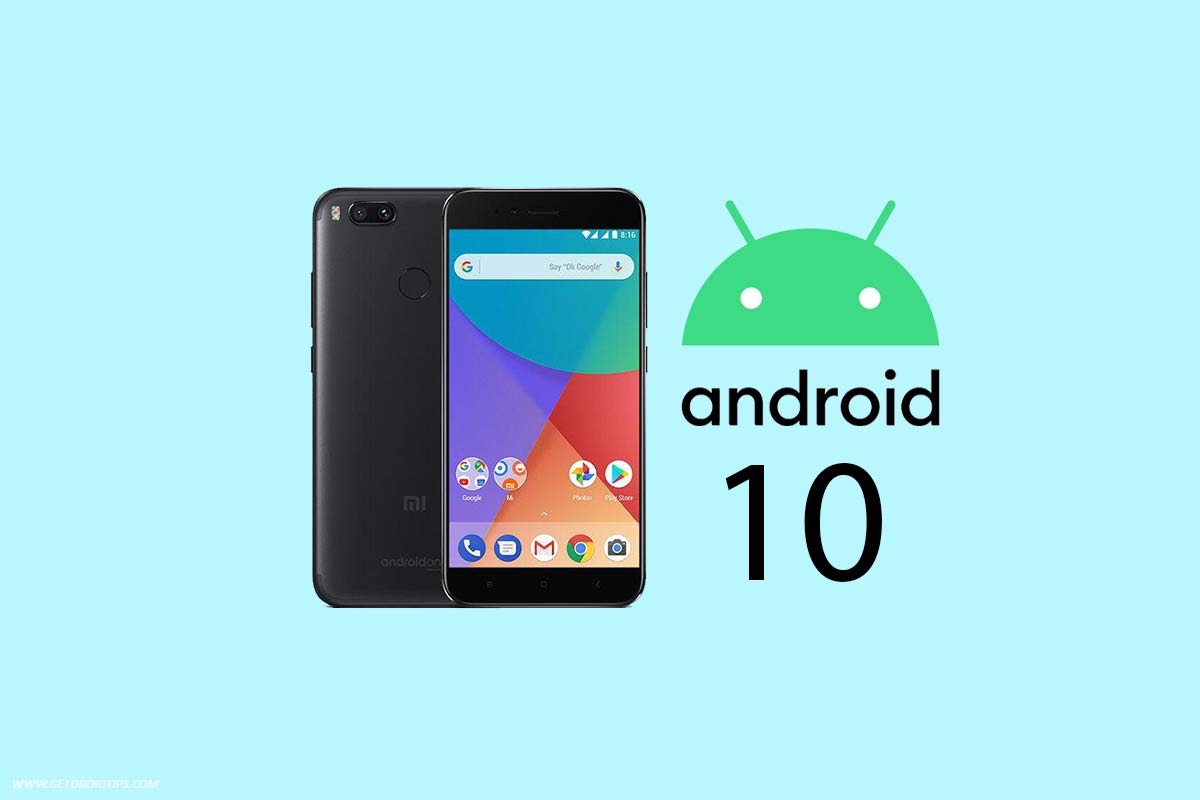 Xiaomi Mi A1 (codenamed: Tissot) was launched in September 2017. Talking about the specifications, Xiaomi Mi A1 features a 5.5-inches display with a screen resolution of 1080 x 1920 pixels. It is powered by Qualcomm MSM8953 Snapdragon 625 processor coupled with 4GB of RAM. The phone packs 64GB internal memory. The camera on the Xiaomi Mi A1 comes with Dual 12 MP and 5MP front shooting camera. It is backed by a Non-removable Li-Ion 3080 mAh battery with Fast battery charging 5V/2A. It also has Fingerprint on the back.

After the release of Android 10 officially to Pixel devices, Xiaomi and OnePlus are also providing beta builds. Now, the AOSP Custom ROM developers have developed the latest ROM version for the Mi A1 devices. We have mentioned some of the working features below.

A special thanks to one of the developers of XDA senior member, abhinavagrd_1129 for this Android 10 ROM for Mi A1 (tissot). Now, check out the installation steps along with download links and pre-requirements below.

Steps to Install Android 10 ROM on Xiaomi Mi A1

We hope that this guide is helpful to you and you have successfully installed the AOSP Android 10 Custom ROM on your Mi A1 handset easily. If in case anything goes wrong or if you have any queries, feel free to ask in the comments below.

The Xiaomi Mi A1 (tissot) is the first Android One smartphone by Xiaomi. The handset has received the 2nd major update already. The device will not receive any further major OS update. If you are an advanced user and want to get a taste of Android 10 UI and features, you can try it.