Samsung is trying hard to acquire the budget smartphone world with the launch of budget device3s such as Galaxy A10 & A10s. With these devices, customers seem to be very interested as they will be enjoying premium brand products at a fraction of a price. Today in this article, we will talk about the waterproofing capabilities of the new Samsung Galaxy A10s. W will also conduct Samsung Galaxy A10s waterproof test to find whether it is waterproof or not. So without further a do, let’s get started. 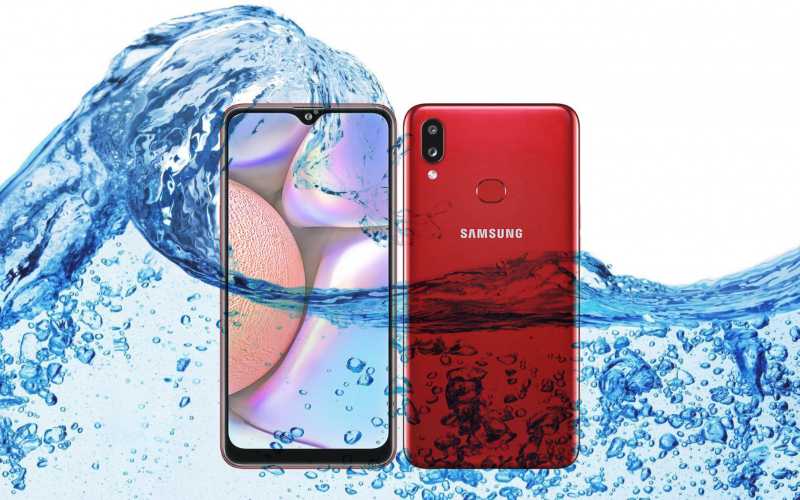 Did Samsung Introduce Galaxy A10s has Waterproof and Dustproof Ratings?

Also read: Is Samsung Galaxy Note 10 and 10 Plus waterproof device?

Since the official website doesn’t contain any reliable info about the device waterproofing capabilities, so we are going to conduct our own test. However don’t keep any high hopes, since it is a budget smartphone there are very fewer chances of it being a proper waterproof device. Get ready for the Samsung Galaxy A10s waterproof test. But before that, have a look at device specifications:

In this waterproof test, we are going to put the device in artificial rain condition. It will mimic the condition of an accidental water splash. This test will give us a rough idea of whether the new Samsung Galaxy A10s is splashproof or not.

After conducting this test, we can say that this phone is not waterproof. So you must take proper care since nay accidental water or coffee splash can ruin the device and your sensitive data along with it. We strongly suggest you to buy a waterproof or full body case for the device. Since Galaxy A10s is not officially waterproof, you must take proper care while sitting near water ponds, lakes, beaches and swimming pool.

As you can see from the test results above that the new Samsung Galaxy A10s is fully dustproof. This is because it doesn’t have any moving mechanical parts like pop up camera etc.

After conducting both the tests, we can see that the new Samsung Galaxy A10s isn’t fully waterproof. However, the device is fully dustproof so you if you leaving near to a farm or sand dunes, this device will not fall in trouble anytime soon.

How to Care for Samsung Galaxy A10s

Since Samsung Galaxy A10s is not a waterproof smartphone, you cannot use it underwater. Also, you need to take special care while you’re near water bodies. Down below are a few things you should take care of: