In this tutorial, we will show you how to roll back or downgrade the Realme 5 and 5 Pro from Android 11 to 10. Both these budget devices have managed to generate quite a lot of hype among the users. Incorporating all the essentials at an affordable price for the masses, the device has managed to strike a chord with the buyers. If we talk about its Pro variant, then the 6.3-inch device has a 1080 x 2340 pixel resolution. Under the hood, you get an octa-core Qualcomm SDM712 Snapdragon 712 chipset with Adreno 616 as the GPU.

The device comes in four different variants 64GB 4GB RAM, 64GB 6GB RAM, 128GB 4GB RAM, 128GB 8GB RAM. Talking about the camera, there is a quad rear setup with 48+8+2+2MP. This could record videos at 4K@30fps. On the front, you get a single 16MP camera with 1080p@30fps video recording capabilities.  All these features are supported by a 4035 mAh battery that comes with 20W fast charging. Out of the box, the device was launched with Android 9.0 Pie and has since received the Realme UI update based on Android 10.

However, if for some reason the latest update didn’t manage to live up to the expectations and you wish to revert to the previous Android build. Then there is some good news in store for you. You could now rollback or downgrade the Realme 5 and 5 Pro from Android 11 to 10.0. The OEM has released the rollback package for both these devices. In this guide, we will share the download link for that package and the detailed steps to install it on your Realme device. So without further ado, let’s get on with the guide. 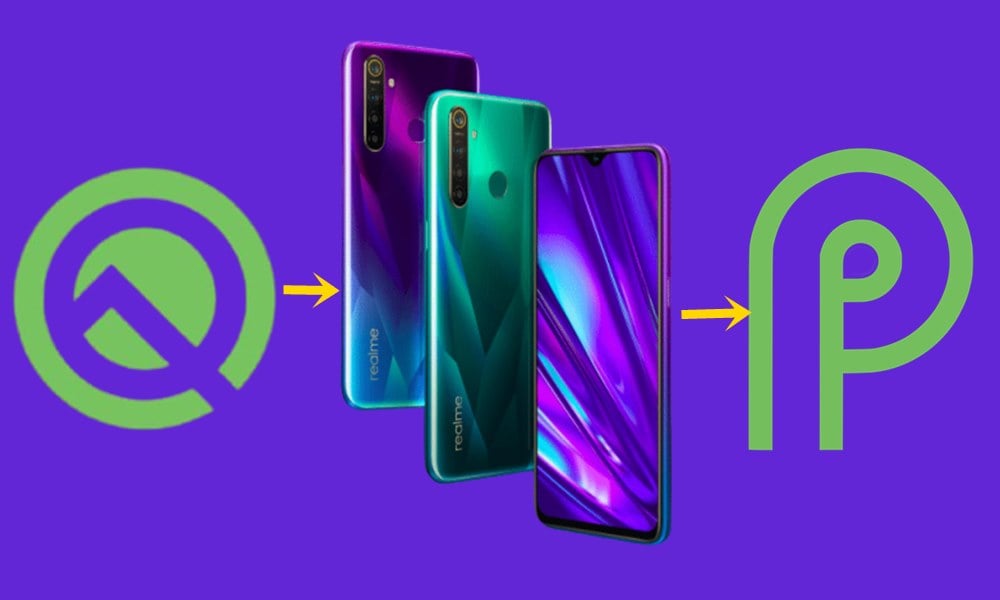 Just a few weeks back, the company released the downgrade firmware for the Realme 3/3i devices. This was then followed by the Realme X and X2. And now the rollback package for the Realme 5 and its Pro variant is up for grabs. But before we list out the complete instruction sets, there are a few important points worth mentioning. Make sure you go through them before proceeding with the steps.

These were some of the points worth discussing. You may proceed with the requirements section and then the steps to downgrade the Realme 5 and 5 Pro from Android 11 to 10.

If you satisfy the above requirements, then get hold of the rollback package from the below section and then begin with the steps to downgrade the Realme 5 and 5 Pro from Android 11 to 10.

The steps to downgrade the Realme 5 and 5 Pro from Android 11 to 10 are the same for both devices. Just transfer the downloaded rollback firmware package to the device’s internal storage and proceed with the below steps.

So this was all from this guide on how to downgrade the Realme 5 and 5 Pro from Android 11 to 10. One important thing worth mentioning is that if you wish to install the Android 10 Realme UI, then you cannot simply do so via the OTA update. For that, you will have to manually download and install the said file onto your device.

If we talk about the security patches, then you will be taken back to the previous version. To get the latest security updates, you will have to update your device to the Realme UI. With that said, we come to the end of this guide. If you have any other queries, do let us know in the comments section below. Rounding off, here are some iPhone Tips and Tricks, PC tips and tricks, and Android Tips and Trick that you should check out as well.