In early 2019, the tech giant Google has released its Android Q (later named Android 10) beta testing program and just like other popular smartphone OEMs, Sony has also participated in that. Sony has also included the Xperia XZ3 model in the list of the early Android Q Developer Preview program. Though the Japanese tech brand Sony gets delayed in terms of providing the latest Android 10 update to other models, it’s better late than never. Currently, Sony has started pushing out the latest Android 10 update for Sony Xperia 1 and Xperia 5 devices with a software version 55.1.A.0.748 respectively.

However, there is no public beta was available for both models. Sony has decided to go with the official stable Android 10 update directly. Additionally, the Xperia 1 and Xperia 5 devices are also receiving the November 2019 Android Security Patch Level for improved system security and bug fixes. OTA updates are waving in a phased manner across the globe and will soon hit on your respective model. Still, don’t want to wait for OTA? Check out our full-depth guide to install the firmware on your device below. 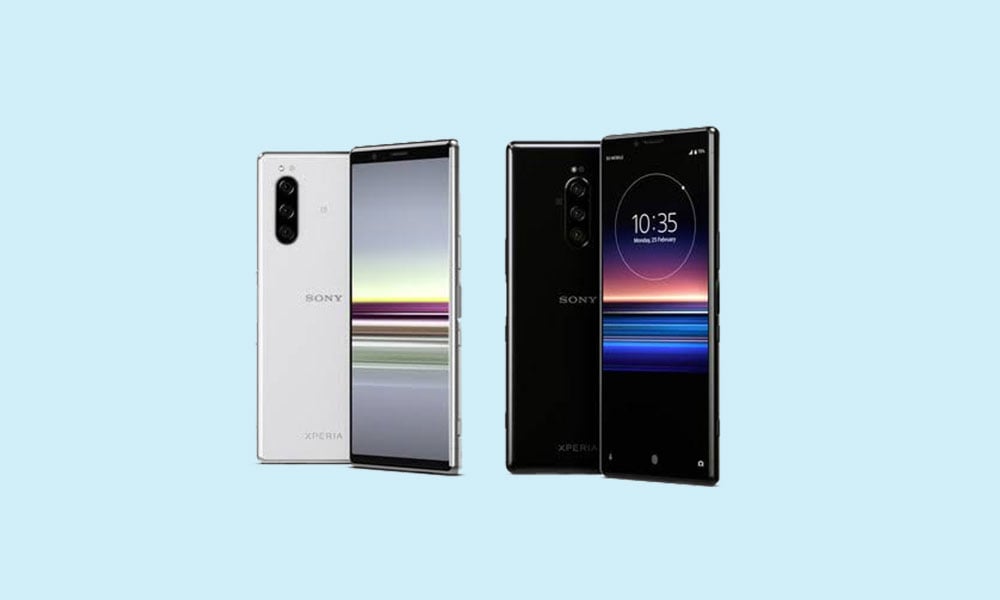 Android 10 is the 10th iteration of Android OS that has been launched officially in September 2019 by Google. As it’s the successor version of the last year’s Android 9 Pie, the new version comes with a bunch of new features and most importantly privacy-related measures that will come in handy for the users. This year Google has also ditched the alphabetical naming tradition with the Android 10 that keeps it simple and easy to remember.

Now, if the latest OTA update hasn’t arrived yet on your Xperia 1 or Xperia 5 device, then don’t worry. You can manually flash the firmware file by following the step-by-step guide here. Follow the download links and requirements properly in order to proceed to the installation steps.

GetDroidTips won’t be held liable for any type of damage or error that may happen to your phone by following this guide or flashing the ROM file. By proceeding, you will be solely responsible.

You’re all set to proceed to the Xperia Stock Firmware flashing steps. Follow the guide link below.

That’s it, guys. We feel that you’ve installed the latest firmware on your Xperia 1 or Xperia 5 successfully. Do you have any queries? Feel free to comment below.