2022’s Elden Ring is a souls-like dark fantasy action role-playing video game by FromSoftware and Bandai Namco Entertainment. Within a few months of release, the game has already received thousands of positive reviews for its visuals and gameplay. However, plenty of Elden Ring players are encountering the Connection Error Occurred issue while trying to get into the game server. Basically, players are getting kicked out of the multiplayer mode quite often.

Now, if you’re one of the victims to encounter such an issue then make sure to follow this troubleshooting guide completely to fix it. Luckily, there are some possible workarounds mentioned below that might come in handy. It seems that multiple unfortunate players are encountering the server connectivity issue while getting into the co-op matches unexpectedly. The chances are high that somehow the game servers are busy or down in some specific regions. 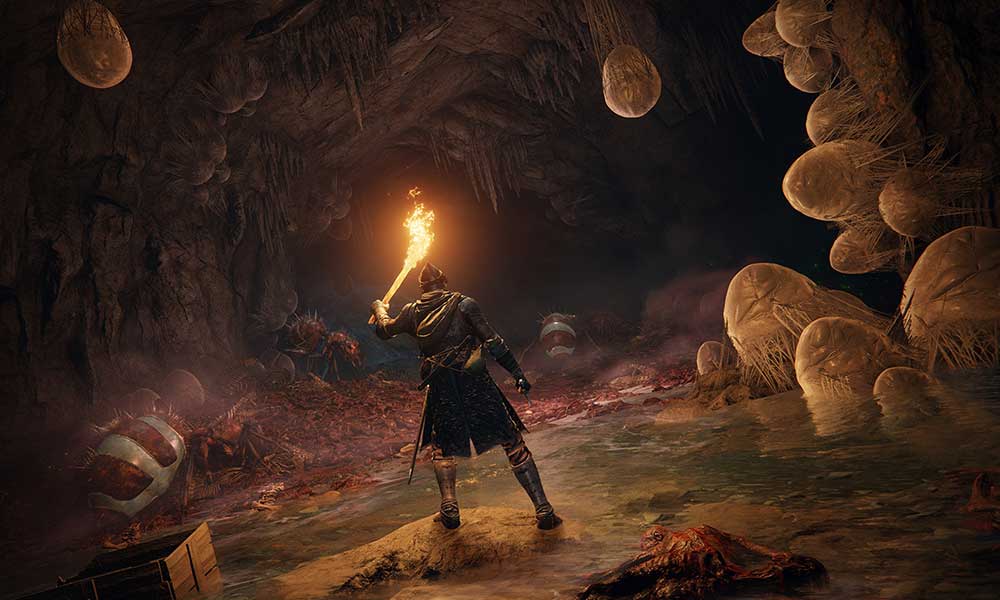 Additionally, it’s also possible that issues with the internet connection at your end, outdated game version, outdated networking drivers, conflicts with the DNS cache data, issues with the DNS servers of your service provider, etc are one of the reasons behind the connection error occurred of Elden Ring. Whereas an outdated system version, conflicts with the VPN service, not using recommended ports, in-game voice chat settings, etc can trigger this error.

First of all, you should disable the voice chat option in Elden Ring because some players have reported that the specific “connection error occurred” issue may happen due to the conflict of voice chat. To do so:

However, if this trick didn’t help you then turn on voice chat again.

It’s also recommended to have a faster and more stable internet connection at your end no matter whether you’re using a wired connection or a wireless connection. Sometimes the game requires additional resources to get downloaded once you launch it and are connected to the internet. If the internet network isn’t stable enough, you may face server connectivity issues quite often. You can also try switching to a different network whatever is available.

Sometimes issues with the game server or outages may cause multiple errors as well as connectivity conflicts in the game. Make sure to keep checking the official @ELDENRING Twitter handle to get real-time updates and the latest info. If there is any downtime or outage happens, just wait for a couple of hours, and try again. If there is no server downtime then you can head over to the next method.

If in case, you haven’t updated your Elden Ring game for a while then make sure to follow the steps below to check for updates and install the latest patch (if available). To do this:

Sometimes issues with the game files such as missing or corrupted files on the PC can trouble you a lot. Even though you may not get any file missing error while launching the game, you may face network connectivity errors with the servers which will automatically kick you out of the co-op mode. To fix it:

Updating Windows OS build is always essential for PC users as well as PC gamers to reduce system glitches, compatibility issues, and crashes. An outdated system version can cause multiple issues with the performance and program running that you may encounter in several ways. To update Windows:

7. Run the game as an administrator

The chances are high enough that maybe your default Windows Defender Firewall protection or any third-party antivirus program is preventing the ongoing connections or game files to run properly. So, make sure to temporarily disable or turn off the real-time protection and firewall protection. Then you should try running the game to check if the Elden Ring connection error occurred issue has been fixed or not. To do this:

It seems that somehow your system has gathered plenty of DNS cache data that are related to the internet configuration. By following the steps below, you can easily connect with the game servers after removing the DNS resolver cache data from the system.

Sometimes a custom DNS server address specified by your ISP (Internet Service Provider) might have some issues with the game server connectivity. You should always try changing the DNS server address to a public domain such as Google DNS for better reachability and speed. Make sure to follow the steps below to easily add the Google Public DNS address on your Windows computer to fix the particular error.

Sometimes the in-game network settings issue may cause multiple conflicts with the game server connectivity. It’s suggested to properly configure the network options in the game settings menu. Once you’re inside the game menu, follow the steps below:

That’s it, guys. We hope this guide was useful to you. For further queries, you can comment below.