Here we will guide you on how to fix the Chromecast Screen Mirroring problem On Huawei P20. Well, Chromecast or Casting your Android screen lets you mirror your Android device to the TV so you can enjoy your content exactly as you see it on your mobile device.

If you own a Huawei P20 device then you might be using the Google Chromecast screen mirror feature pretty often. This feature allows you to cast any media file on your TV from Huawei P20. However many users have started complaining about this feature because of many connectivity fails and glitches. So today, in this blog post, we will try to fix the Chromecast screen mirroring problem on Huawei P20. So without a further delay, let’s start.

Fix: Discovery Plus Not Working on Firestick, Roku, Xfinity, or Chromecast

How To Connect Chromecast To A Mobile Hotspot

How To Fix Chromecast Screen Mirroring problem On Huawei P20 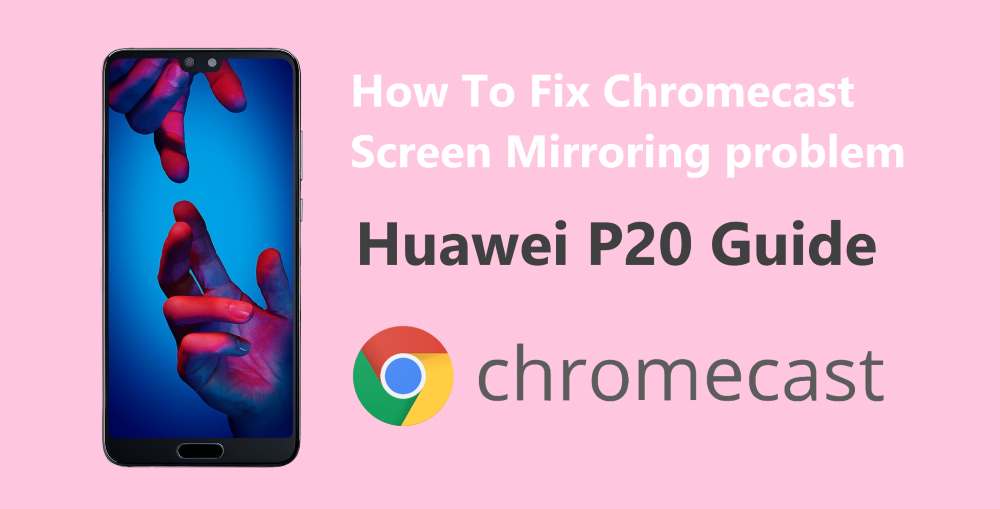 Huawei P20 is a great device with many unique features and value for money. One of these features is Google Chromecast which enables users to cast anything on their TV via their mobile device. But recently, a large number of users are complaining about the glitches and connectivity fails during Chromecast. So let’s see what these issues are and fix them.

What is a Chormecast feature in Huawei P20

Chromecast is an application feature which enables users to display whatever on their Huawei P20 to an external monitor or TV. This revolutionary function enables users to watch movies, play games in fullscreen to do productivity work right through their Android device. However, sometimes this feature doesn’t work as aspected and results in several glitches and problems.

If your Huawei P20 won’t connect to your Google Chromecast then the reason might be the inbuilt Chromecast app. This can’t be any hardware issues as  Chromecast feature uses wifi hotspot and Bluetooth connectivity to connect with nearest Chromecast device. So it is most likely to be a software issue which can be easily fixed. The fix for most of the problems is to simply clear the cache and data of the Chromecast applications. You can do this by following the steps given below:

If you’re facing such Chromecast issues in your device then a simple app data and cache clear will fix all problems. After clearing app data and cache you can start the Chromecast app and choose “Broadcast Slide” to cast media. After this, you will be able to start streaming from Huawei P20 to your Chromecast TV or Monitor.

Fix: Why Is My Google Chromecast Not Working on 5GHz WiFi?