Windows 10 update process is complex but automatic by nature. So users don’t have to worry about manually updating any windows directories or files. But in many scenarios, you will see Windows 10 Update Error Code 0x8007007e and 0x80073712 with no error information. These errors arise when the update file is missing, modified, or corrupted. In some cases, many antivirus or antimalware software creates hindrance in the automatic update process. We have seen many users in Reddit facing the same Error Code 0x8007007e and 0x80073712 problems.

Microsoft has terminated its support for Windows 7 long ago, which forces users to update to the latest Windows 10. However, while running Windows update, many users have reported Error Code 0x8007007e and 0x80073712 while updating. These issues arise when windows update is not downloaded or installed successfully. In case you are facing the same error codes, then this article will help you troubleshoot and fix such errors. 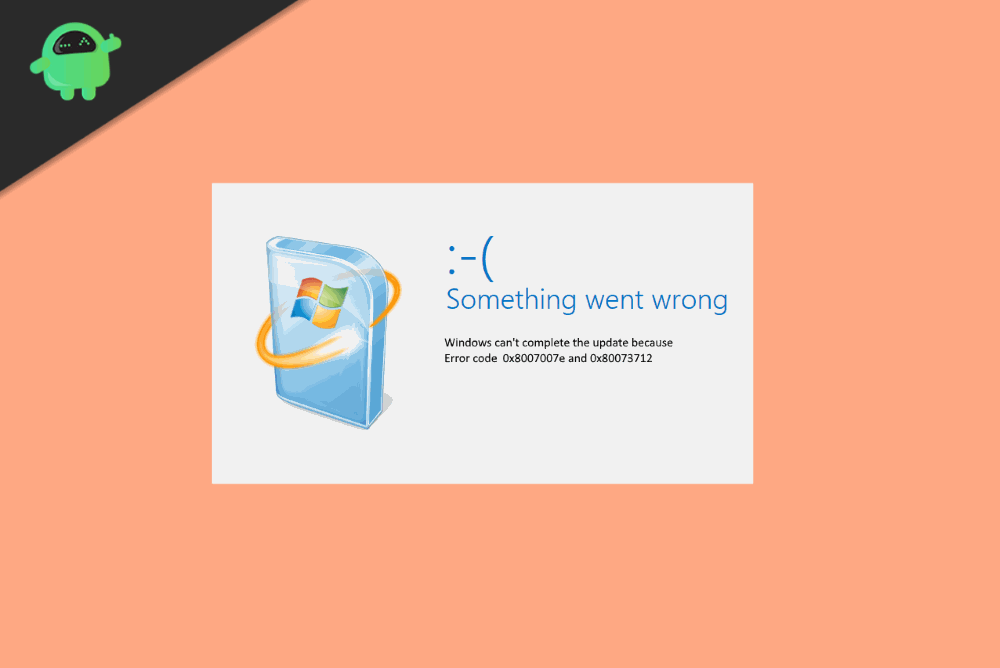 Microsoft Windows is the most widely used operating system in the computer world. Windows was introduced back in the year 1985 with the name ‘Windows’ and now the latest being the Windows 10. This year on the 14th of January, Microsoft ended its extended support from the most widely used and loved OS the Windows 7. The Update error code 0x80073712 is associated with the upgrade of Windows 7 to Windows 10. If the users try updating their Windows 7 PC to the latest Windows 10 one, they usually get to see the 0x80073712 error code, and even the PC can run into the Blue Screen of death.

We have seen various users getting such errors in Reddit. Here is one:

Further, we have got another update code error that has been reported by many users. The error code 0x8007007E. This error code can be seen any many scenarios like running the windows update, sending or receiving e-mails in outlook, or even while connecting the printer in some cases. So today, we will discuss these two error codes that our PC is showing. And what can be the reasons behind them and possibly a solution to them? So, let’s get started.

The two error codes 0x8007007E and 0x80073712 can be seen while using the computer anytime. We will discuss why this is happening. People are mostly getting the 0x80073712 error when they are trying to update their Windows 7 PC to Windows 10, this problem arising during the up-gradation process is sometimes even leading to the Blue Screen of Death. Now we discuss the possible reasons.

Error code 0x8007007E This error is mainly due to update failure. Sometimes it can also happen that the update files downloaded during the process are corrupt or the updates are not is synchronization. With some users, this error code even pops up during the connecting of a printer. Or even while sending and receiving E-mails on outlook. So we can see this error many times.

Error code 0x80073712  The system generates this code when the users try to update their Windows 7 PC to Windows 10.  This is an update error actually and is the only reason. So we are here with some fixes which can help.

After discussing the possible reasons for these error codes,  we are up with a solution that will bring a smile on the face of the users who are in trouble after facing such issues with their PCs. As we know already that the 0x8007007E error code is observed when the updates are not in sync or a printer is connected. Whereas the error code 0x80073712 can be seen when the users try to update from Windows 7 to Windows 10. So now we discuss the possible solutions which will help users come out of that.

If you run into the above error codes, firstly try running the inbuilt Windows Update troubleshooter, and it can solve most update problems. To run troubleshooting, follow the steps below.

Click on the Windows button. Search ‘troubleshoot’ and select the first option. 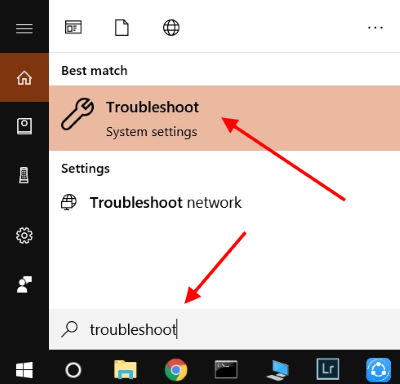 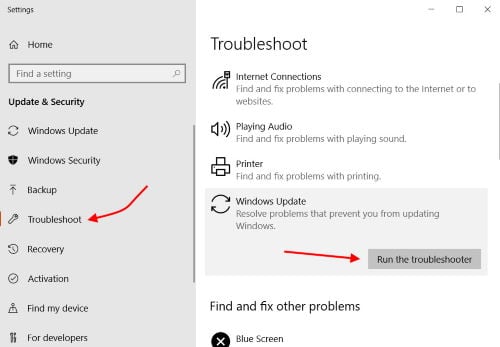 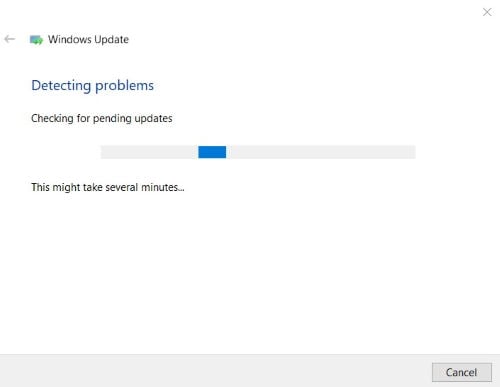 Wait for a few minutes to run the troubleshooter. It will fix all minor error code abnormalities.

If the previous method did not work, you could go on with running a complete system scan which can solve update issues and other compatibility problems altogether. To run a system scan, follow the steps below. 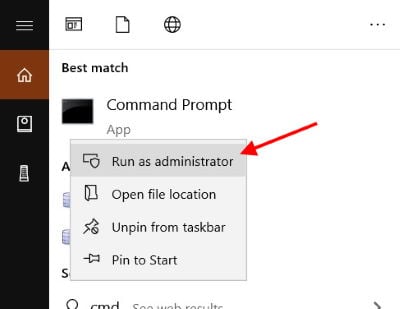 Now, in command interface type ‘sfc/scannow’ and press enter and wait, it will take some time.

Now restart your computer. This can fix the error codes without much hard work.

Windows updates might fail, and error codes can be displayed when there are corrupt update files in the system which cause this. Running the DISM tool or the System Update Readiness Tool can help fix this. Follow to steps below to continue.

Restart the system. Now, you might see that the issue is solved 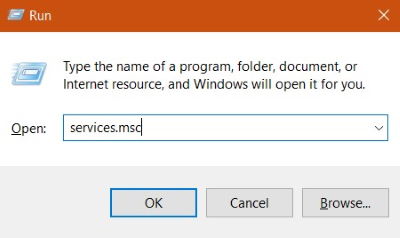 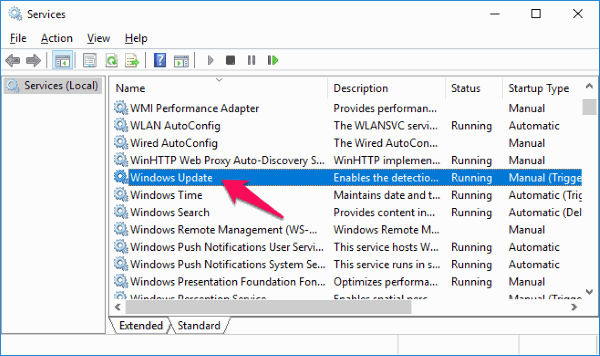 Close everything and again open the Run dialogue box with the Windows+R button.

In the box, type ‘C:\Windows\SoftwareDistribution\Download and press Enter key 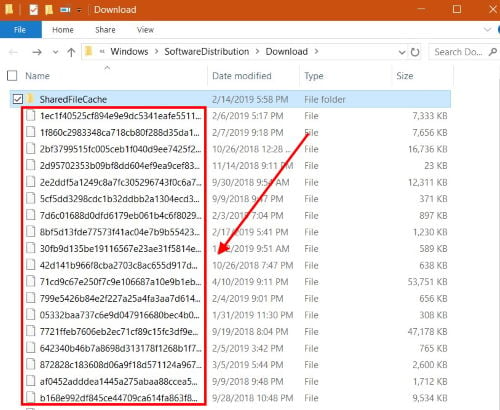 Delete these files. And then, go to Windows update and right-click and select Start. This will re-download any pending update that is causing errors.

If all the above options fail, try to reinstall new Windows, which already has all the updates and latest features installed inside. This not only solves the error code issues, but it also solves many problems of the system like sluggishness, lagging, or even the Blue Screen of Death Issues.

The Windows update process is very easy and automatic. However, it is possible that you receive Windows 10 Update Error Code 0x8007007e and 0x80073712 every now and then. If you do, you can follow these solutions, and the update will run smoothly. In case you feel any difficulty following these methods, you can comment down below. We will be happy to help you out.