iOS 16 was announced a few days before. The latest version of iOS is iOS 16, and it is rolling out for all eligible iPhones. There are many features and bugs in the newest version of iOS. These issues are very common. Usually, most of the bugs are found and fixed before the stable release.

In this article, let us discuss iOS 16 Common Problems and Their Solutions. Most of these problems are found in iOS 16 users worldwide. Some of the problems in iOS 16 are app crashes, battery drain, connectivity issues, and many other issues. The solutions to these problems are also discussed below. Most of the fixes are simple and can be done quickly. So without any further ado, let us get started. 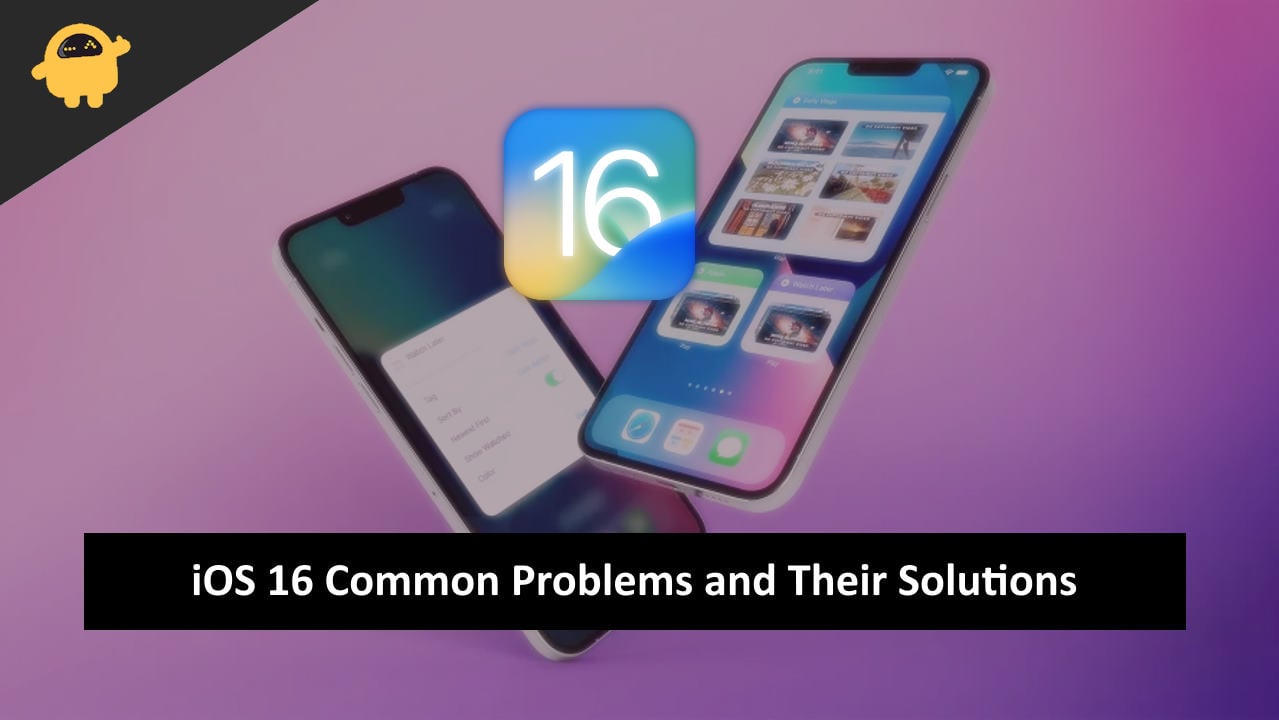 iOS 16 Common Problems and Their Solutions

It is very common to experience bugs in iOS. More importantly, you should know how to fix these common problems or bugs on iOS to have a smooth experience while using your iPhone.

There seems to be a scrolling issue on iOS 16. Unless you use your two fingers, scrolling isn’t working. This issue is faced by many users worldwide. The Bug was first experienced on iPhone X, and later many people started experiencing it.

Fix 1: Update apps on your iPhone

This might be silly, but this actually fixes the scrolling issue on iOS 16. Update all the outdated apps on your iPhone, which may fix the Scrolling issue.

Restarting your iPhone will fix many other issues, including the Scrolling issue on your iPhone. Always restart your iPhone regularly to avoid these kinds of problems in the future.

Hard resetting your iPhone might fix this issue. Follow the steps below to hard reset your iPhone: 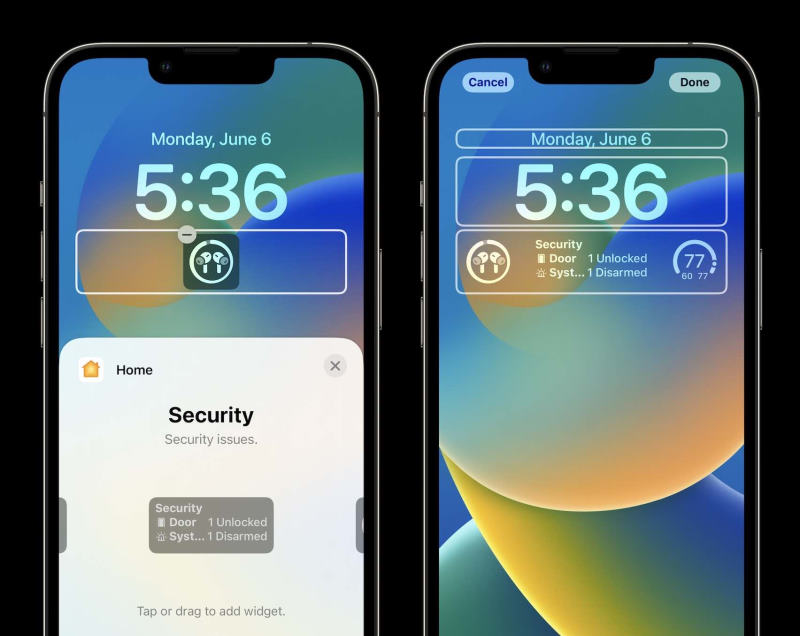 In iOS 16, there is a known issue or a bug that is affecting all the third-party widgets installed. Due to this Bug, some widgets are not working while some are malfunctioning. To fix this Bug, follow the below fixes:

Restarting your iPhone will fix many other issues, including the Lock Screen Widget issue on your iPhone. Always restart your iPhone regularly to avoid these kinds of problems in the future.

Go to the Settings app, General, then Language & Region, then toggle your temperature setting back and forth, and then you should be all set. This will fix the widget issue on iOS 16.

Reinstalling the widget apps might help solve this issue. This fix might work or not, but it’s worth giving this fix a try. 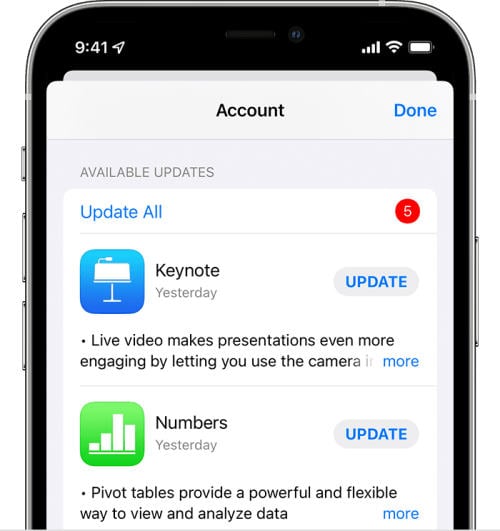 On iOS 16, you will be prompted to accept the terms and conditions when you try to update your apps. But, when you try to accept them, you will face an error. This is a very common problem in iOS 16. This error is encountered by users worldwide and was reported on Twitter. It is better to update the apps first and then upgrade your iOS version to 16. Follow the below fixes to fix this issue:

Before you upgrade to iOS 16, update your apps. This is one of the methods as of now.

There is no fix other than reverting to previous iOS versions. Or you can wait for the patch where Apple will fix this issue. The developers were already notified about this issue. 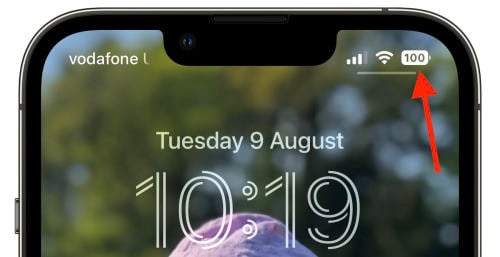 Hard resetting your iPhone might fix this issue. Follow the steps below to hard reset your iPhone:

For more troubleshooting methods on battery-related issues with iOS 16, you can follow our video below.

We all love the three-finger gestures on iPhones. But, this feature is affecting the gameplay in some games. In the previous iOS versions, the feature did not affect the games. This has become a big issue for professional gamers worldwide.

Currently, there is no possible fix for this; however, removing any screen guard/screen protector films is recommended to avoid such issues in the future.

In iOS 16, some apps, like Tiktok, Notes, etc., are crashing when opened. This is a very common problem in iOS 16. There is no particular reason or triggering reason for the crash. Just opening the app is triggering this issue, and the app is getting crashed.

Since iOS 16 has launched, app developers have been working hard to make sure they update their apps to be compatible with iOS 16 devices. So make sure you download the updates from Apple Appstore.

If updating the app doesn’t help much, then you should reinstall the app. To reinstall the app, first, delete the app from your iPhone. Once it’s deleted, you can install it back from Apple Appstore. This shall solve the app crashing issue on iOS 16.

There is no fix other than reverting to previous iOS versions. Or you can wait for the patch where Apple will fix this issue. 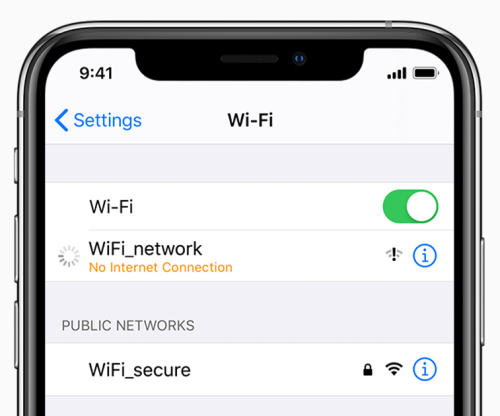 The Wi-Fi feature is not working on iOS 16. This issue has occurred for significantly fewer people worldwide, but it’s still a bug. We hope that this issue is fixed as soon as possible. Apple users are very irritated mainly because of this Bug.

In many cases, the issue is just a technical glitch, and you can fix it by reconnecting to the wifi again. Here is how you can do so:

In many cases, incorrect VPN configurations might be causing the wifi issues. Please disable the VPN and see if it helps to fix the issue.

iOS 16 has a special feature known as Wifi Assist, which can intelligently switch between cellular and Wifi networks. This doesn’t always work perfectly for some users, so disabling it will solve the wifi issue.

For more troubleshooting methods on wifi-related issues with iOS 16, you can follow our video below.

iOS 16 Bluetooth is not Working Bug 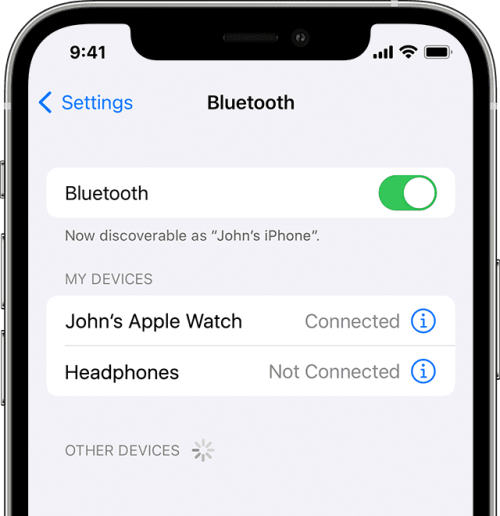 In iOS 16, a few users are experiencing issues with Bluetooth. The Bluetooth is turned on, but the Bluetooth devices are not detected on the iPhone.

Fix 1: Turn Off and On Bluetooth

In most cases, a simple toggle on Bluetooth will fix the issue.

Since iOS 16, many users report that they can fix Bluetooth issues by pairing their devices again. To do this, you must first remove any connected devices from Bluetooth. Then pair them with your iPhone to fix the issue.

For more troubleshooting methods on Bluetooth related issues with iOS 16, you can follow our video below.