Logitech G HUB is a free-to-use official standalone software that offers a single tool for optimizing and customizing all connected & supported Logitech G devices like mouse, keyboard, headset, speaker, webcam, etc. This powerful advanced software is available for both Windows and Mac that literally takes control of the Logitech G gear eco-system. However, some reports are claiming that the Logitech G Hub software Not Installing or Stuck on Initializing.

So, if you’re also one of the victims to encounter the same issue then you can follow this troubleshooting guide to try fixing it. With the help of Logitech G Hub software, users can create game profiles, control streaming profiles like OBS & third-party app integration, RGB color or lighting controls & sync with LightSync, etc. It’s powerful enough to recognize Logitech G series devices automatically along with the multiple profile switches, and more.

Unfortunately, multiple reports on the LogitechG subreddit forum have appeared that the Logitech G Hub software refuses to get installed on the Windows PC or it gets stuck on the loading screen or even on the initializing screen. Well, this specific issue may appear due to several possible reasons that we’ve mentioned below and provided the possible workarounds to resolve it. Just make sure not to skip any method because a basic one can also help a lot.

Logitech G HUB Stuck on Loading Screen: How to Fix? 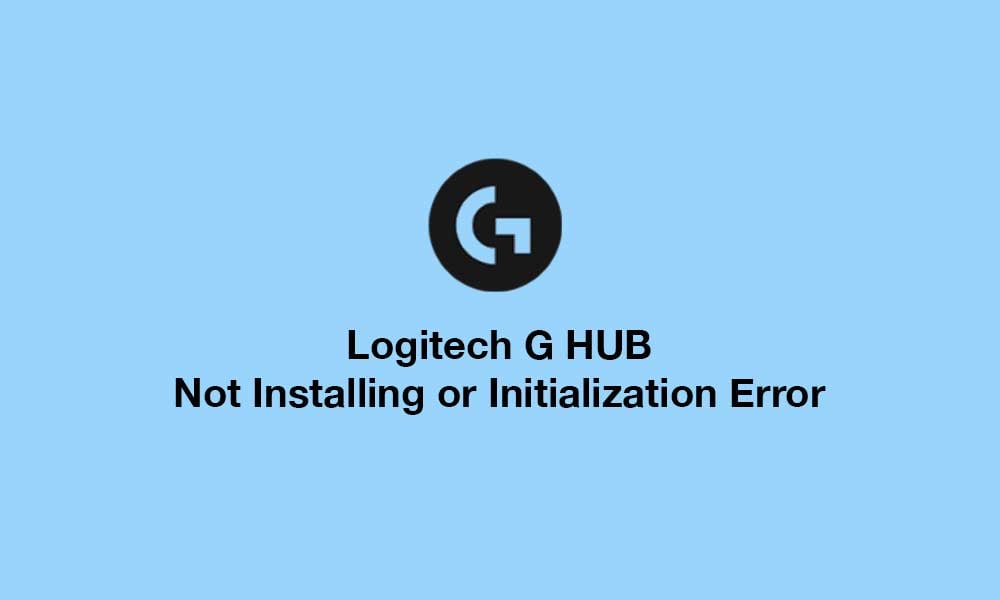 Fix: Logitech G Hub Not Installing or Stuck on Initializing

Talking about the expected reasons behind such an issue, it seems that the Logitech G Hub software is running the outdated version on the PC in most cases. Additionally, not running the tool via administrator access, maybe the Logitech tasks are running in the background, etc. So, without wasting any more time, let’s jump into it. You can also check out our brief video tutorial on the same if you want.

First of all, you should check whether the Logitech G Hub tool is running on the latest version or not. If it’s not running the latest version then the chances are high that somehow this tool is conflicting with the system to run properly due to incompatibility issues. Thankfully, the tool itself can check and install available updates automatically. But you’ll have to enable the automatic update option. To do so: 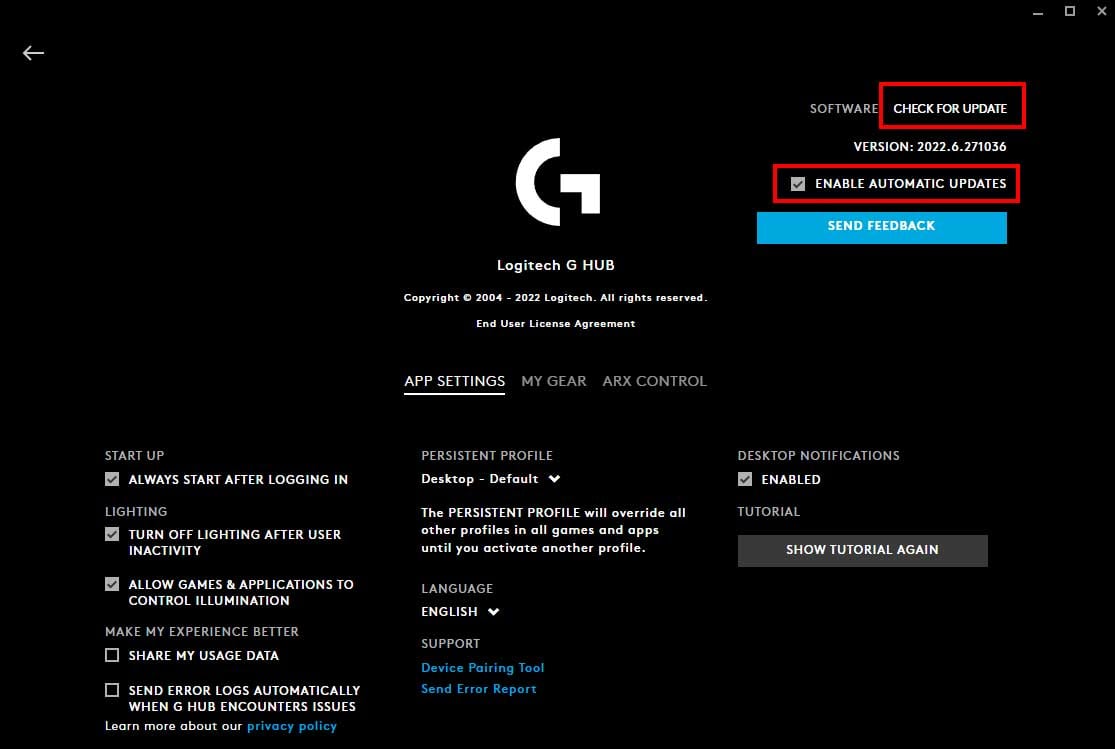 As we’ve mentioned in the above method, even though you’ve done exit & quite the Logitech G Hub application manually on your Windows system, one or more background processes are still running. Well, it’s quite common for programs on Windows to run in the background so that they can perform better. But sometimes it may not come in handy and you’ll have to manually clear the background task too. Just follow the steps below to do so: 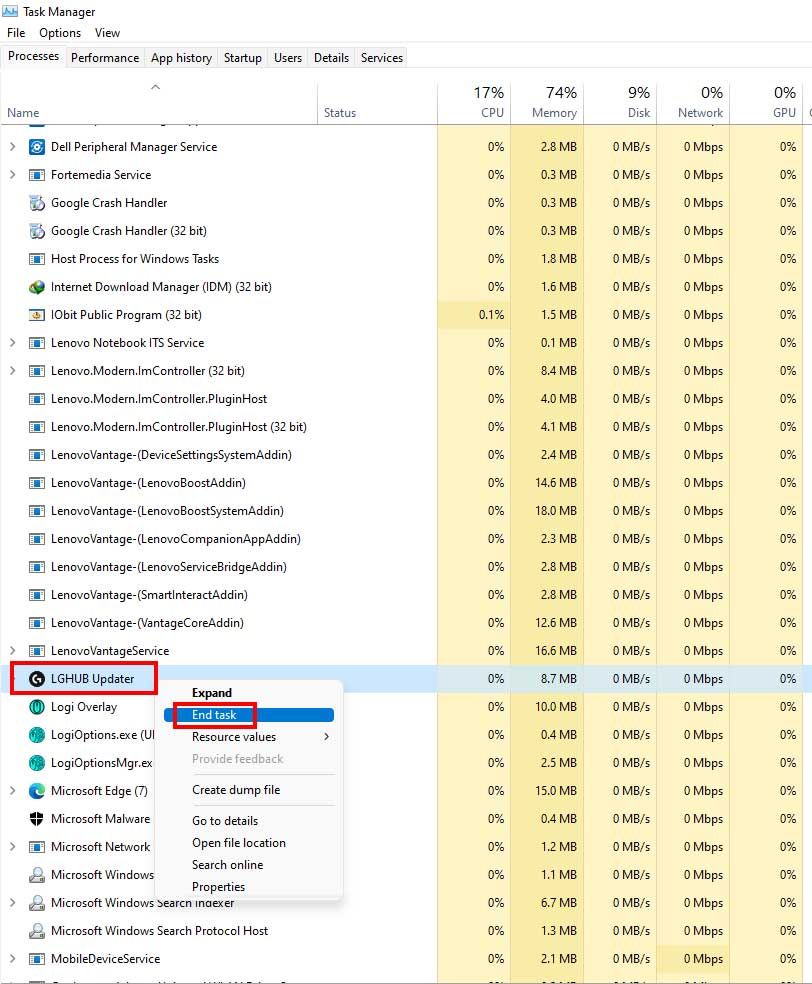 You should also try running the Logitech G Hub application executable file as an administrator on the Windows PC to allow all the User Account Control (UAC) regarding permissions. So, the application can run properly because sometimes the Windows system and its security protocols may think you’re trying to run the application without authorizing it. As you’ll have to do this step for the first time only, you can follow the steps below to do so:

Make sure to try checking out the latest update for the Logitech USB device that you’re using and connected to the PC by following the steps below. An outdated or missing USB driver specific to the Logitech device can eventually trigger a couple of issues with the Logitech G Hub software running properly.

Please Note: The Logitech USB Input Device is a common phrase for all Logitech USB peripherals like mouse, keyboard, controller, headset, etc So, depending on which device you’re using, you’ll have to perform this method. For example; if you’re trying to update the Logitech G mouse/keyboard then use Human Interface Device. For a gaming headset or joystick, use Sound, Video, and Game Controllers. 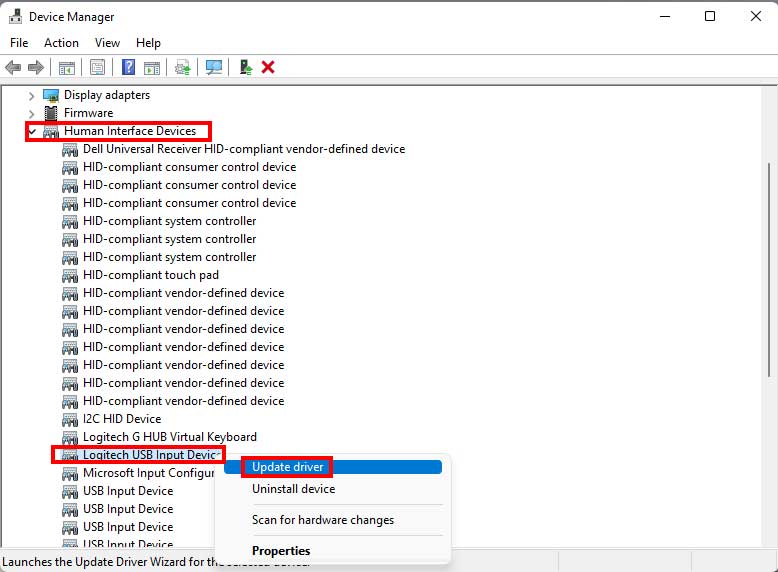 Make sure to do the same steps for Logitech G Hub Virtual Keyboard too.

An outdated Windows OS version or the build version can also cause multiple issues with the system performance and the program compatibility. It’s suggested to always keep your Windows system software up-to-date. You can follow the steps below to check for the latest update and install it.

7. Run the Program in Compatibility Mode

It’s also recommended to remove the system’s temporary files by following the steps below. These temporary files or folders can eventually trigger a couple of issues with the system performance and program running over a period of time.

Note: Some of the temporary files can’t be deleted in most cases which is normal. So, you can skip the non-removable temp files.

Once done, you’ll have to delete the specific Logitech G Hub temporary AppData files by following the steps below.

If it’s not available, then head over to the next method.

Just keep in mind that you should allow the Logitech G Hub application file in Windows Firewall as a whitelist to allow all the ongoing processes. To do that:

If your Windows computer isn’t running the latest version of the Microsft Visual C++ Runtime or the required version then you may encounter several issues whatsoever. To do that:

It may also be possible that the outdated or missing Microsoft .NET Framework package is conflicting with the Logitech G Hub software to run properly. This software basically allows different programming languages to more easily communicate with your PC. To install it:

If none of the methods worked for you then make sure to uninstall and reinstall the Logitech G Hub software on the PC to refresh the system for any kind of temporary glitches. To do that: