In this guide, we will show you how to become a Mob Boss or Godfather in BitLife. Such has been the popularity of this game, that the word BitLife seems to have become a synonym for real-life simulation genres. One major reason for its rise to fame in a short span could be attributed to the plethora of features that it beholds. Even if we focus only on the career options, you could select from Fisherman, Actor, Baker, or even a Famous Movie Star, just to name a few.

Along the same lines, the game gets blessed with some intriguing and challenging missions. Some of the noteworthy ones included the likes of the Ferris Bueller Challenge, Forrest Gump Challenge, and the Brangelina Challenge. As of now, the game has welcomed a new Mafia update. So if you ever wished to become a Mob Boss or a Godfather in BitLife, now seems to be the perfect opportunity for the same. Follow along for the instructions. 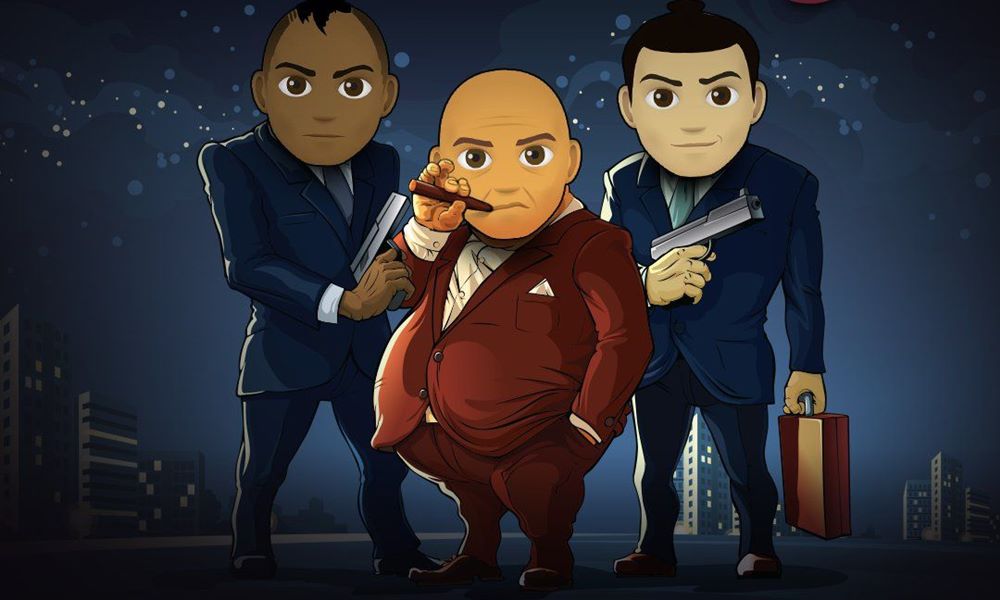 BitLife: How to be a Mob Boss or Godfather

To successfully complete this task, you will have to check-mark a few requirements. We have mentioned all these quests below in the order in which they need to be completed.

Let’s check out how to strike off each of these missions so that you become a Mob Boss or a Godfather in BitLife.

The first prerequisite requires you to step into the world of crimes at an early stage. You could start off by committing some petty thefts such as pickpocketing and stealing. Then you may expand this domain and include the likes of robbing a bank. Once you reach the age of 18, make sure you have at least some crimes to show on your resume.

Then head over to the Occupation > Special Careers > Organized Crime section of the game and select from one of the six Mafia families of your choice. These include the Irish Mob, Latin Mafia, Mafia, Russian Mafia, Triad, and Yakuza. With this, you have completed the first quest to become a Mob Boss or a Godfather in BitLife. 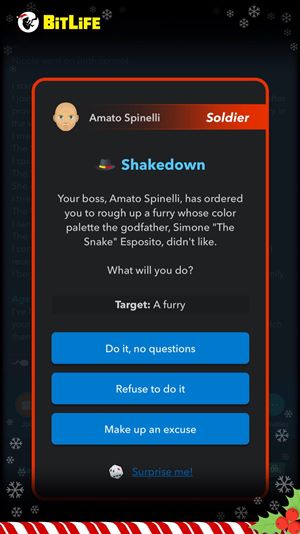 Now that you are a part of the Mafia family, it’s time to show off your skills at the crime scene. Keep on committing crimes in order to succeed ahead in this domain. The more the risk involved, the higher will be the reward as well. Talking about which, let’s discuss the earning contributions.

How To Complete The Deadliest Catch Challenge in BitLife

Contribute the full amount of your earnings 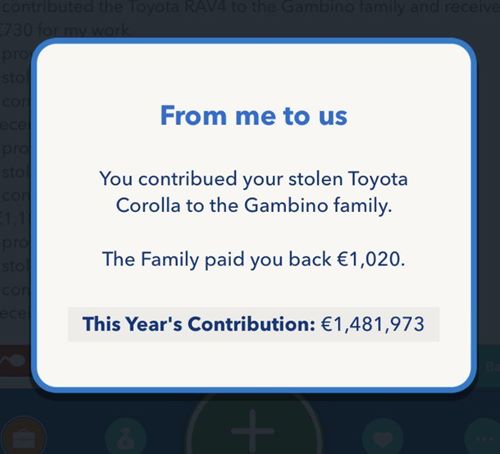 The danger associated with committing a crime is directly proportional to the money that goes straight into your pockets. However, at this stage, you should hand over all your earnings to the Mafia boss. While it may sound a little bit harsh at this instance, but you will soon be able to reap in rewards of the same. And once you become the Mob Boss or Godfather in BitLife, there’s no stopping the money flow. So consider this mission as an investment with higher returns in the future.

Wait for your promotion

Be it the office workspace or the Mafia world, promotions are a hard reward to earn by. You will have to successfully complete all the contracts that the Mafia boss has for you. Never try to cross-question or refuse any of these tasks because as of now your the beggar and your bosses are the choosers. 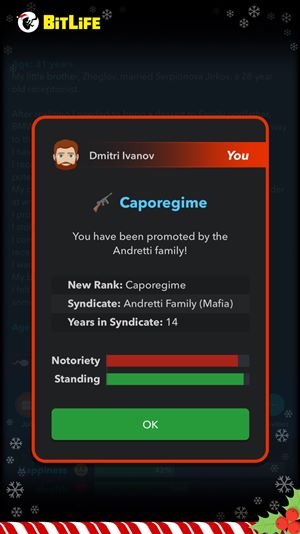 So keep giving your best in whatever crime you are given to carry out. Along the same lines, you should never ask for promotions on your own. Keep these points in mind and the promotion will be on its way. This then brings us to the last quest to become the Mob Boss or Godfather in BitLife.

Repeat the process until you’re the boss

Keep on working hard and your first promotion will be to the ranks of a Soldier. Carry on the work with full dedication and you should soon see yourself climbing the ladders of promotions- from Captain to Underboss, and finally to the Boss.

That’s it. This was all from this guide on how to become a Mob Boss or Godfather in BitLife. If you have any queries concerning the aforementioned instructions, do let us know in the comments. Rounding off, here are some that iPhone Tips and Tricks, PC tips and tricks, and Android Tips and Tricks deserve your attention as well.