Motorola is known for delivering great smartphones for the masses without loading them with bloatware or crappy software. This is the reason why most consumers are excited about the new Motorola Moto G9 or G9 Plus because of their waterproof design. Today we are going to test their design and see if both of these devices are actually waterproof or just a marketing gimmick.

The latest Motorola Moto G9 and G9 Plus seem to be a promising smartphone for budget segment user which provides official splashproof body design. Motorola has never given an official waterproof smartphone in this segment, and this will be a great purchase for users. 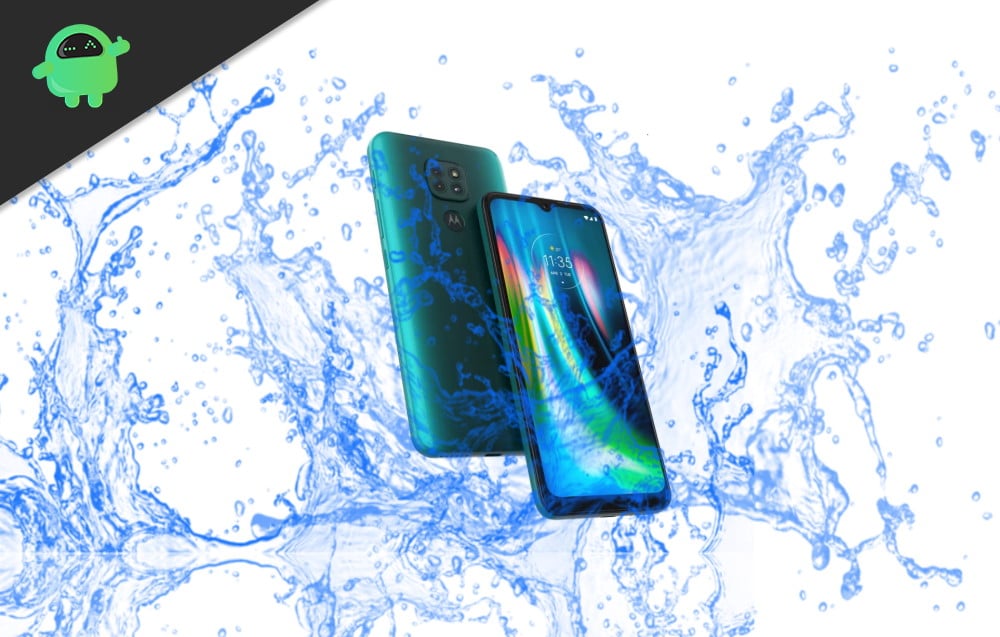 Is Motorola Moto G9 or G9 Plus a Waterproof device?

Motorola Moto G9 is a new service of smartphone intended for budget or mid-range segment users who need a solid smartphone with a solid set of features, and of course, high-level protection from water, dust, and moisture.

It has a shared SIM slot for a microSDXC card. Even more, it has 64GB of internal storage and 4GB of RAM. The rear camera has triple cameras of 48MP, 2MP, and 2MP with LED flash, HDR, and panorama. However, at the front, it has a single camera of 8MP. Even more, it has a Fingerprint sensor at the back and has Li-Po 5000 mAh battery with 20W fast charging support.

Since there is no IP rating available for Motorola Moto G9, we cannot conclude that it is a waterproof device. however, due to its build may survive a few drops and splashes of water. However, definitely, the smartphone cannot survive under the water pressure for a long amount of time.

G9 Plus comes with two variants, one with 128GB of internal storage 4GB RAM. The other with 128GB internal storage 6GB RAM. Even more, G9 has quad cameras at the rear end of 64MP,8MP, 2MP, and 2MP. however, the front has only a single 16MP camera. You will get a Li-Po 5000 mAh battery with 30W fast charging support. Moreover, the rest of the features of G9 Plus are the same as G9.

We can evaluate whether a device is waterproof or not by its IP rating. In the case of G9 Plus, there isn’t any IP rating available nor mentioned by the developers. Hence, we can conclude that the device is not a waterproof device though it can be a little water-resistant, can save your device from a few splashes and drops of water.

After conducting a waterproof test on both of these devices, here are our final thoughts. Both of these devices are somewhat splashproof but not officially waterproof. This means that they will resist a little accidental water damage from moist weather, but you can’t take them for swimming along with you.

This test is purely based on individual/team observation. This test will only give an idea of whether a device is waterproof or not. So users are advised not to try this at home, as it might damage their device.

Motorola Moto G9 and G9 Plus are great smartphones to buy if your tight on the budget but still looking for a splashproof companion. It is necessary to mention that both of these devices are somewhat splashproof but not completely waterproof. This means any accidental water spill will do no harm, but you can’t take them for underwater photography or such other extreme water sports.