Samsung finally started pushing their new major OS update; One UI 4.0 for the Galaxy Fold based on Android 12. The update is now started rolling around the globe.

As per some reports, it is said to be rolling with build number F900FXXU6GUL9 for users in Europe and will soon reach other users around the globe. With this, Samsung has included the latest January 2022 Security patch which fixes many security bugs and vulnerabilities.

How to Downgrade Samsung Galaxy Fold 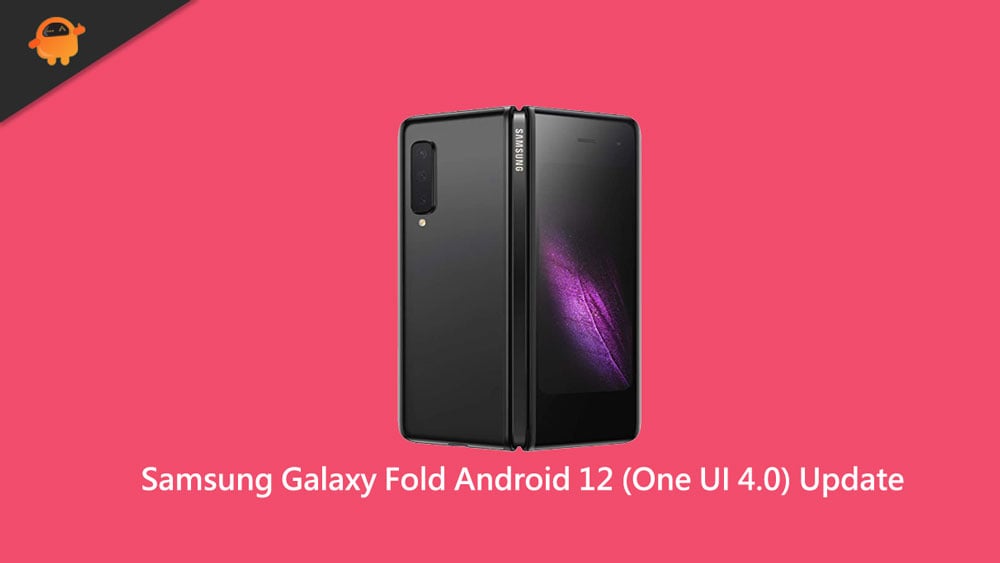 Samsung Galaxy Fold comes with a massive 7.30-inch touchscreen primary display and a 4.60-inch touchscreen as its secondary display. Not only that, but it is power-packed with the flagship 2.84GHz octa-core Qualcomm Snapdragon 855 processor. Also, the RAM management is good as it features 12 GB RAM along with a 4380mAh battery that you can charge using quick charge 2.0 within an hour.

However, as this is a foldable phone, that doesn’t limit Samsung to cut down the device’s sensors. Yes, this device comes with almost all the sensors, including a proximity sensor. Anyway, as you can see, the specs of this device are decent as who knows that Samsung has already planned something for this device.

So, we will suggest you wait until Samsung official confirms that Galaxy Fold will not be going to receive this major update. Until then, there is a hope that Samsung may look forward to its 2019’s flagship game changer smartphone and bring something great for its users.

Of course, the Samsung Galaxy Fold came out of the box with Android 9.0 Pie and later received the Android 11 update. According to Samsung’s recent policy change, their device will get three years of major OS support and four years of a security patch update. As promised, finally Samsung started rolling their One UI 4.0 update to their most flagship and feature-rich smartphone.

Updated on September 30, 2022: Samsung started seeding September 2022 security patch update for the device with software version F900FXXS6HVI1. The update is based on Android 12.

Updated on May 19, 2022: Samsung started seeding May 2022 security patch update for the device with software version F900FXXS6HVD1. The update is based on Android 12.

Updated on January 15, 2022: Today Samsung rolled their first One Ui 4.0 update to the European users with software version F900FXXU6GUL9. The update comes with January 2022 security patch which fixes the security bugs and vulnerabilities.

Before we get straight to the steps to flash the One UI 4.0 update based on Android 12 on your Samsung Galaxy Fold, let us look at the prerequisites first.

Now, let’s look at the steps to flash Android 12 on Samsung Galaxy Fold.