Samsung in US rolled Second beta of One UI 2.0 for the Galaxy Note 10 with build number N970U1UEU2ZSKH. The update weighs 550MB in size. If you already have the first beta build, then you will receive this update anytime soon.

According to Samsung, the new version of One UI brings many changes including UI refreshment,  dark mode, Digital Wellbeing and many more to the table along with Android 10 features. If you have already signed up for the beta test program, then you will receive the update very quickly. You can check for the software update by tapping on Settings –> About Phone –> “Software update” to select the “Download and install” option. This will allow the software to update and load the beta version. If you have not signed up and want to try, then follow this guide to install Galaxy Note 10 Android 10 based on One UI 2.0.

Well, Samsung Galaxy Note 10 came out of the box with One UI 1.5 based on Android 9.0 Pie. As we already said, One UI is the new enhanced One UI interface design along with many new features and customizations. The main features of OneUI are one-handed usage and other features include a stem-wide dark mode, a new UI, and design language focused on ease of use and reachability, and a lot more things. With One UI 2.0, Samsung has improved and optimized the One UI software.

Fix: Samsung Galaxy Note 10 and Note 10 Plus Not Connecting to WiFi Issue 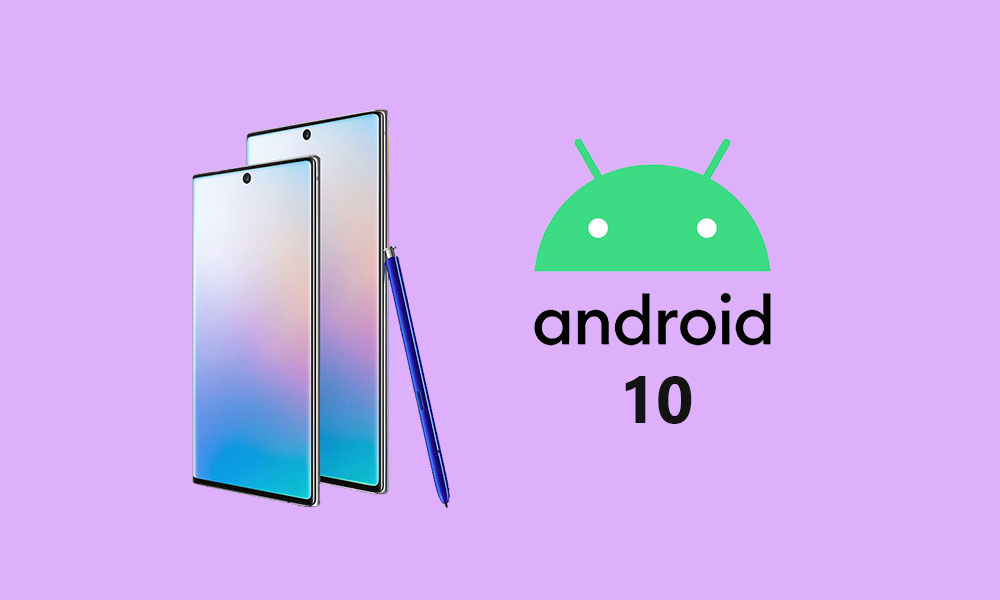 With the Android 10 release, Samsung started working on their latest OneUI 2.0 for the Samsung Galaxy S10, Note 10 and Note 9. It is currently in the stage to test. Despite all this, there are a lot of new features with this new version which is working totally fine. Now, with that being said, we would be sharing the guide which you can install and try this all-new Samsung Galaxy Note 10 One UI 2.0 beta firmware.

Now, before we get straight to the guide, we would like to tell you that this would work only for the Samsung Galaxy Note 10’s model listed below.

Steps to Install Samsung Galaxy Note 10 Android 10 with One UI 2.0

Now, let us take a look at the prerequisites for installing the Android 10 Beta on Galaxy Note 10. Should we?

Now, in order to install Android 10 Beta on your Samsung Galaxy Note 10, you need to follow these steps carefully. You need USB Drivers and the latest ODIN tool.

So, that’s it. After waiting all these months you can now install and enjoy the official Android 10 on your Samsung Galaxy Note 10.

That’s it guys, We hope that you found this guide useful. Just in case, if you have stuck somewhere or had any questions related to the topic. Then, feel free to leave them in the comments section down below