Samsung finally unveiled the Samsung Galaxy Z Fold 2, which is one of the successors of the first-ever folding phone- the Galaxy Fold. The new one got a small name change and a few good upgrades within the design and specs. The device recently received its first major OS update with Android 11 and later received its second major OS update to Android 12 on top of One UI 4.1.

This post lets you download and install the latest Android 13 stable update for the Samsung Galaxy Z Fold 2 devices. Now that Google has released the sturdy build of its latest OS, Android 13, many OEMs are quick to jump on this bandwagon. Going by the track record of Samsung, it is no surprise that they have also released an update for their flagship smartphones. This new One UI 5.0 update would bring in many noteworthy features for the end-users.

To begin with, the new brings in improvements like multi-language support, user privacy, revamped clipboard features, and more. Other than these, there are a few design changes, like an updated media player and support for themed icons to match wallpaper colour. Here are the detailed instructions to download and install the latest Android 13 update for the Samsung Galaxy Z Fold 2 devices. 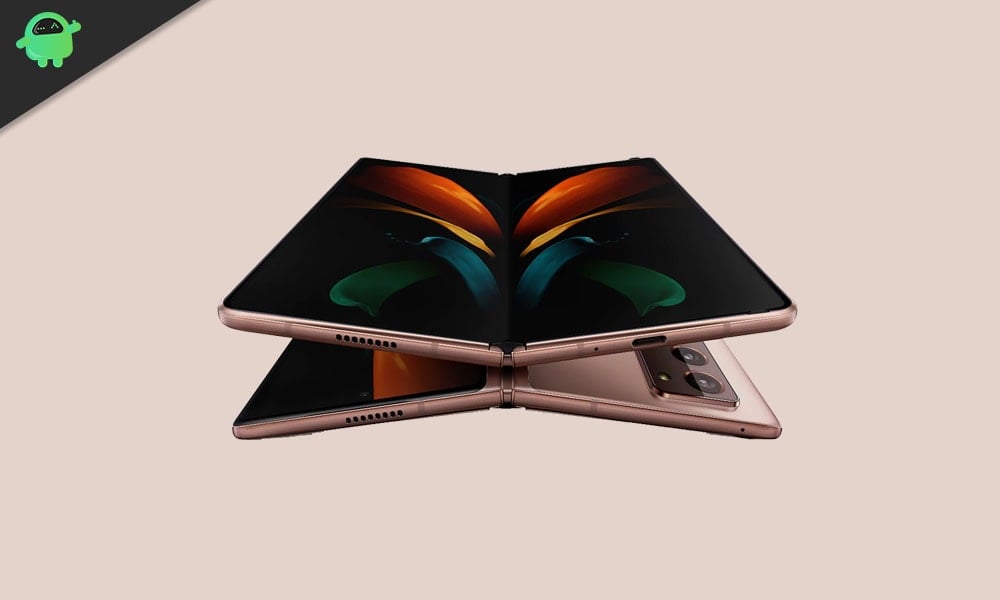 Samsung calls the “Hideaway Hinge” of Galaxy Z Fold 2 “The most advanced mechanism for folding technology”. This means the Galaxy Z Fold 2 can not only open & close but also stand on its own at various angles, thanks to this hinge design.

Samsung Galaxy Z Fold 2 features a 7.6-inch display with Samsung’s Ultra-Thin Glass (UTG) & it’s a Dynamic AMOLED 2X panel (1768 x 2208) with 120Hz refresh rate. because of the LTPO technology, there’s a variable refresh rate which suggests the display can refresh as slow as once or as fast as 120 times every second. On the surface, there’s a 6.2-inch Super AMOLED panel with a resolution of 2260 x 816 pixels. The refresh rate is 60Hz. Both the displays support HDR10+.

The triple camera setup on the rear includes a primary 12 Megapixel unit with OIS & f/1.8 aperture, a secondary 12 Megapixel ultrawide lens, and a 3rd 12 Megapixel zoom lens. The camera for selfies is that the same for both displays i.e., a ten Megapixel f/2.2 camera.

Under the hood, it’s the top-notch Snapdragon 865+ processor and has 5G support. The processor is paired with 12GB LPDDR5 RAM and 256GB of fast UFS 3.1 storage. The smartphone runs on OneUI 2.1 supported Android 10.

Before we get straight to the steps to flash the One UI 5.0 update based on Android 13 on your Samsung Galaxy Z Fold 2, let us look at the prerequisites first.