Have you been on the lookout for some good launchers for your Android device? If that’s the case, you would love our article with some of the handpicked Top 5 Pixel Launcher Alternatives for Android. Read on to learn more about such apps!

The reason why the Pixel Launcher is so well reputed in the Android community is because of its smoothness and integration with the Google Feed to the left of the homescreen. It also brought about the concept of app shortcuts which was derived from the force touch shortcuts in iPhones. Although the Pixel Launcher was never intended to be distributed to any other phones than the Pixel devices, nothing stopped the developers from getting their hands dirty with ports of the launcher being made available for any Android device out there. 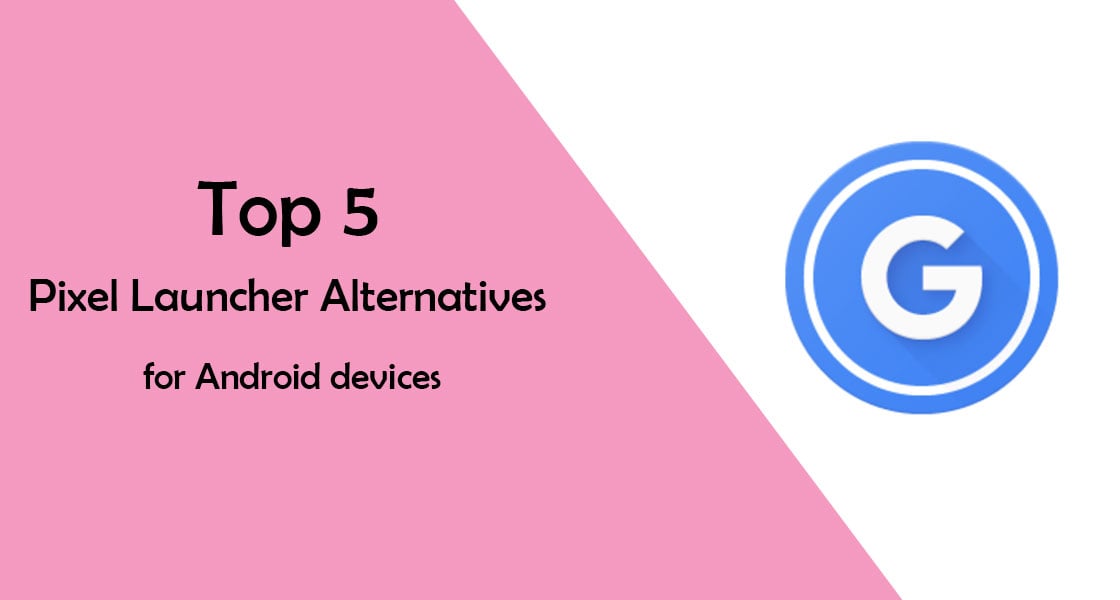 However, the Pixel Launcher still has a lot of features missing from its framework. Simple things like being able to change the icon pack, icon shape, text, or the ability to hide apps from the app drawer are still features that should be mandatory in any launcher for Android devices in 2020. This is why we’ve decided to look around for some of the best Pixel Launcher Alternatives that are available for Android devices for users to enjoy. So sit back, and read more about some really nifty launchers for your smartphones!

All of the apps mentioned below have been tried and tested by yours truly, and I recommend only those apps that provide a fulfilling user experience. As far as availability goes, most of the apps we’ve mentioned about below are free, to begin with, but run on a freemium basis which means users can opt into buying the premium versions which unlocks a whole lot of other cool features. Overall, if you don’t plan on spending any money for Pixel Launcher Alternatives, you can still enjoy most of the listings here too! With that being  said, let’s take a look on our top picks!

Our first and obvious mention for a Pixel Launcher alternative on this list is Nova Launcher. If you have been an Android user for even a little while, you must already have come across this holy grail of a launcher. Nova Launcher, for those who are unaware of, is one of the oldest yet one of the most popular custom launchers available on the Google Play Store for Android devices. The reason for its popularity and number one spot for so long is thanks to the sheer amount of customization that it offers. Even the free version of Nova Launcher is unbeatable when it comes to raw options and being able to customize each and every minute detail there is about the launcher. You can do the usual stuff like being able to change the icon packs, icon shapes and sizes, changing the wallpapers, the app drawer layout and so much more. While Nova Launcher doesn’t come out of the box as a Pixel Launcher lookalike, within just a few minutes, you can tweak the settings to match the likes of a Pixel device. Nova Launcher also has a powerful backup and restore feature that one can use to make migrating between phone super easy and hassle free. Once you start using Nova Launcher, you will never meet the end of its available options.

Nova Launcher also has a prime version which is paid, and it further unlocks even more features and options. While the premium version is good to have, we still feel there is no other launcher as liberal as Nova when it comes to the amount of features and customization that it offers. You can download the latest version of Nova Launcher for your Android device by following the Google Play Store link below :

The weird name aside, Evie Launcher is yet another strong contender when it comes to finding a promising Pixel Launcher alternative for your device. While it doesn’t offer half as many features as most of the launchers on this list, Evie Launcher has its own uniqueness up its sleeve. It boasts a wild all device search, which basically searches all of your apps and even inside them to quickly find for something you might be looking. Even if you don’t want to be bothered by the exciting new and evolutionary features that it offers, you can still use Evie Launcher as a normal homescreen replacement to get to your apps with a single swipe, just like you can on the Pixel Launcher. Other features of this launcher include custom shortcuts, which make it easier for you to perform frequent actions such as calling a close friend or a family member, or navigating to your work or home. You can still modify the basic bits of your experience such as changing the icon packs, shapes, text sizes and more.

While Evie Launcher does not sport any groundbreaking features like Nova Launcher or the others, it is still a lightweight and fast experience that brings the stock feeling of the Pixel Launcher to any device out there. You can download the latest version of Evie Launcher for your Android device by following the Google Play Store link below :

Out next pick on this list is probably also the best one in terms of looks and aesthetics. Niagara Launcher does not really follow the traditional way of how users navigate about their homescreen or app drawers, and instead prioritizes speed and minimalism over everything else. Unlike Pixel Launcher, there isn’t really any app drawer to swipe open. Instead, you get all of your apps arranged in a scroll list manner, and all you have to do is either search for them, or swipe to the app that you want to quickly open. This eliminates the need of an unnecessary dedicated space for all of your apps. On top of that, this launcher also displays most of your important notifications right on your homescreen as beautiful card, with much more information and additional actions that you can perform. This makes sure that you don’t miss out on any important happenings around you, while also making it simpler for you to view your notifications thanks to the bigger layout and space. This is no to say that Niagara Launcher skimps out on customization features though. You can still very well theme with this launcher, choose between a light or a dark mode, change icon packs and pick from hand chosen blurred wallpapers to make the content on your screen pop out better.

Niagara Launcher is one of the more unique launchers out there, and while it might not follow the same design cues as Pixel Launcher, it is undeniably a great choice to have. You can download the latest version of Niagara Launcher for your Android device by following the Google Play Store link below :

Right smack at the 4th place, we have Before Launcher. This launcher is similar in concept in a lot of way with Niagara Launcher. It prioritizes speed and minimalism over everything else. With Before Launcher, minimalism is key. You won’t be seeing any app icons at all, only the text in a big bold font. The backdrop by default is a pleasing shade of blue, which contrasts well with the white or black text that you can choose for the app names. The homescreen of this launcher only holds place for eight of your most used apps, so you don’t have to find the apps you frequently use from the clutter. All of your other apps are arranged in either a list which you can scroll, or even in a bubble style layout which people may find a little more appealing and easier. Before Launcher also uses a filtered notification system which makes use of AI to determine which notifications you might find useful, and which might just end up wasting your time (advertisements or redundant notifications from apps you might not use). This makes it much easier for you to concentrate on your work without any unnecessary obstructions. The biggest plus point about using this launcher over others is obviously the positive impact it has on your battery life. Since you aren’t using any colorful icons or wallpapers, the largely monochrome design on this launcher keeps your battery usage at a bare minimum.

Before Launcher is a new contender in the launcher game, and we feel it has great potential in being the top minimal launcher for all those who dig this style of homescreen setups and want as less interruptions as possible. You can download the latest version of Before Launcher for your Android device by following the Google Play Store link below :

Apart from the really clever name, this launcher is probably going to be my top recommendation to those who want the closest feel to what the Pixel Launcher provides. While Lawnchair 2 still provides for some really powerful and handy customization options, if you leave it untouched, it serves as a great replica to what a Pixel device looks like out of the box. Lawnchair 2 is also one of the rare offerings that has a working Google Feed option when you swipe to the left on your homescreen. You can change options such as the icon pack, icon shape and size, text color and size, and much more. You can also play around with how the dock looks like. Further customization include being able to tweak the app drawer as per your demand, and even adding drawer categories to neatly classify all of your apps. However, one unique feature that Lawnchair 2 offers is the contextual data which is provided in the “At a Glance” widget at the top. This basically reads out your notifications for you, tells you of any upcoming reminders or events that you may have saved, and much more. There is also a growing demand for launchers like this one which support full integration with the Android Recents mode, allowing devices with gestures to be compatible with this launcher too.

Overall, if you’ve been looking for a clean and minimal replacement to Pixel Launcher, but still wish to keep all of its design quirks and also have some nifty little customization options as a last resort, then we highly recommend you give this one a shot. It is completely free, and always will be. You can download the latest version of Lawnchair 2 Launcher for your Android device by following the Google Play Store link below :

That’s all folks! We hope you enjoyed our roundup of some of the Best Pixel Launcher Alternatives for Android devices! Which one among the list is your favorite, and how many of these launchers have you already known or have been using? Know other good Android Pixel Launcher Alternatives that you feel people might find interesting? Do let us know in the comments section below, we’d be delighted to hear from you guys!