In this tutorial, we will show you how to unlock the bootloader on Asus ROG Phone 3. The ROG series from Asus have always focused on gaming enthusiasts. It has been known as the Gaming flagship and there are quite a few reasons to justify this claim. To begin with, you get a large 6.59 inches screen with a 1080 x 2340 pixel resolution, with a highly impressive 144Hz refresh rate. Under the hood, there is a Qualcomm SM8250 Snapdragon 865+ chipset and the Adreno 650 as the GPU.

The device which has the ROG UI based on Android 10, comes in five different variants. Its highest variant could put any smartphone to rest, with 512GB of storage and an unbelievable 16GB RAM. Then there is a triple rear camera setup which spells out as 64+13+5 MP. The 24 MP front-facing camera also manages to take decent clicks. Supporting all these feautres is a mammoth 6000 mAh battery that supports 30W fast charging and 10W reverse charging as well.

No doubt all these specs make it a power-packed device, but you could further explore the potentials. All that is needed is an unlocked bootloader, which will then open the floodgates to a plethora of customizations. But before we list out the steps to do so, there are a couple of things that need to be discussed. It is recommended to go through them and only then proceed with the steps to unlock the bootloader on Asus ROG Phone 3. Follow along. 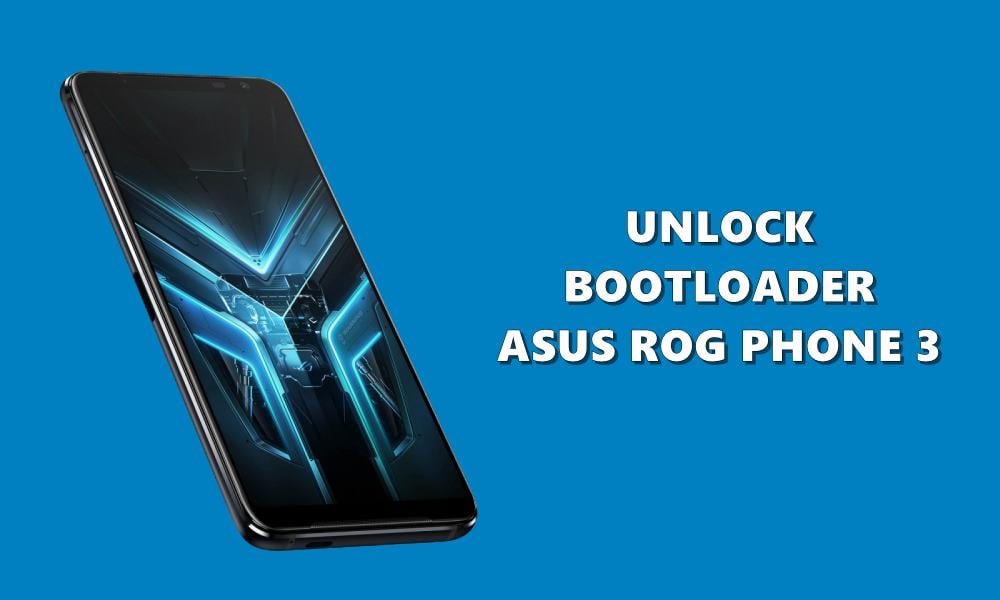 Near about all the OEMs nowadays ships their devices with a locked bootloader. The reason for the same is pretty simple. They only want the user to use the stock OS that they have shipped, without any major modifications from the user as such. But here is the thing. Not everyone is a fan of the stock OS experience, even more so when the OS belongs to an open-source ecosystem. As a result, they wish to tweak the device and some of its settings.

But for that, there is one major requirement that needs to be met. And that is an unlocked bootloader. So in this guide, we will show you how to unlock the bootloader on Asus ROG Phone 3. But before that, we would like you to get acquainted with the perks and the risks associated with an unlocked bootloader. Rest your decision only after going through the below section.

Advantages and Risks of an Unlocked Bootloader

If we talk about the advantages of an unlocked device, then it could be quite a lengthy list. Here we would be discussing some of the noteworthy benefits. To begin with, you could install a custom ROM onto your device. Similarly, you could even replace your stock recovery with a custom one like TWRP. Then you could also get administrative privileges over your device by rooting it via Magisk. Similarly, there is are a plentitude of Magisk Modules, Substratum Themes, and Xposed Frameworks mods waiting for you.

But that is just one side of the coin. There are some risks associated with it as well. Once you have unlocked the bootloader on your device, it will make the warranty null and void. Likewise, it will also wipe off all the data from your ROG phone. Some apps like Google Pay and Pokemon GO might not function. The L1 certification might also be degraded to L3. As a result, you won’t be able to watch Netflix in HD. The entire unlock process is itself quite risky and might brick or bootloop your device. Furthermore, it will also disable subsequent OTA updates on your device.

So with this, you have got a pretty decent idea as to the perks and risks associated with the aforementioned process. If you wish to proceed ahead, then here are the steps to unlock the bootloader on Asus ROG Phone 3.

It is indeed a welcome move that OEMs are now coming forward with the custom developments. While the device has just been launched, Asus has already released the Firmware, Kernel, and Unlock Tool for the device.

ROG 3, Asus step up the game.
Device officially releases on the 27th.
Firmware, Kernel and Unlock Tool are already up. pic.twitter.com/YPpCt2NJ7s

In general cases, most of the Android device’s bootloader is unlocked by executing a bunch of fastboot commands. However, with ROG phones, things are a little bit different. It doesn’t follow the same route, hence you are saved from a long list of requirements which includes enabling USB Debugging, installing Android SDK Platform Tools, etc. However, there is are still a couple of requirements that your device has to go through before you unlock the bootloader on your Asus ROG Phone 3.

That’s all the requirements. You may now download the unlock tool from the below section and proceed with the steps.

With that, we conclude the guide on how to unlock the bootloader on Asus ROG Phone 3. The OEM has already released the kernel source code for both the Global variant and Chinese variant. The tech geeks could even proceed with the custom developments as well. With that said, if you have any issues with the aforementioned steps, drop in your queries in the comments. Rounding off, here are some iPhone Tips and Tricks, PC tips and tricks, and Android Tips and Trick that you should check out as well.