Furthermore, you can add custom features to these secondary weapons. Such as gaining strength on a kill or getting infinite ammo. Moreover,  players can trade some of these weapons between them. In this post, I’ve compiled some of the best secondary weapons in Warframe, which will reward you with traits like maximum damage, utility, and higher critical status. 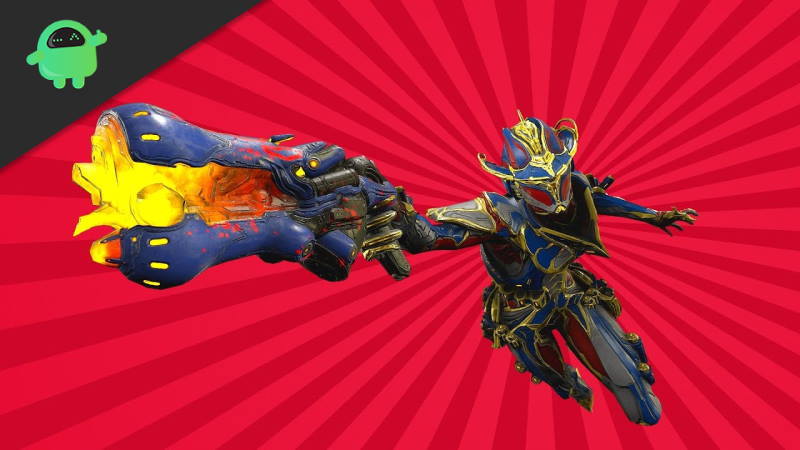 Warframe has an endless list of weapons that you can use to combat players. But today, we will mention all the best ones to make sure you win your game with extra points! 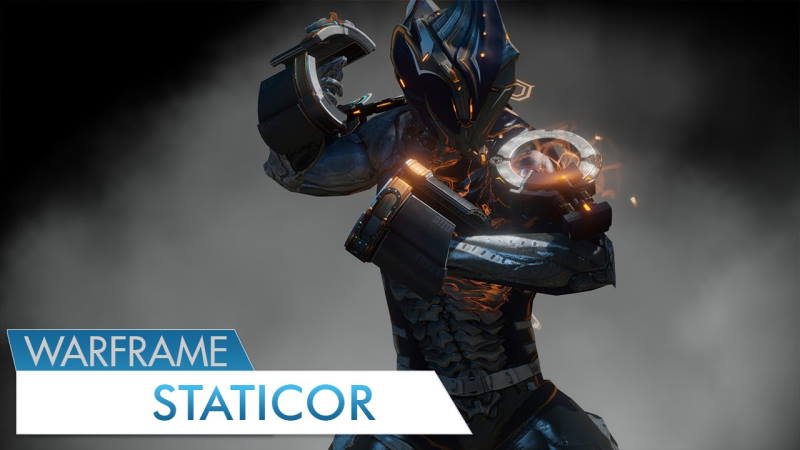 This thing throws fast-moving radioactive bolts at the enemies, which will steadily drip the enemy’s shield and cause area-off-damage. Bolts in this weapon can be fully charged to be effective in a wider radius of 9.6 meters. You are also free to change your shot that will result in a faster projectile explosion. Innate radiations puzzle enemies and make them attack each other. Staticor among a few other weapons in Warframe does not deal with self-damage. That means you should not worry about blowing yourself up. Additionally, It has above-average critical status. You will find Staticor in the Corpas Energy lab in your Dojo.

As with high range weapons that can change their shots, the Staticor’s shot can be canceled by pressing the reload button and refunding any ammunition used in that charge. Moreover, You will be impressed by the ability of this weapon to make any mission piece of a cake. With the right mods, Staticor can meltdown many enemies you will find in most activities. In a certain way, Staticor feels like mini Lenz. However, I’ve added Staticor in this list because it is a great secondary weapon, It won’t last in late-mission games. 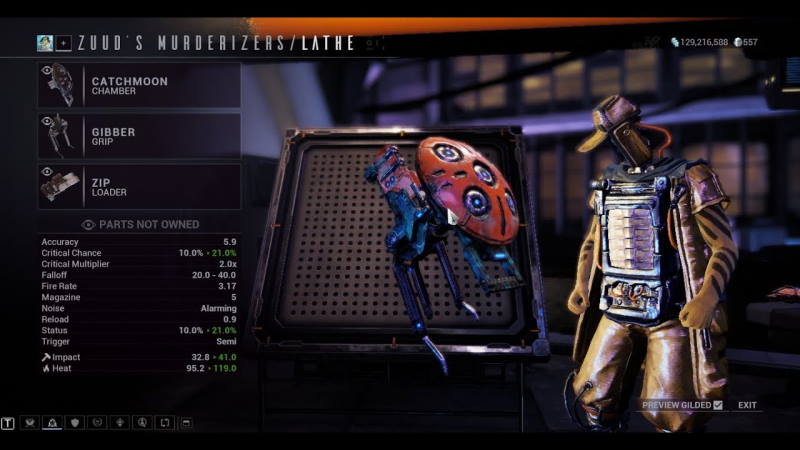 Although every single Kitgun is so powerful that I wish to add all of them in this list, I choose Catchmoon Kitgun, a pretty much secondary version of Arca Plasmor—the best shotgun in Warframe. It fires a wide energy projectile with an innate enemy. The projectile will also drive away If the center part of it collides with the surrounding. It deals with impact and heat damage Punch Through.

This weapon can make any mission breezy, and you can build this Fortuna If you have enough standing points and components. Catchmoon Kitgun is a perfect weapon to accompany a primary Sniper Rifle, and the duo will do so much damage to numbers of enemies. Catchmoon Kitgun has a maximum range of 20 meters and a disposition of 0.5 Riven Mods. The damage falloff of Catchmoon Kitgun starts at 8 meters and scales parallelly down to 6.25% at 16 meters. 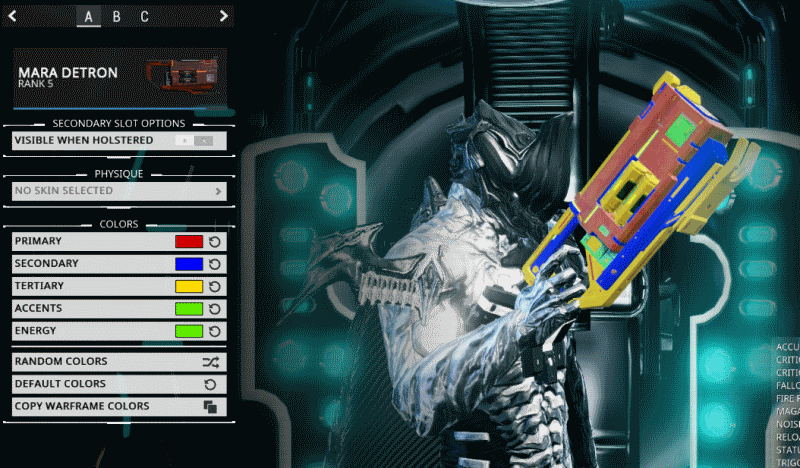 Mara Detron, an exclusive modification of standard Detron. With a novel, animated skin—it is impressively effective towards armored targets. It comes with five skins: Shock Camo, Nusku, Perla, Stratus, and Zundi. Mara Detron can be distinguished from standard Detron by the diffused cloud texture animation on its body although it might lack the same effective power that others in this list bring. Mara Detron fills this gap with an incredible status chance of 100% and high projectile velocity—If modded correctly.

Fused with radiation damage, the mordants on this gun are so powerful it can destroy the enemy’s armor in just a few shots. It is imposingly effective against Alloy Armor, Robotics, and Infested Sinew with good accuracy. Mara Detron has a unique sound of fire nearly closer to conventional shotguns. Instead of energy-based weapons frequently used by corpus. Furthermore, like Syndicate Weapons, Mara Detron can be swapped between players. 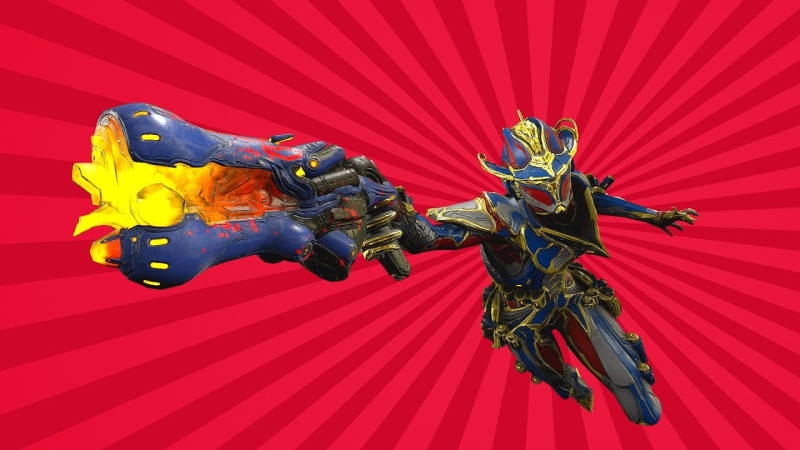 Kuva Brakk is the Kuva variant of Brakk. The ability to reach 100% status, incredible damage, great critical stats, and higher magazine capacity are the characteristics of this weapon. That will surely make you its fan. Kuva Brakk is obtained by defeating a Kuva Lich. After the Lich is vanquished, you will find your weapon in players’ foundry ready to be claimed. However, the weapon is not tradeable. A converted Kuva Lich generated with the weapon can be traded to other players. The trade takes place in Clan Dojos crimson, and the traders must not have a Lich active.

Some distinct traits of Kuva Brakk are, It has high impact damage against armors, apparently high critical chance, innate 0.5 punch through. It also comes with a bonus of Heat, Cold, Magnetism, Radiation, Electricity damage. Like with all Kuva weapons, you don’t have to attain a mastery level to acquire Kuva Brakk. It can be simply claimed from the player’s foundry after defeating a Kuva Lich carrying it. 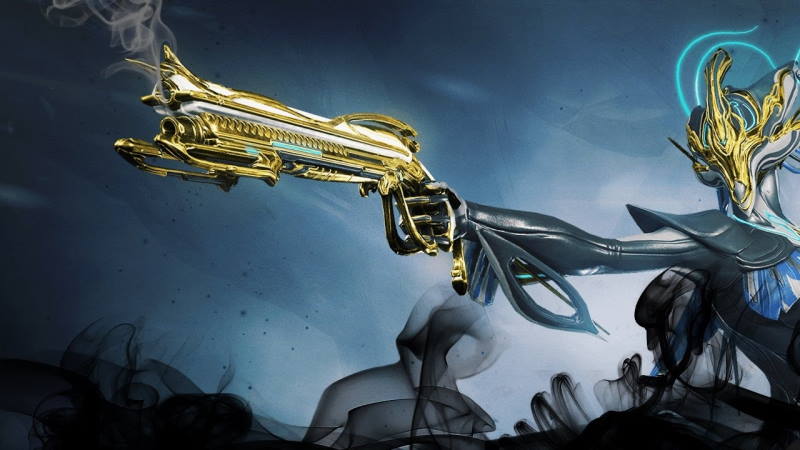 Euphona Prime has the most serious base damage of all secondary shotguns. Even though Euphona Prime is technically a shotgun, it also has a pistol mode. So it can bring a benefit If you are a player who likes to swap away from the crowd with a pistol and shotguns simultaneously. If paired with a Sniper Assault Rifle, Ephone Prime can be a good backup to vanquish a target that is a Lil closer and stronger than average.

Euhphone is on this list because it has two different fire modes: (1) it shoots a slug for longer range engagement and (2) It shoots wider spread shoots for close ranges. Although It has a low magazine, Euphona Prime can do a lot of damage to the enemy’s shield with just a couple of shots. Furthermore, Its first mode has a bullet drop and slightly spreads at long distances. If a headshot is attempted, Ehpophne Prime does a ragdoll like an effect. 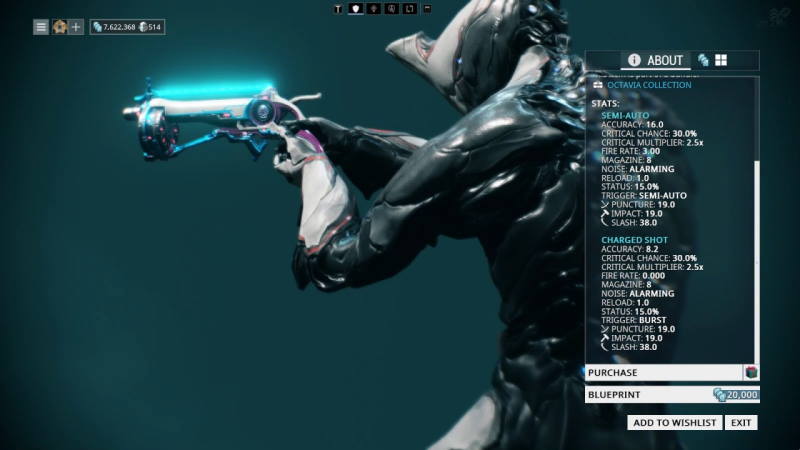 Pandero is another great secondary weapon that, being Octavia’s signature pistol, provides adaptability regarding the type of threat you are dealing with. One of the unique qualities of Pandero; and the reason it got a place in this list is. It can throw all rounds (8 rows per mag)in a burst resulting in tremendous destruction. Additionally, it has great Slash damage, the most useful type of damage to knock out an enemy. Pandero can damage multipliers by taking advantage of the high critical chance and firing semi-auto.

Some of the elements Pandero holds are brilliant primary fire accuracy, very high critical multipliers. High ammo efficiency and great reload speed (increases 20% when wielded by Octavia). Another distinct quality that proves that this weapon is cleverly developed is Its last four shots sound slightly different to indicate the player about low on ammo. Furthermore, Pandero carries the title of the third-highest critical chance of all secondaries. 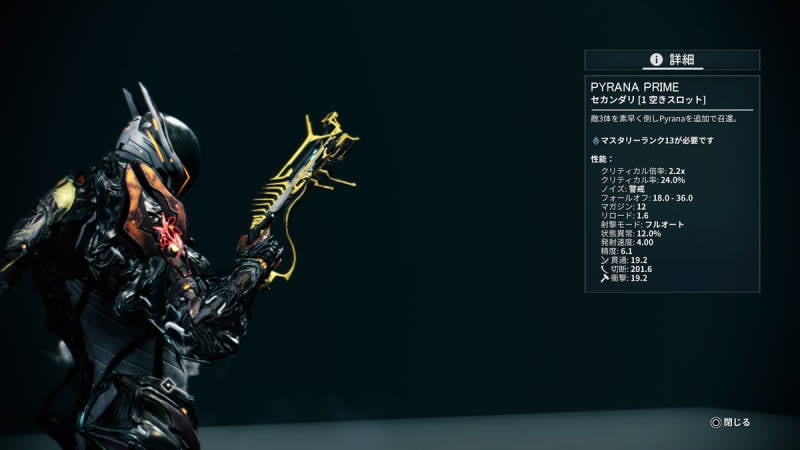 Prynna Prime—a Primed variant of Pryana is one of the coolest weapons in the game. The chief aim for weapons like the Pyrana Prime is to “kill everything you are pointed at, as fast as possible.” Some of the qualities of  Prynna Prime is sporting high critical stats, wider range before damage falls off occurs, faster reload, and extended magazines. However, these qualities come at the price of damage and a slower projectile rate. Furthermore, when you eliminate three enemies in quick succession with Pryana Prime, It creates a copy of itself in your hands for a few seconds—turning into akimbo with a double fire rate of 40% increase and double ammunition.

If you are not that well armored and in a long mission, Pryana Prime is your best secondary weapon. The gun significantly falls off in endurance missions. This fully-automatic weapon causes high Slash damage—the most effective damage and will vanquish the enemy in a couple of shots. If compared to standard Pryana, Its variant Pryana Prime throws off higher critical stats of 3.6%. The weapon generates a large coil that is remarkable when you are dual-wielding with ethereal Pyrana. 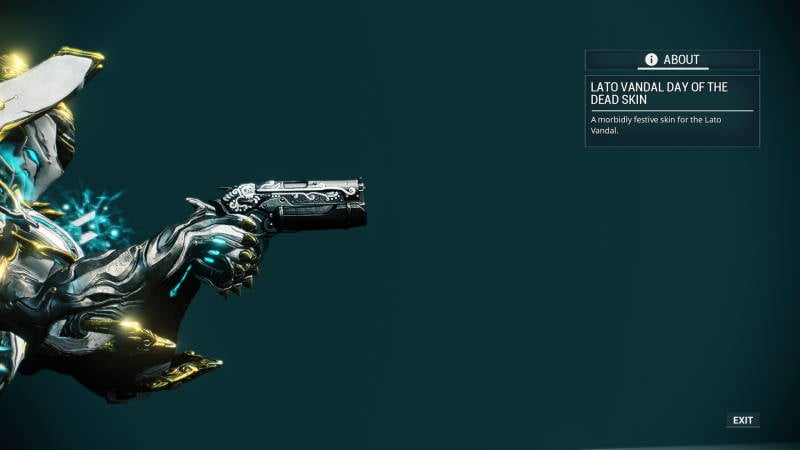 Many players underestimate Lato Vandel. It got a spot on this list because I think Lat Vandal can stand beside every weapon on this list. It is the Vandal version of Lato. Similar to Pryana Prime, Lato Vandal causes very high Slash Damage. However, It has a slower fire rate, and It offers high accuracy and damage value. The Lotus branding on the grip makes it looks elegant in the player’s hand. Some more advantages of obtaining Lato Vandal is it has good base damage, high critical stats, good magazine size. Additionally, it has extraordinary reload speed (very limited DPS downtime).

Lato Vandal, when compared to standard Lato, has surprisingly higher base damage (46.0 vs. 30.0). Higher puncture damage (11.5 vs. 7.5) and greater slash damage (27.6 vs. 15.0). Lato Vandal was unachievable for ordinary players until the 22.18 update. Furthermore, players can trade the weapon parts among themselves; however, players must have at least a Mastery level of 7 to obtain a blueprint. Ultimately, not many are fond of standard Lato, so you can get pretty substantial Rivens for Lato Vandal if you happen to be fortunate.