PlayStation and Xbox have always competed for the top spot in the console war, and despite hundreds of exclusive games and premium tier subscriptions like PlayStation Plus and Xbox Game Pass later, both of them are great options if you want a next-gen gaming experience and don’t have the cash to build an expensive gaming PC.

Xbox consoles benefit a little more in terms of app compatibility thanks to their seamless integration with the Windows Store which is also found on desktop computers and laptops. The new Xbox Series X and S consoles offer breathtaking visual performance when it comes to gaming. However, there is more than what meets the eye when talking about consoles as media powerhouses.

Since people usually use a console with their living room TV, it also doubles as a media player. Almost every streaming platform you could think of has an Xbox or PlayStation version of its app available as well. YouTube is easily the biggest video-sharing platform in existence, and as expected, you can enjoy watching videos from your favorite content creators on your Xbox Series X/S console. 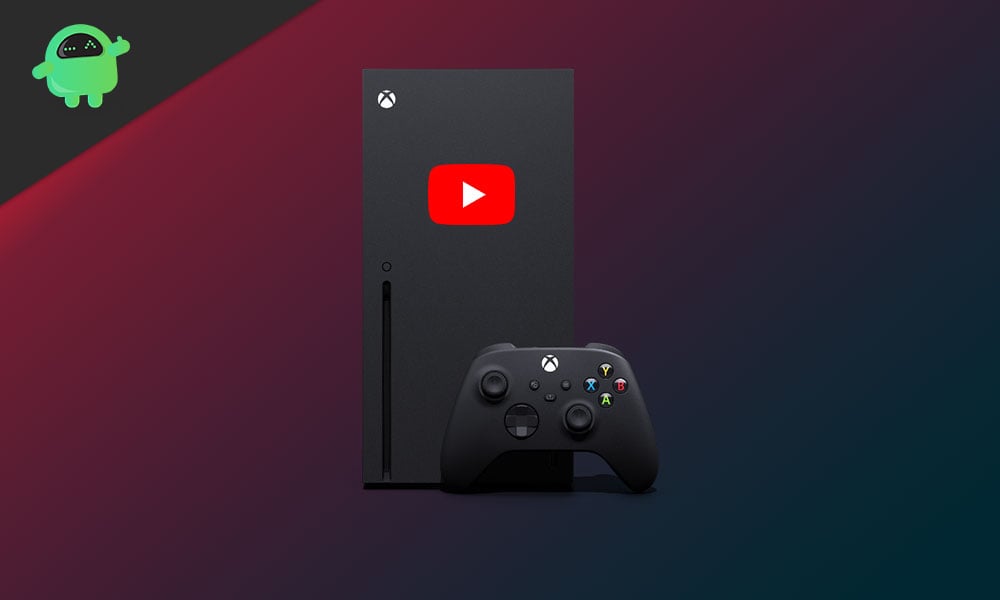 Unfortunately, many users have been complaining about the YouTube app not working with their Xbox Series X/S console. This is why, in this guide, we will be going over some of the best ways to fix Xbox Series X/S YouTube crashing or not working issues.

There could be a plethora of reasons as to why you might be facing such an issue while trying to watch videos using the YouTube app on your Xbox console. The issue might be either be related to the YouTube app, or your Xbox console itself. Below are some of the most common fixes that ought to fix this annoying issue for you. Follow the tips in a chronological manner until one of them finally solves the issue for you.

2. Check for any Software Updates

Open the Settings app on your Xbox Series X/S console and check for any software updates. Most apps on the Xbox usually require the latest version of the operating system to be installed. If you have any software updates available, then we recommend you upgrade your Xbox console with a reliable internet connection.

Open the thee app store on your Xbox Series X/S and check if the YouTube app has any updates available. The bugs might have been caused due to a bad update previously and in such a case, there is a hotfix available almost immediately.

If you usually have your Xbox connected and always turned on then maybe rebooting it might fix any bugs with the apps installed on your device.

Ensure that your Xbox Series X/S console is properly connected to your WiFi. If not, re-add the network under the Settings app. Alternatively, if you have an ethernet connection, ensure that it is connected properly. Lastly, you can try rebooting your WiFi router itself to see if that fixes any connection issues.

If nothing else fixes the annoying YouTube crashing issue for you, we suggest you try to factory reset your Xbox console itself. This can be done within the Settings app but beware, this will cause you to lose any data stored on your device, including any downloaded games.

We hope our guide on how to fix Xbox Series X/S YouTube crashing or not working issue was helpful to you. If you have any tips other than what we’ve mentioned, do let the other readers know in the comments below! If you have any queries regarding the guide, feel free to contact us, we’d be happy to help!