Adobe suite including Photoshop and After Effects are the two major software every content creator has to keep. But with the recent Windows 11 installation, many users are facing the issue of After Effects crashing or freezing on Windows 11. The app crashes without any warning or error message making it difficult to troubleshoot. If you are a graphic designer professional or freelancer who edits videos for a living, crashing Adobe After Effects can definitely put you in a bad spot.

Since the launch of Windows 11, many new features were launched with the emphasis on more compatibility of apps and software across devices. But to the contrary, much important software such as Adobe After Effects have been stopped working or either crashed on Windows 11 PC. This issue is most likely to be installation file-related or graphics-related. So here are some troubleshooting steps you can use to fix this.

Before going through this guide, it’s a good idea to check basic troubleshooting steps. Sometimes the app crashing issue is due to low ram or low CPU resources. So restart your PC and see if the issue persists. Below are some methods which will help you out.

Method 1: Delete the temp folder of After Effects

In Windows 11, many apps are crashing unnecessary. And the main reason behind this is the temp folder. When software fails to override the data in the temp folder, it usually crashes. So you can easily fix this by deleting the temp folder inside your C drive.

Temp folder usually stores temporary information, so make sure to save your unsaved files or project before deleting this folder. 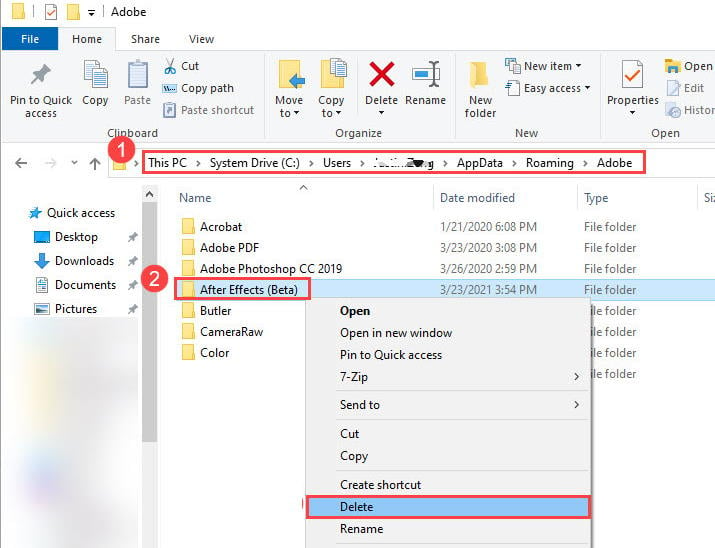 Find the After Effects folder and delete it.

Now Launch After Effects to see if this issue persists.

Adobe softwares are very resource heave in nature and usually depends on hardware acceleration to run smoothly. But sometimes this setting can backfire and may cause crashing or freezing issues with After Effects. So, temporarily disabling the GPU acceleration feature to fix the issue.

Launch After Effects and go to Edit > Preferences > Display 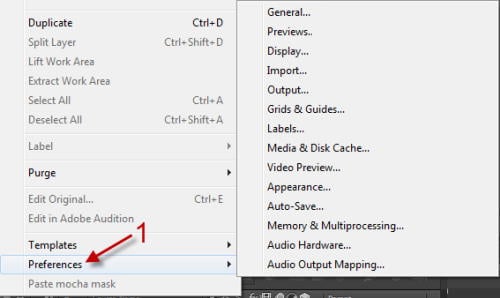 Untick the box next to Hardware Accelerate Composition, Layer, and Footage Panels.

Click the GPU information button in the Fast previews section and switch GPU to CPU.

After you are done with these settings, restart After effects and see if the crashing issues persist. The software may take a longer time to load files and previews, but it will reduce the chances of crashes and data loss.

As we said above, Adobe After Effects is resource hungry and may eat all the available memory in your PC. And it may crash further when your computer is running out of memory. So to resolve this issue, you can try purging memory and cache. 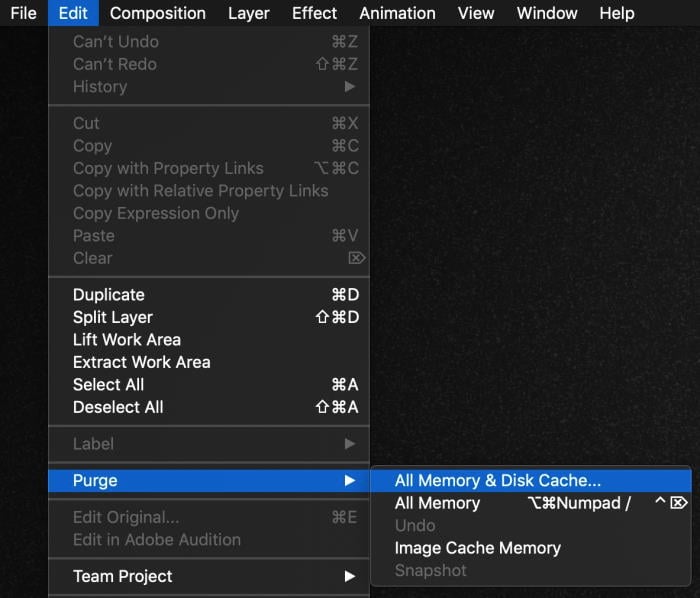 Click OK to delete all files from your disk cache.

Launch After Effects again to see if it crashes or not. If it still crashes, try the next fix below.

Its important to keep your graphic driver updated as its the major component Adobe uses to run its applications. We have a complete detailed post on How to Update Graphics Card Drivers.

Below are the links for your graphics card, head over to their respective website and download it:

You will have to select the exact model of your computer’s graphics card, which we got from the previous step.

You also have the option of letting the site scan your system to automatically determine what drivers you need. Just be aware that sometimes, you’ll be asked to install a utility that performs the scan.

Codecs are used to encode and decode your video files in After Effects. When codecs are corrupted or installed incorrectly, it may trigger the After Effects crashing issue. This can happen with incompatible plugins as well. So make sure to disable any unnecessary plugins and update all the codecs.

If you are not sure where to download the right codecs, then don’t worry. As these codes are already a part of the Adobe bundle. But we recommend you to install VLC media player, as it comes with additional video codecs which will fix the crashing problem with After Effects on Windows 11.

If none of the above methods works for you, then it means that your installation is corrupt. It usually happens when one or more important files from the software directly are missing or deleted. So you have to reinstall After Effects to fix this issue.

This can be thought of as a temporary method but it works for the majority of users. You can think of it as a bug that when you move Adobe After Effects in fullscreen mode, the app crashes. So make sure to run the app in windowed mode.

When the app starts, click on the “Windows” button on the keyboard and the app will run in window mode only. I hope this works for you until Adobe comes with an official fix.

This brings us to the end of this guide for Adobe After Effects Crashing or Freezing on Windows 11. Although most of these issues may vary from person to person, updating the After Effects application along with graphic drivers will fix the issue. If none of these works for you and using Adobe After Effects is very essential for you, then we recommend you to re-install Windows 10 on your PC and wait until an official fix is released for compatibility on Windows 11.